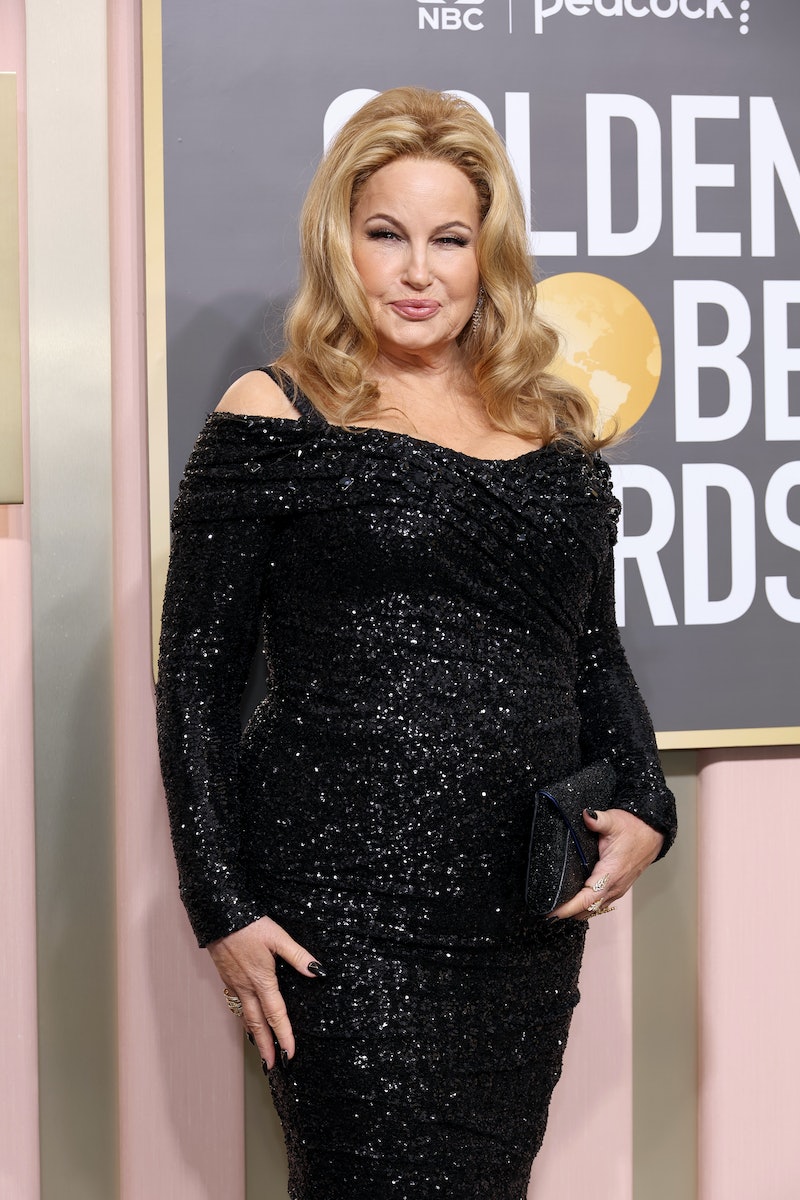 It’s been about a month since the finale of The White Lotus season 2, but the most hardcore fans of the HBO Max show are still coming up with scandalous theories, reeling over the series’ dramatic ending, and obsessing over the fate of Jennifer Coolidge’s character Tanya (arguably the most beloved character of all). And White Lotus watchers aren’t the only ones praising Coolidge’s performance in the series. Besides being named a presenter at the 2023 Golden Globe Awards, her work has also earned her a win for Best Supporting Actress in a Limited Series, Anthology Series, or TV Movie.

For the special occasion, Coolidge tapped makeup artist Lilly Keys (who used Victoria Beckham Beauty) to complete her boudoir-inspired glam, as well as celeb hair guru Janine Thompson (who used all things Better Not Younger, along with some vintage rollers) for her sultry, voluminous blowout.

As for their inspo? Thompson shares that they tapped retro references to attain “the sex appeal, mystery, and glamour of a 1950s Italian movie star.” Keys tells Bustle that Coolidge wanted to “go all out for the carpet,” and both Sophia Loren and Brigitte Bardot were their makeup references for the evening. What’s more, Jennifer was adamant about wanting “fresh, dewy, and glowing skin,” and went sans any heavy powders.

As for the specific products used, Keys exclusively told Bustle that she tapped Victoria Beckham Beauty’s Cell Rejuvenating Priming Moisturizer in the shade Golden (an instant hero product from the collection), Satin Kajal Liner in Ash, the Matte Bronzing Brick in 02 Honey, as well as the brand’s Posh Gloss in Tanline, to name just a few.

Although Keys said with a cheeky laugh that “everything we say in the glam room, stays in the glam room,” she did note that the day spent together prepping for the Golden Globes was pretty relaxed, and that Coolidge was just as “chill, sweet, and funny as you’d imagine” IRL. And for those obsessed with the Ariana Grande x Jen Coolidge love affair the internet has been blessed enough to witness unfold before their eyes: Keys says she used Ari’s very own r.e.m. beauty lashes to complete the look, which made Coolidge *very* happy.

More like this
The Best Beauty Looks Spotted At Paris Couture Week 2023
By Audrey Noble
11 Stunning Critics' Choice Awards Beauty Moments
By Audrey Noble
15 Modernized '60s Makeup Looks & Hairstyles That Feel Wonderfully Retro
By Olivia Rose Rushing
This Week’s New Makeup Releases & More Beauty Headlines
By Audrey Noble and Erin Stovall
Get Even More From Bustle — Sign Up For The Newsletter
From hair trends to relationship advice, our daily newsletter has everything you need to sound like a person who’s on TikTok, even if you aren’t.