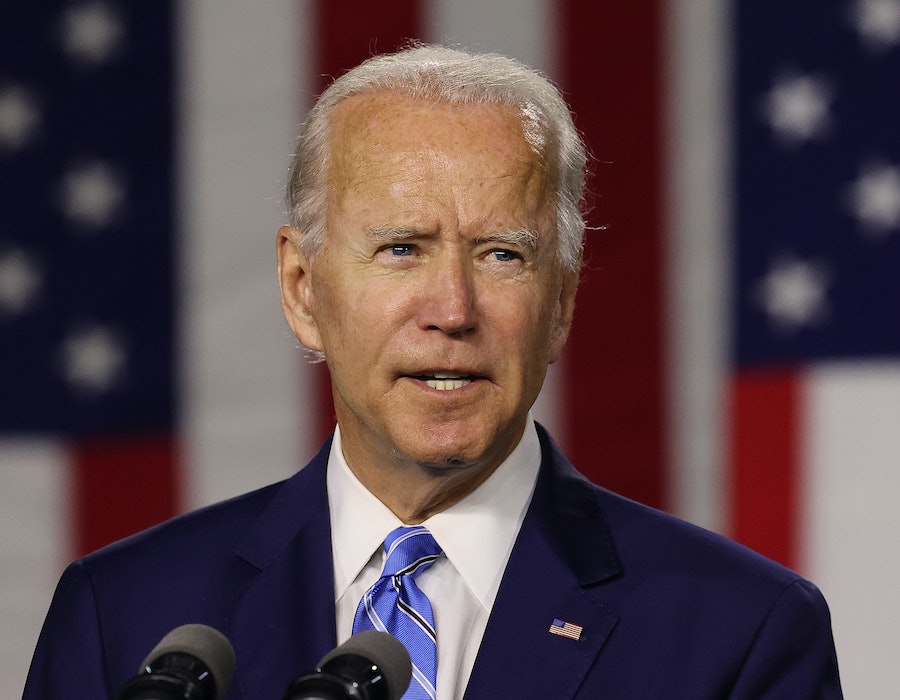 President-Elect Joe Biden has a new hat. Fans first gained wind of the head gear when Dr. Jill Biden shared a picture of the two holding a sign, which reads “Dr. & Vice President Biden Live Here,” with the First Lady-elect's hand covering the word Vice. While the sign was noteworthy enough, Joe Biden's "We Just Did. 46" hat immediately stole everyone's attention. Followers pointed out that it seems to throw a bit of shade at Donald Trump. "We just did," to some, feels like a direct response to the embattled President's campaign slogan, "Make America Great Again."

Twitter is going wild with this speculation and praise for Biden's marketing team. One follower commented, “The hat is top level from Joe Biden—perfect response.” Another shared, “That’s one cheeky hat Joe Biden but I like it,” then posting a side-by-side of the two prior candidates.

This isn't the first time Biden's team has garnered praise on social media for quick and witty merch slogans. At the Vice Presidential debate in October, after a fly landed atop Mike Pence's head at the very moment he started denying systemic racism, the Biden team responded with a "Truth Over Flies" swatter — and 15,000 sold by 12:00 AM EST the night of the debate.

In the same way, the first Presidential debate in September inspired "Will You Shut Up Man?" merch from Biden's team. Trump interrupted the now President-elect as he was urging Americans of all political affiliations to vote in the election. Biden famously responded “Will you just shut up man?” and soon after, T-shirts with the phrase and Trump's face were available on his official campaign website.

While the election is now over and Biden will soon be formally inaugurated as President, fans won't soon forget the clever merch that coincided with his historic campaign. They'll continue to thank the marketing team for providing him and the country with a lifetime’s worth of perfect swag.