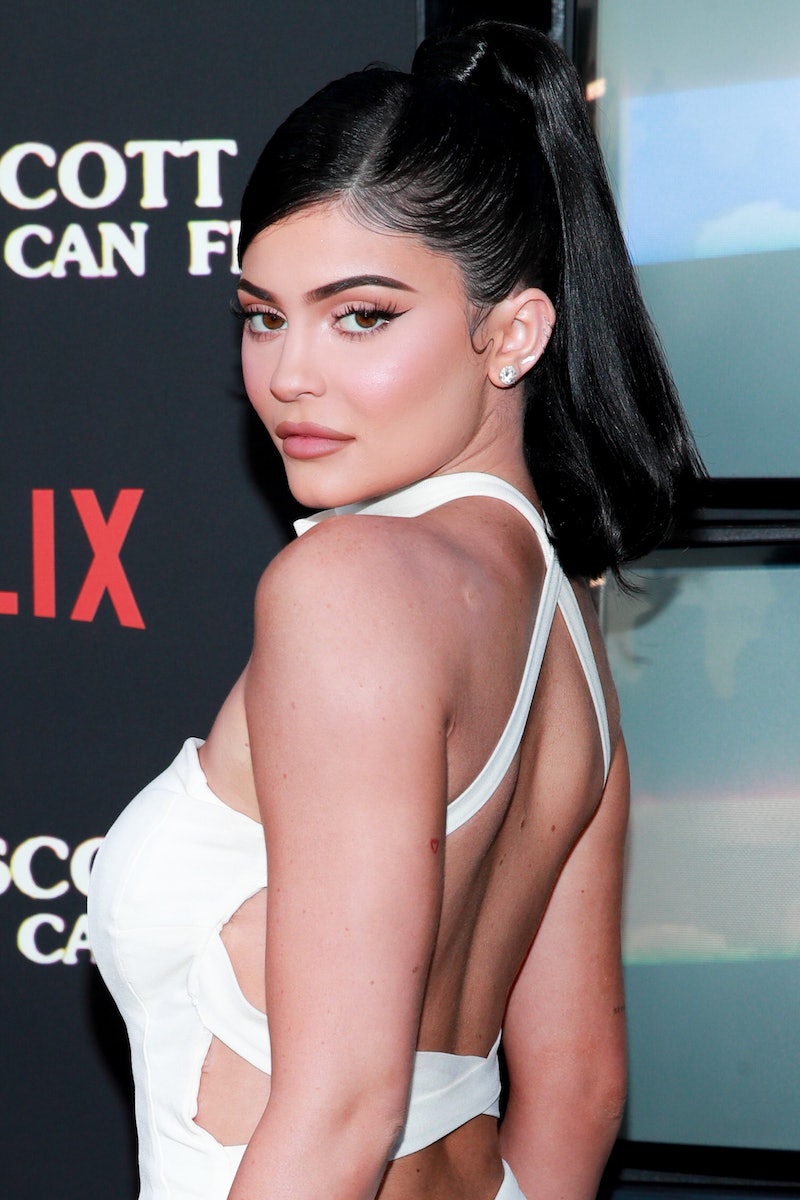 Something mysterious is happening in the beauty world. As of two days ago, the Kylie Cosmetics Instagram feed has been deleted, save for one single post featuring an expressionless, lingerie-clad Jenner posing alongside the caption: “Something is coming.” The beauty mogul and reality TV star also took the opportunity to debut a new set of asymmetrical bangs. Sure, the new ‘do is likely a wig — but the look certainly adds to the mystique.

It’s left her followers scrambling to figure out what this could possibly mean. Perhaps Jenner is signaling the beginning of a new era for the brand? Kylie Cosmetics has already teased that a ton of fun products are launching in July — from bronzer sticks and highlighters (er, Kylighters) to faux lashes and eye glazes. Whatever this one is, it’s gotta be something major.

Like her sisters, Jenner has been known to be something of a beauty chameleon over the years, donning rainbow-colored wigs and even dyeing it candy-colored shades. Given that Jenner seems to be embracing her natural locks lately, her new look in the promo pic — temporary or not — comes as a bit of a surprise. But it’s not the first time Jenner has played with bangs, both in her natural hair color and in experimental hues like blue and orange. Most memorably, the star sported a bold eyebrow-grazing fringe to the VMAs in 2015. To put it bluntly (sorry), she likes to have fun with her hair and pulled out all the stops to tease this launch. Now, the countdown to the new collection’s reveal is on.