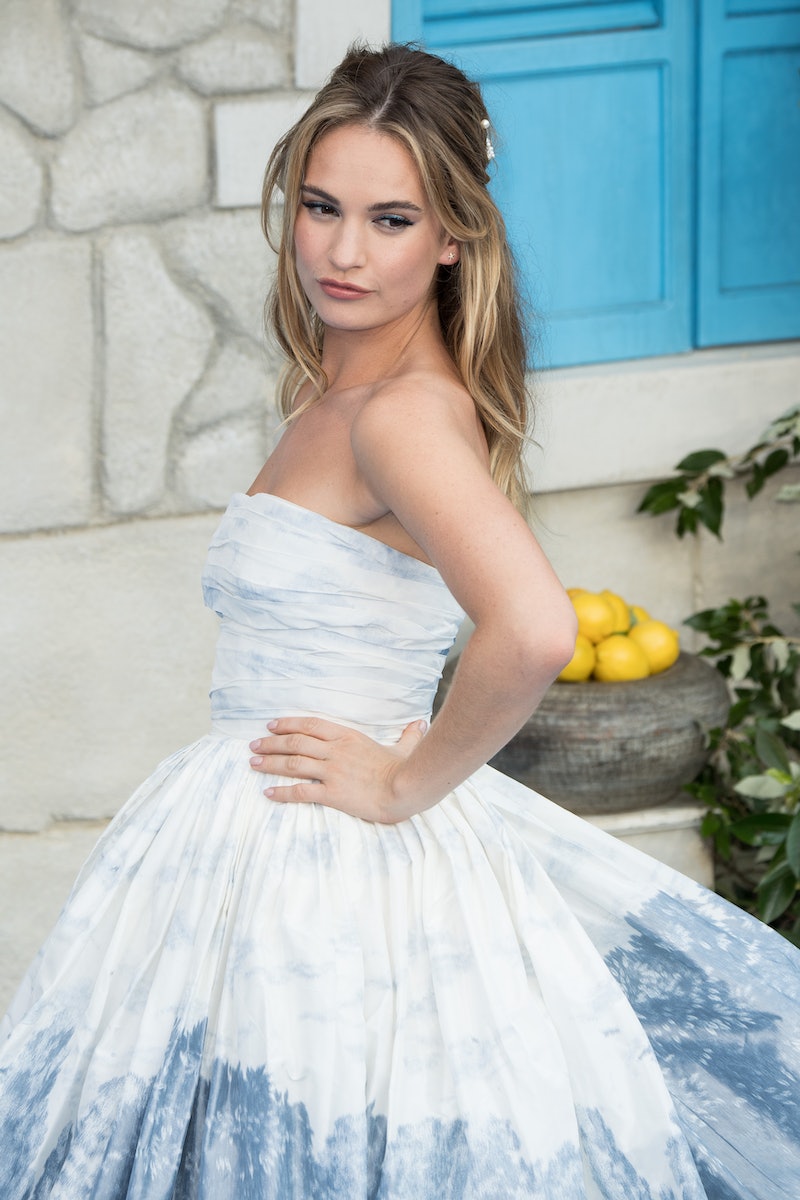 While it seems that everyone in the world is obsessing over this year’s new copper hair trend, Lily James has other ideas. The actor, who is already known for her incredible transformations, decided to switch up her look like never before.

On Sunday, Jun. 24, the Downton Abbey star debuted a new dark brunette hair colour at an event in Beverley Hills for her critically acclaimed drama, The Pursuit of Love, which will be released in May. James showed off her gorgeous new locks on the red carpet, which she styled with a gorgeous chocolate brown Aya Muse pantsuit and killer Versace shoes. The message her look was giving? She means business.

The stylist behind the incredible look is none other than celebrity hairstylist Danilo Nixon, whose clients also include Gwen Stefani, Penelope Cruz, Natalie Portman, Lady Gaga, and Selena Gomez. He was also the hairstylist behind James’ polished looks at the Oscars, and Vanity Fair Oscars party.

It’s not the first time the actor has wowed us with a brand new look. Earlier this year, James left us speechless after she was completely transformed into blonde bombshell Pamela Anderson in her latest series, Pam & Tommy. Her resemblance to the Baywatch star is seriously uncanny, and definitely one of the best jobs we’ve seen from a biopic in recent years.

It appears that the Cinderella star has just returned from a tropical holiday, after she posted a picture of her beach waves and sunkissed ends on Instagram on Apr. 20. While James is known to rock lighter shades, from peroxide blonde to ombre with dark roots, her latest look proves that she can pull off any colour.

It’s unclear whether James’ bewitching look is for a new role or if she just felt like switching it up. Either way, we are here for it. In the meantime, as we wait to see what look the actor will stun us with next, we look forward to seeing her in the upcoming British romantic comedy, What’s Love Got To Do With It?, which is due to drop some time this year. The film is a cross-cultural romance about love and marriage, set between London and Lahore, Pakistan. We know James’ performance will blow us away, just as she has with her recent hair revamp.