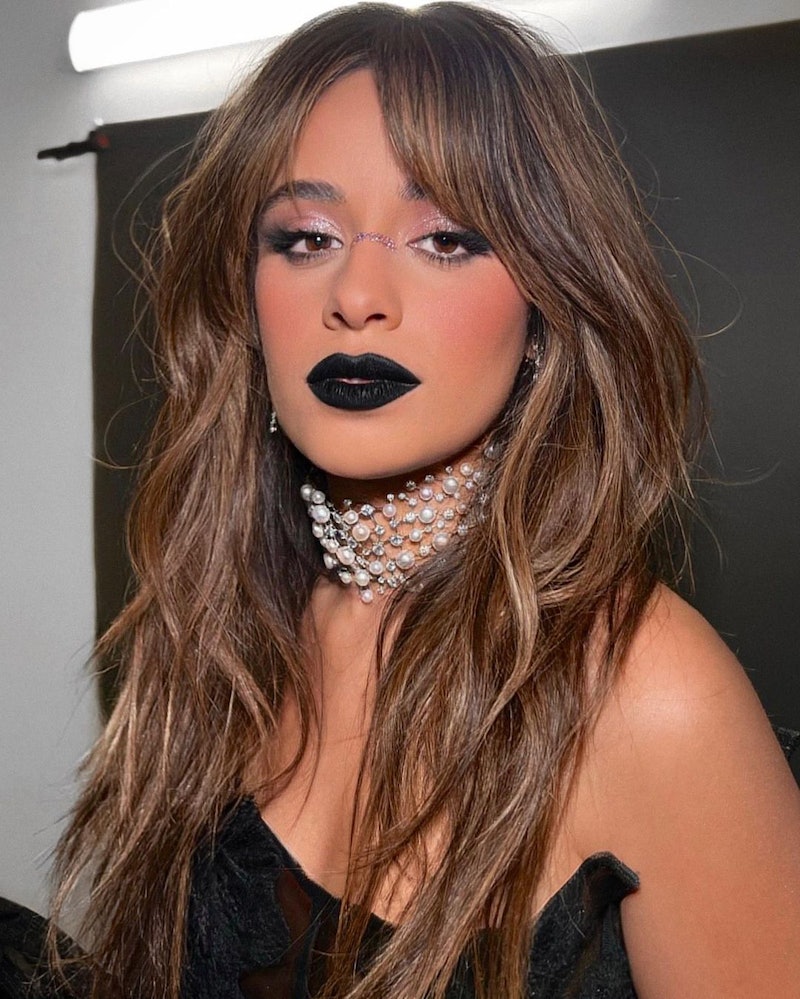 Thanks to pop culture phenomenons that have a “more is more” makeup mentality (I’m talking about cult-fave shows like Euphoria), rhinestone eye makeup, glamorously bedazzled nails, and even Y2K-era gemmed hair have since been a total mainstay trend — and TBH, the experts admit that rhinestoned looks are showing no signs of stopping as the new year approaches.

While the rhinestone makeup trend has been going strong and steady for quite some time now, makeup artists and beauty lovers alike have no doubt incorporated sparkling gems in increasingly creative ways. Case in point? Two of the heaviest hitting pop stars in the industry — Camila Cabello and Blackpink’s Jennie Kim — have been spotted with bedazzled noses just this week. You read that right.

Though gemstones laid across nose bridges may seem a bit out of place at first glance: It makes complete sense that beauty loving girlies would take to the fresh new look. My theory? Freckles were truly the it-girl of summer, with countless hacks taking over the feeds of BeautyTok. And now that the cooler winter months have entered the chat (with much less sunshine and fresh-faced, freckled looks), sweet sun spots dancing across one’s nose have transitioned to a much more maximalist version of the reigning trend.

Days after Cabello’s show-stopping beauty moment (that has since been recreated quite a few times by glam-loving stans), K-Pop living legend Jennie from BLACKPINK was spotted in a similar look while on stage, with her nose bridge bedazzled for a more subtle yet oh so sweet effect.

With two major pop stars getting in on the trend within a few days of one another — I personally can’t wait to see who taps the look next.

More like this
Kim K, Oprah, & Jennifer Lopez Celebrated 25 Years Of Anastasia Beverly Hills
By Olivia Rose Rushing
The Best Beauty Looks Spotted At Paris Couture Week 2023
By Audrey Noble
Pamela Anderson's Most Iconic Makeup & Hairstyle Moments
By Olivia Rose Rushing
15 Modernized '60s Makeup Looks & Hairstyles That Feel Wonderfully Retro
By Olivia Rose Rushing
Get Even More From Bustle — Sign Up For The Newsletter
From hair trends to relationship advice, our daily newsletter has everything you need to sound like a person who’s on TikTok, even if you aren’t.