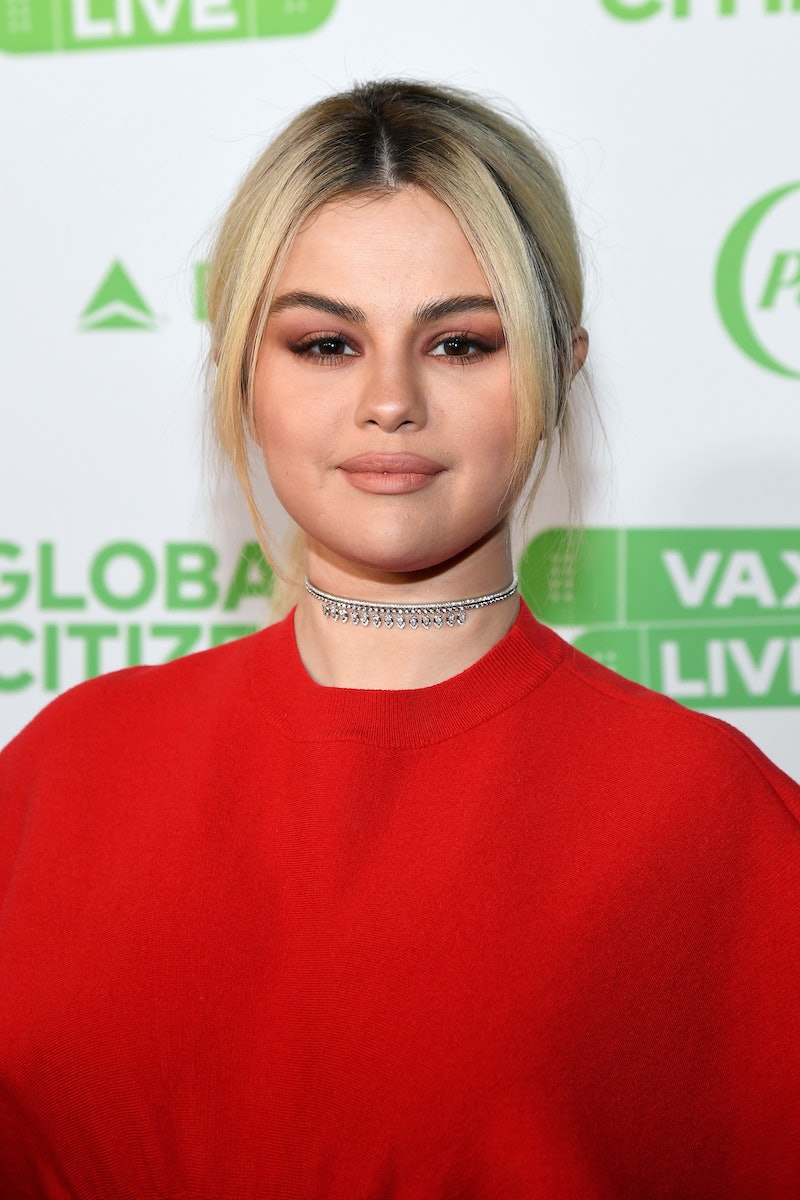 Nail art has been thriving lately, and you don’t have to look any further than Selena Gomez’s recent French manicure for proof. After the Rare Beauty founder hosted Global Citizen’s Vax Live: The Concert to Reunite the World, her nail artist Tom Bachik treated his IG followers to some behind-the-scenes shots that revealed a mani that paired mod-inspired French tips with the splashy red underside of Louboutin nails.

“French Twist with a Flipside,” Bachik captioned the post of Gomez showing off her hand-modeling skills. To get the look, he first used OPI GelColor in Black Onyx for a glossy, dark base. Then, he painted a thick, moon-like curve along the tip of Gomez’s long almond-shaped snails using OPI GelColor in Alpine Snow. As a finishing touch, he painted the back of each nail with OPI GelColor in Big Apple Red, a fiery, bright pop that coordinated with her dress. And just like that, your new favorite version of the French mani was born.

Bachik also did Jennifer Lopez’s nails for the event, painting hers with a sheer neutral that was topped with holographic glitter. Both performers used their platforms to encourage the public to get vaccinated and push world leaders to achieve vaccine equity.

If you’re feeling inspired to get in on the nail art game, there’s plenty of inspo to be found. You can always get artsy and try the watercolor trend, experiment with press-ons, get fun with color à la Gigi Hadid, or take a cue from Billie Eilish and slay a matching mani-mask combo.