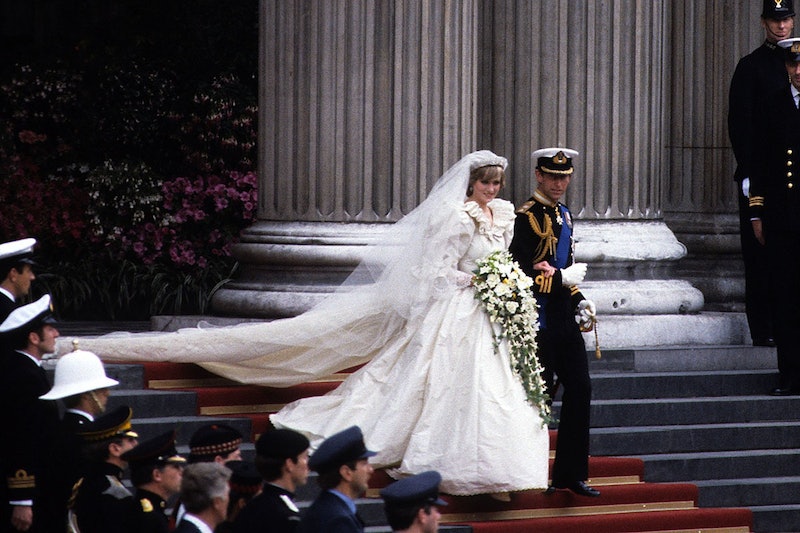 It’s no secret that the Royals have to follow quite a serious set of traditions, especially when it comes to royal wedding. The events fascinate the world over with old-fashioned rules that keep the big days just as quirky as they are joyous. One of the stranger royal wedding traditions Lady Diana followed when she married Prince Charles 40 years ago on July 29, 1981, was to have two bouquets, but what is the tradition behind it, and why did Princess Diana have two bouquets at her wedding?

Florist David Longman, who was in charge of Diana’s bouquet for the wedding in 1981 said on The Wedding of the Century that the bride-to-be asked for two copies of her Lily of the Valley, stephanotis, and orchid long-drop bouquet to be made. Speaking on the feature-length documentary about Diana and Prince Charles’s wedding, which is available to watch now on Britbox, Longman said that the people’s princess was “very easy to deal with. She wasn't particularly demanding. She was always charming.”

But the reasoning behind asking for two wedding bouquets dates further back than Diana and Charles’s wedding in 1981. Princess Diana reportedly took inspiration from her future mother-in-law, Queen Elizabeth, who had asked for her bouquet to be left at the Tomb of the Unknown Warrior in Westminster Abbey on the day of her own wedding in 1947.

The Tomb of The Unknown Warrior is an interment in Westminster Abbey which holds an unidentified member of the British armed forces killed during the First World War. The unknown soldier was chosen to be buried at Westminster Abbey, which is traditionally where kings and queens of the British Empire are buried, to honour the unknown dead from the war. The Unknown Soldier was buried at the same time as a French unknown soldier on November 11, 1920.

“If you look at the photographs from Princess Elizabeth's wedding,” said Longman, “you will see that in the big photograph with all the bridesmaids, everyone is carrying a bouquet, except the bride.”

"The princess asked for her bouquet to be put on the tomb of the Unknown Warrior,” he added. “Lady Diana had heard this story so she said: ‘Please can we have two bouquets?’”

However the then-Princess Elizabeth was simply following a tradition that had been started by her mother, Elizabeth Bowes-Lyons, the Queen Mother, before her, on the day of her wedding to Prince Albert (later King George VI). As the then-Lady Elizabeth entered Westminster Abbey on her wedding day in 1923, she stopped to lay her flowers at the Tomb of the Unknown Warrior.

The tomb was the only one not to have been covered by a special red carpet for the royal wedding and the gesture was to honour Elizabeth’s brother, Fergus Bowes-Lyon, who died at the Battle of Loos in 1915, and to pay tribute to the millions of other members of the armed forces who died in World War I, according to the royal family website.

As she left the bouquet as she entered the Abbey, Queen Elizabeth, the Queen Mother, was the only Royal bride to actually walk down the aisle without her bouquet, but many Royal brides have adopted the gesture since then, instead laying their flowers on the tomb after the ceremony.

Royal brides getting married in other locations have still maintained the gesture. Both the Duchess of Sussex and Princess Eugenie were wed at St George's Chapel at Windsor Castle in 2018, but had their wedding bouquets laid at the Tomb of the Unknown Soldier at Westminster Abbey in London. Princess Beatrice also had her bouquet laid at the tomb following her 2020 wedding at the Royal Chapel of All Saints in Windsor.

The Queen also paid her respects during a private visit to the tomb leading up to Remembrance Sunday in 2020 by leaving a replica of her wedding bouquet on the grave, per Hello Magazine.