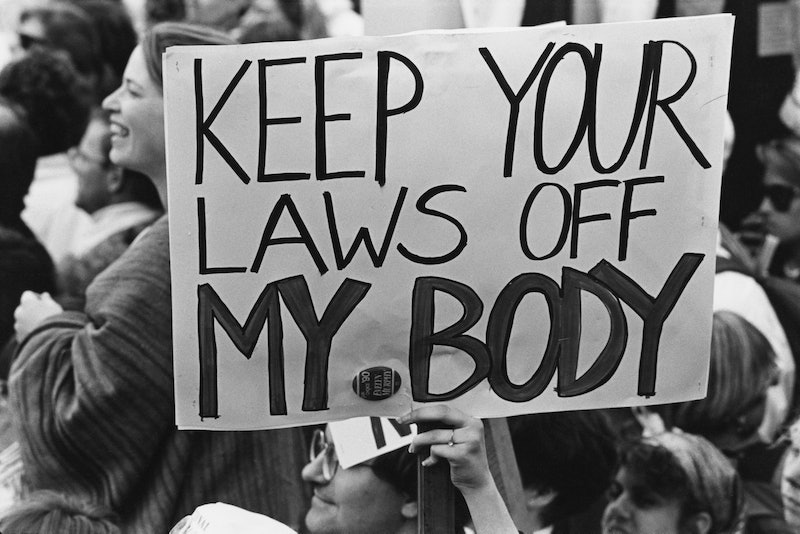 That’s why Amy Hagstrom Miller, the CEO of Whole Woman’s Health, says that Joe Biden’s election isn’t necessarily an effortless victory lap for reproductive rights. Here, she explains why she’s concerned about the anti-abortion movement’s latest strategy and how there’s no way to be an abortion provider in the South without maintaining a constant level of optimism. “I’ve heard, ‘Roe is going to fall’ my whole life,” she tells Bustle, “and it hasn’t been the case yet.”

Tell me about how you were feeling on Election Night versus when the race was finally called on Saturday.

My head told me to be patient, but I was worried. I went to bed on Tuesday with the same numb feeling I’ve had all 2020. Then, on Saturday, I was having a late breakfast and coffee on my patio when I heard my next door neighbor literally shout, “It’s over!” from his rooftop at 11:30 a.m. We popped bubbly and didn’t stop until 7 p.m. It was the most carefree, happy, and relaxed I have felt in ages.

Given how this election shook out, how are you feeling about abortion access in America?

It’s not lost on me that the actual procedure of abortion is exactly the same no matter where you live. But what you have to go through to obtain that care is night and day depending on where you live. In Texas, we have already been living in a post-Roe U.S. We really do have two different Americas.

Even though a lot of white people voted for Trump, the level of engagement for Biden-Harris tells us so many people don’t believe that elected officials like Lindsey Graham and Mitch McConnell represent the majority of Americans. It will take us some time to get a Senate and Supreme Court that represent what the majority of Americans believe — namely, that support access to safe abortion.

The chipping away at Roe is very real. For most people, abortion is legal on paper, but access is a real challenge. I’m hopeful this new administration will have the power to secure people’s rights through issuing executive orders and developing policies, without being wholly reliant on the Supreme Court. I dream of a few things — lifting restrictions on telemedicine for abortion care, letting providers bill Medicaid and insurance companies, continuing to allow providers to mail medication abortion pills to patients. We should block two-visit requirements and waiting periods for abortion care, and while we’re at it, get rid of forced ultrasounds and fake “state mandated counseling” scripts.

I would also want to see the new administration define abortion care as essential medical care — care that can’t be delayed in a pandemic.

Can you say more about how there’s “two Americas” when it comes to abortion access?

The stigma associated with abortion, which is manufactured by the religious right, is something that really has struck in the places where people think abortion care exists outside the medical mainstream. People think it’s normal to go through mandatory waiting periods to second-guess their decision or have bans on their insurance covering abortion. An entire generation of people has been told they’re not the kind of person who has an abortion.

Our strategy is to deliver abortion care like any other kind of care. In my clinic in Virginia, we have nurse practitioners, nurse midwives, and doctors integrated into providing primary care services, including abortion. But we can’t do that in Texas. Lawmakers allow people’s feelings and beliefs to determine what everybody has access to, without paying attention to what science actually says. As a result, people have come to expect that abortion is a healthcare experience outside of the norm, which it isn’t.

Voters in Colorado rejected their state’s anti-abortion ballot proposal, but voters in Louisiana approved a constitutional amendment saying there is no right to abortion in that state. What does that mean for what’s to come nationally?

A longtime strategy of the anti-abortion movement is to elevate the fetus to full personhood, the same as the person carrying the fetus. People say things like, “These are future voters and we need to protect these voters’ rights.” What Louisiana just did was add language to their state constitution denying “the right to abortion or to require the funding of abortion” as a means of “protecting human life.”

Post-Whole Woman’s Health, the anti-abortion movement’s strategy has moved away from alleged concerns for the health and safety of the woman to focusing on the health and safety of the fetus, like what you can read between the lines of the Louisiana amendment. That’s why you see so-called heartbeat bans, D&E bans, personhood amendments, and fetal tissue disposal and handling regulations. It hasn’t been proven yet whether these new strategies are working — there hasn’t been a successful D&E ban, and they’ve tried this in multiple states. But they had to come up with this new strategy because we won in Whole Woman’s Health. The Whole Woman’s Health standard has been used in at least 12 states to repeal bad laws or block them from going into effect. That’s a huge victory.

What does a Biden win tell you about the future of reproductive rights?

Biden-Harris can block a lot of bad things from a Republican Senate from going into effect through the veto. But because of this turn of the Supreme Court, I think we’ll seek justice through legislation. My hope is if we end up with a Democratic majority in the House and the Senate, we could advance the Women’s Health Protection Act or other federal legislation to codify Roe. But a Republican majority Senate will block what Biden tries to advance, just as they did with Obama, so doing that will be complex at this point.