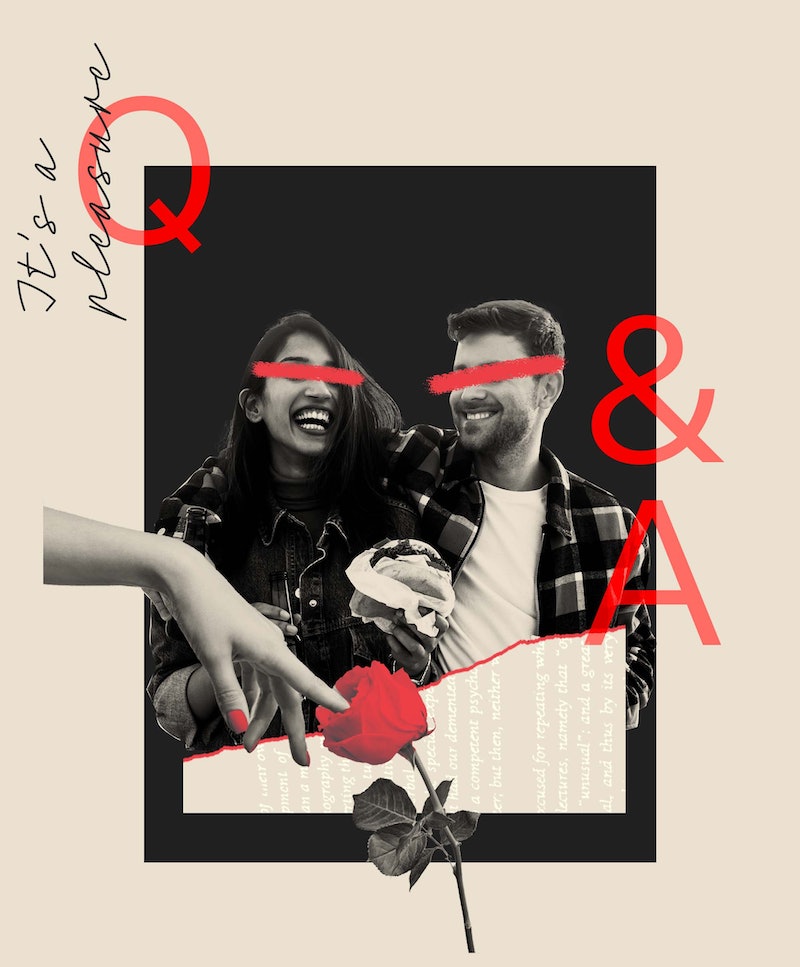 Q: I know in theory that plenty of people keep in touch with their exes and even maintain real friendships with them. But I’ve never been able to do it. I’ve never been all that interested in staying friends, honestly — I thought I was with my most recent ex, but looking back on it with some distance now, I can see I still had feelings for him and didn’t want to let go. I wanted to keep that special place in his life, that number one spot. If I couldn’t be his girlfriend, maybe I could be his best friend. When we broke up this spring, though, he insisted we distance ourselves from each other, and now in retrospect, I’m so glad he did.

Is this my issue, or his? Is it inappropriate for him to have hung on to an ex like this? I’ve never met her, and I’m not sure if that makes it all better or worse.

A: You asked one of the most excellent questions — “Is this my issue or his?” The answer is: it’s your issue, plural. (This is one of those times when I wish English had a different word for the plural “you”). Not your issue and also his issue, but yours together. Think of the difference between a test you and your partner are studying for together, but ultimately taking on your own, versus a group project. This, as with most things in a relationship, is a group project. You will both be graded on what you do together. And the grade comes in the form of relationship satisfaction.

You guys are going to end up solving this problem together one way or another, whether that happens through a failure to communicate, leading to fights that result in an eventual breakup; or by talking it out, suffering through some boundary trial and error, and ultimately (maybe painfully) finding a solution that satisfies both of you. The choice you have in front of you now is what that ideal outcome looks like, and how much you want to work together towards it.

You are absolutely allowed to feel this way about this situation. I also want to nod to the fact that there are many, many people who would be much more militant about the scenario, who would absolutely shut that sh*t down and demand that he end the friendship. Personally — and here’s where I want to remind you and anyone else reading that this is a column with my advice, and not everything I suggest has to work for everyone — I think that attitude is shortsighted, and worse, controlling. Issues of control very frequently rot relationships.

That said, so do trust issues. And I’m not just talking about you blindly trusting your boyfriend not to sleep or flirt with his ex. I’m also talking about him being trustworthy enough to not put you in positions that make you question him. I’m talking about him trusting you when you say that something hurts, and him trusting that your needs are reasonable. OK? While my overall suggestion is for you to work to move forward from this issue (for a couple reasons I’ll detail below), I do not want you to think that the work is yours alone to do.

Look, you don’t need to work toward being in love with the fact that he’s friends with his ex. I do, however, think you have a lot more to gain than lose by trying to accept this friendship. None of us can be everything to our partners. Ever. Early on, however, we all have a tendency to over-rely on our partners for, well, everything — fun, emotional support, relaxation, you name it. It’s why outside friendships often fall to the wayside at first. Slowly, when you come out of the early love bubble, you often start to add people and support systems back in. It sucks to be one of the friends who finally gets a call seven months into your buddy’s relationship seeing if you’re free, but it can also hurt for the people in the relationship to be jostled around, repositioned in a more healthy and sustainable place: still the bullseye, but not the whole damn dartboard.

I promise — even if it’s painful now — the fact that he has outside relationships and hobbies is a very good thing. It’s something that seven years down the line you will appreciate. (It probably won’t even take that long.) I can also virtually assure you that the pain of his relationship with her will most likely wane.

You might be thinking, “Why does it have to be her though???!?!!” And to that I say, why does any friendship form? Why does anyone feel like a safe person to spill your guts to? Why do some people stay in our lives longer than others? Such is life! You have to remember that your boyfriend is specifically not with this person romantically anymore. He is with you. He just likes rock climbing and probably still has a strong foundation of friendship with his ex.

I’m not saying that’s easy to accept. I had a similar situation with my boyfriend early on where I couldn’t understand this very intimate friendship he had with another woman. It bothered me relentlessly until I finally exhausted myself like a dog chasing its tail and let it go. Now, four years later, I’m close with her myself and very grateful that he can talk to her about things — including his relationship with me! He deserves good outlets!

My point isn’t that you need to just “get over it,” or that getting over it is something you owe to him. My point is that you might be surprised how lovely it feels to put down the negative feelings about his relationship with her. Again, that’s not just your work to do to get to that outcome. He must participate and listen and be open, too.

Here are my concrete suggestions for how to navigate this moving forward. First and foremost, try to understand and remind yourself that you and your boyfriend are different people with different exes. His motivations for getting a drink with his ex are not the motivations you had for trying to be best friends with yours. One of the hardest jobs as a human is trying to comprehend that other people think and act differently than we do. It’s weird. Everyone should do exactly what I do! And have my taste in movies and TV! But they don’t!

Second, think about what boundaries might make this feel better for you. (You might be wrong at first, and the boundaries might need to be adjusted later.) Then go to your boyfriend and talk to him with excruciating honesty about how you’ve been feeling and what you think would help. It might be that you want to meet her! I think that’s a very reasonable request. Maybe you want to be occasionally invited along, or maybe you want to have her over for dinner. Maybe you want him to tell you every time he sees her, or maybe you decide it’s better to not hear about it. I don’t know what will feel the best, and what does feel the best might change over time. Again, you two will have to talk this out, and keep talking it out as time goes on.

Remember, too, that just because you feel insecure or upset about something doesn’t mean you have to ask someone else to change their behavior. You should, however, ask for what you need. You can literally say to your boyfriend, “Hey, I find myself feeling really bad when you go get drinks with Guiliana. I think it’s because of my own relationship with my ex, and the misguided reasons I tried to be his friend. Do you mind talking me through what you get out of your relationship with Guiliana and reassuring me a bit? I’m just feeling insecure right now.” Regardless of whether an emotion is reasonable or fair, your partner should want to be reassuring and helpful. They should want you to feel good! Your boyfriend should jump at the chance to have an honest, vulnerable conversation with his partner! That’s the good sh*t!

Most importantly, give yourself some grace. You do not need to act on every single emotion or negative feeling you have, but that doesn’t mean you need to bury them either. You can acknowledge them. You can say to a friend or a therapist or write in a journal or just think, “Hey, I’m feeling super jealous and insecure about this situation. That bothers me because I like to think of myself as someone who’s not possessive or jealous, but here’s what’s really getting to me, even if I logically know better…” You’re more than allowed to process (or just complain about) situations that suck for you. That doesn’t mean you need to always change them.

More like this
I'm 42 & I've Never Had Sex. Is It Too Late?
By Sophia Benoit
The Juiciest “Would You Rather” Questions For Couples
By Alice Broster and Rachel Mantock
Should I Be Friends With My Ex If I'm Still Not Over Them?
By Sophia Benoit
This TikToker Has Genius Advice For Boosting Your Dating Confidence
By Lexi Inks
Get Even More From Bustle — Sign Up For The Newsletter