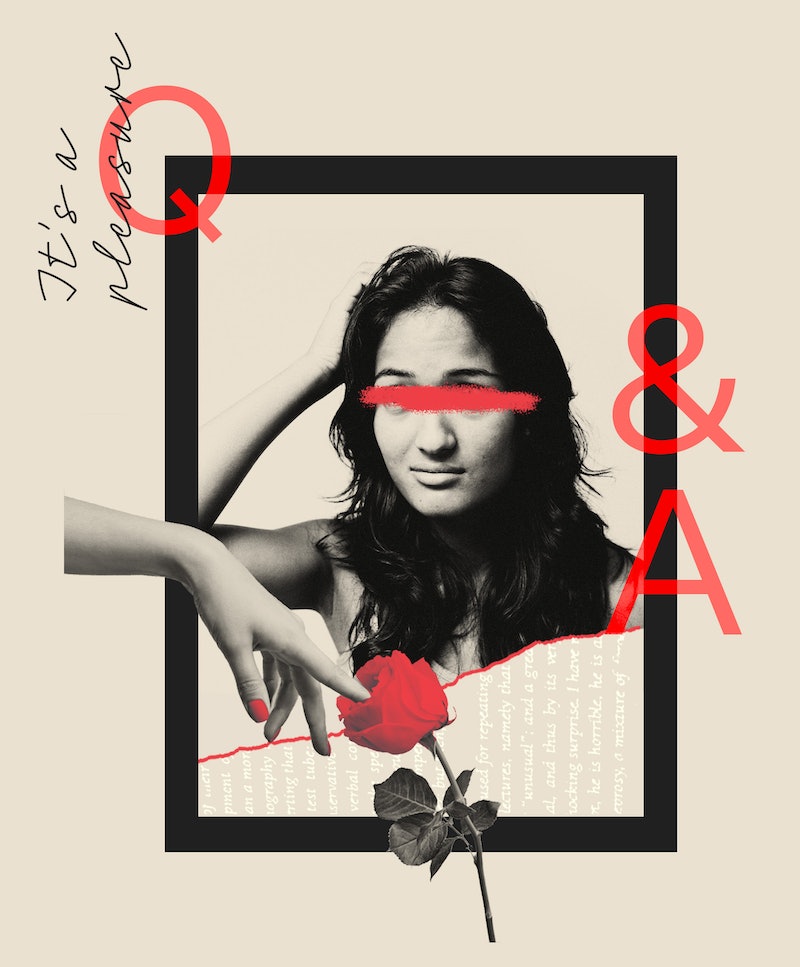 Shikhar Bhattarai/Stocksy
By Sophia Benoit
May 12, 2022
It's A Pleasure

Q: I broke up with my boyfriend of three years almost three months ago. It was the first relationship for both of us. He was my best friend, and I thought we were happy. I saw us together long term. But he couldn't get over his FOMO with regard to dating only one person. So I broke up with him, partially because I felt I couldn't handle the uncertainty on his end and just wanted to move on if we weren't going to move in together and get married at some point. More honestly, I wanted him to realize through losing me that what we had was good and that he did want to be with me. In my mind, it stood to reason because if he didn't want to be with me, he would just break up with me, right? A few weeks later, he said that breaking up actually made him realize that I wasn't what he wanted. I asked him to tell me there was no possibility of us ever being together again, and he obliged. We haven't spoken since that conversation. It's been incredibly difficult for me to deal with, and I still don't believe he means that, because he doesn't know what he wants.

Anyway — we live in his hometown; So most of my social circle has been him and his friends and family. For the last few weeks, I've been making moves to make friends and it's been going well so far. But I still miss him terribly, because I've never been that close and intimate with anyone for that long of a period. I'm wondering if I can and should ever be friends with him again. I'm really scared we won't be able to be friends and I'll lose him forever if I can't get over our romantic partnership. I don't want to be the Ted Mosby to his Robin Scherbatsky, just being quietly in love with him for years and torturing myself by just being friends, but never speaking to him again when he is just down the road feels like the worst possible outcome. I don't know how to tell when it is the healthy time to contact him again, and my therapist has been no help with that. I don't even know if I should want to be friends with him after he couldn't be honest about how he felt about me, leading me on for months, forcing me to break up with him, which was the hardest thing I've ever done in my life. I don't have one single question here, I just feel lost and could use any advice, words of encouragement, anything to help me feel less like I'm never going to get over this.

A: There’s an old, corny joke I love that basically goes: Someone asking to be friends after a breakup is like your mom saying, “The dog died, but we can still keep him!” The metaphor is inapt, of course, because friendship has a ton of value — in fact, it often plays a larger and more meaningful role in life than romantic love. It’s not like being someone’s friend is equal to a dead dog. It’s more that when something is over, sometimes it’s actually over, and there’s simply no way to rewind and only pick out the good parts without any of the discomfort or heartbreak.

I firmly believe people can have sex with friends and keep on being friends. I even believe that there are some people who have maintained friendships with exes after more serious relationships (look at the cast of Selling Sunset). It’s not that I think it’s 100% impossible with zero exceptions ever. That said, this person is not your friend. This person is your ex whom you aren’t over. Which is incredibly understandable, especially for your first major relationship.

I absolutely and without qualification believe you miss him and the intimacy you shared. It’s not like I think you have bad intentions in wanting to be his friend. Friendship with this person, while you aren’t over the idea of your relationship, is a recipe for extra heartbreak and resentment. I don’t want to make light of the fact that your social world has revolved around this person and his friends and family — that’s a massive loss. And I think that that loss and loneliness is where this urge to be his friend mostly stems from. I’m so happy that you’re talking to a therapist, and I hope genuinely that loneliness is something you’re talking to your therapist about. One of the major issues with loneliness is that there isn’t a timeline for it being soothed since it requires other people. That’s frustrating as hell, and I’m sorry. The answer is not to further complicate matters and batter your heart by hanging around someone you resent. And I really do think you resent him. I think that might actually be the second major reason why you’re wanting to be his friend. (Hear me out!)

I think you’re mad at him for a whole host of things — more on that soon! — and you want the friendship with him to be a sort of do-over where the two of you have a great relationship that you might get some different type of control over, since you didn’t feel like you had it over the romantic relationship. I think some part of you wants to prove to him that you’re worth it. Worth what? His love, his attention, his time, his care. Despite the fact that you broke up with him, I think you feel rejected by him. You can and should work on that feeling, that grief. I want to tell you: You’re worth so much. But that worth is independent of him. It doesn’t feel like it now, but he is not the decider of worth. He doesn’t even know I exist as a person and I’m worth something!

But I also want to address the charges you’ve leveled at him in your letter and dismantle a couple. I’m not trying to “take sides” in this, condescend, or make it seem like I know everything. I’m just going off your letter. There are a lot of things you say about this relationship that seem, to me, a little bit of an unhealthy or unfair way to approach relationships. And I think that comes from both of you. That’s not damning or anything! All of us are unhealthy or unfair in relationships from time to time, especially in our first relationships. Below is what stood out to me. Meditate on it if you want to, ignore me if you’d rather. (I still don’t recommend friendship with this guy; cordiality when necessary is best, IMO.)

You also mention that you don’t believe him and think he doesn’t know what he wants. He is being very, very clear about what he wants. I’m sorry that it’s not a monogamous marriage with you. Two people breaking up because they love each other but want different things is one of the hardest parts of adulthood. Just because he wants something different than you want does not mean that he’s being unclear. His actions and words on multiple occasions have made it clear.

Please, in the future, do not break up with people because you assume that will make them want you. That’s not a healthy relationship pattern. If someone isn’t sure they want monogamy, that’s not evil, but they need to take steps to figure that out and then not continue in relationships that aren’t for them. Should he have broken up with you once he realized that? Yes. I suspect that he was more at the “inkling” stage than at the “certainty” stage, and I wish he could have moved faster to figure out what he needed. It was more than fair of you to end things with someone who was uncertain about monogamy if nonmonogamy was a dealbreaker for you.

I know that never speaking to him again feels like walking barefoot on glass right now. But right now, at least, your job is to not talk to him, to not be his friend, to build your life back up with things you actually like and people who have similar relationship expectations as you. (Talk about those things early-ish on! Also, know that it takes people different amounts of time to know if they want to marry someone!) Build your life up so fully. This will take a lot of time and effort on your part. It will come in fits and starts. You’ll probably have to wade through a lot of grief in the meantime. You’re going to go through bad, icky feelings regardless of whether you reach back out to him or not, and by not reaching out, you’re much more likely for those feelings to be short-lived. Take as many lessons as you can from this relationship. Think hard about the roles you played and what you could do differently. Let go of as much anger as you can. Move forward. One day it won’t feel like death to not talk to him. One day you’ll think back on the relationship (if not its end) with fondness. You may wish it had gone differently, but you’ll realize, as he did, that you two wanted different things at different times, which isn’t evil, it’s just sad. And a post-relationship forced “friendship” can’t change that.

You will get over this. No one I know has ever had the heartbreak of a first love ending last their whole life with no more happiness ever. That only happens in Nicholas Sparks' books and the first 20 minutes of a Pixar film. You will move on and be happy again and even be in love again. But first, you need to learn some lessons from this and sit with your big, mad, lonely, sad feelings.

More like this
I'm 42 & I've Never Had Sex. Is It Too Late?
By Sophia Benoit
25 Questions To Ask Your Friends When You're Bored
By Lexi Inks
This TikToker Has Genius Advice For Boosting Your Dating Confidence
By Lexi Inks
What Dreams About Being Lost Mean, According To Experts
By Carolyn Steber
Get Even More From Bustle — Sign Up For The Newsletter