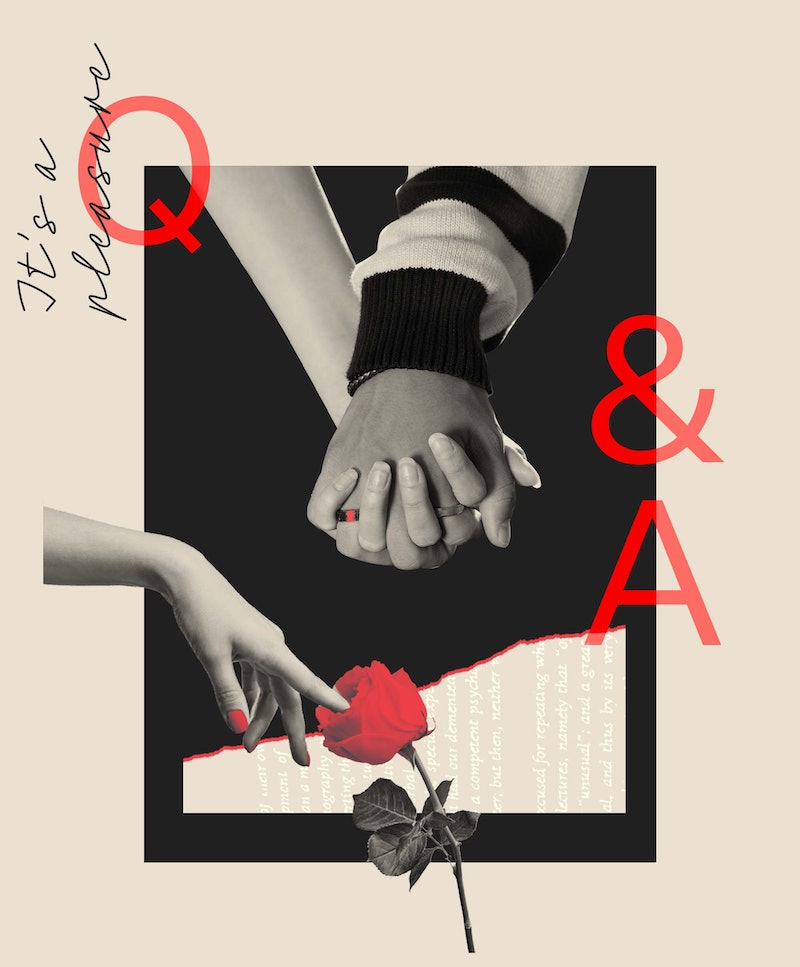 Q: How do I explain purity culture to a potential partner? I grew up in the US, but I live in Europe now where that really wasn't a thing in the early 2000s.

A: I wish that we could just send out a little pamphlet to potential partners, both romantic and sexual, that covered the broad stuff. You know: I don’t get much out of nipple play, I love having my neck kissed, here’s some light trauma I went through that might be relevant. Unfortunately, it’s up to us to communicate all of this stuff, to sort out what we do and don’t need to tell partners, what will come up naturally, and what we’ll need to divulge pre-hookup.

I am not entirely sure, based on your question, what you mean by potential partner — are these one- or two-time hookups or actual partners? If it’s the former, I don’t think you need to explain purity culture in much (if any) detail. If it’s the latter, then I see why you’d want to fill someone in — if it gives them added context about you.

The thing is, purity culture is only relevant to these potential partners vis-à-vis you. Otherwise, it’s about as relevant to your partner as a history lesson on the lost colony of Roanoke. Additionally, while purity culture absolutely 100% exists and affects people, it does so in wildly different ways, depending on a lot of different factors — where they grew up, who their parents are, what religion or community they belong to, whether they lived in a more rural or urban area — and so on. For example, I grew up in a conservative state, in a more liberal city, in a very white Christian town, with non-believing, extremely sex-positive parents and European relatives. So purity culture for me? Ehh. Not really a thing. Meanwhile, many of my friends were wearing rings that meant they promised not to have sex until marriage. (They almost all had sex before I did).

The point is that while these pressures and attitudes are pervasive in the US, they aren’t universal. And the ways they affect people aren’t universal. Some young people see through purity culture and reject it very early on, realizing that virginity is fake and heteronormative, and that sex can be really wonderful, even if you don’t intend to marry the person you have it with (or even talk to them again). Other people deeply internalize the messaging that sex is a precious gift they bestow on certain people — not something meant to be enjoyed, but something done in service of God or the church or tradition or begetting children.

The important question, the crucial information to impart is this: how did these beliefs and attitudes shape you and your beliefs about sex? Clearly, it had a massive impact on your personal sex narrative, otherwise, you wouldn’t be asking this question! So what beliefs did you either accidentally or purposefully pick up and how do they serve you? Which beliefs are you trying to challenge, and which do you now easily reject?

Purity culture, too, is so often tied into gender roles and their performance. It’s worth really thinking about which aspects of sex and relationships you're acting out because you think you should, and what you do because you actually want to. What behaviors do you perform, and do you like doing them? Do you make the “first move” or avoid doing so because of a role you think you ought to play? Are there certain sex positions or acts you have opinions about based on what you’ve been told your gender should like? You have to know yourself before sharing those things with someone else.

As for how this conversation might play out, it really depends on how casual the relationship is. If you’re just hooking up with someone, maybe you simply share what you do and don’t like in bed at the moment without a deeper explanation. If it’s a more significant relationship, maybe you explain what you’re into, introducing a little bit of the why behind it. It could go like this, “I grew up in a pretty conservative/traditional/religion/whatever your truth is community, where sex was shameful. It gave me a lot of harmful beliefs about what sex means and I’m trying to unlearn those things, but if I do X, that is why. What would help me is Y. Does that work?” Most people will be incredibly understanding (it’s more common than you think, I think!) and anyone who isn’t, isn’t the right partner.

Finally, I would encourage you to remember that Europe is hardly a monolith itself. There are many, many, many thousands of people in Europe who grew up with versions of purity culture that might surprise you with how similar they are to your own stories. Often purity culture is tied to religion, for example, and while the number of religious people varies from city to city and country to country, it’s not like Europe is without religious communities. Additionally, there are many places in Europe where, like the US, traditional gender roles still have quite the stronghold. I’m not trying to explain Europe to you as much as I am trying to remind you that not everyone you meet is going to embody the American stereotype of people in a French film who are having a public threesome on a balcony wearing only berets while sharing a cigarette. People are people everywhere. Everyone has hangups and internalized shame. Talk to your partners about yourself, be open and honest, and listen to them. You might be surprised.

More like this
My BF Wants To Stay Friends With His Ex Primary Partner. What Do I Do?
By Sophia Benoit
What Are Swingers? Everything You Need To Know
By Lexi Inks
I'm 38 & Single. Why Can’t I Find A Serious Relationship?
By Sophia Benoit
35 Sexy Texts To Send Your Partner
By Griffin Wynne and Carolyn Steber
Get Even More From Bustle — Sign Up For The Newsletter