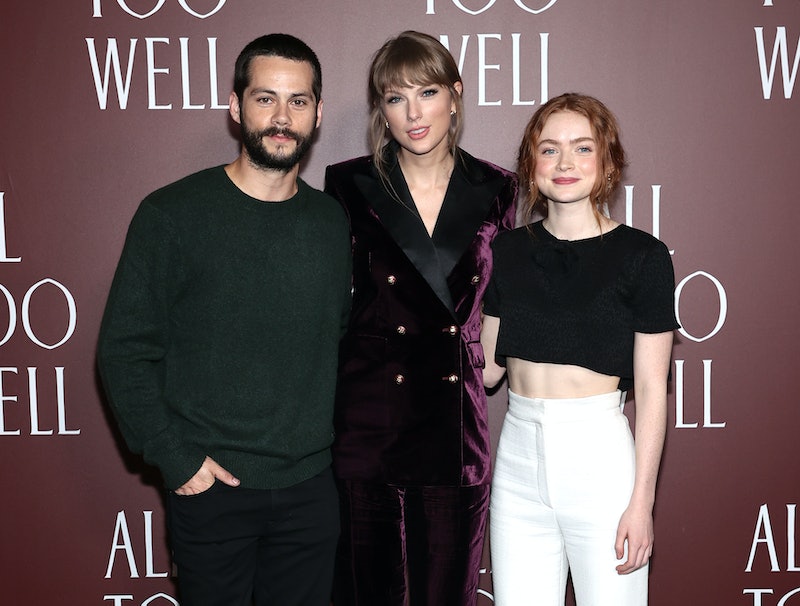 For many Swifties, Nov. 12 was the best day this year could possibly offer. Taylor Swift, in all her benevolence, not only released her album Red (Taylor’s Version) which included the 10-minute version of her breakup anthem “All Too Well”, but she also dropped a short film version of the song on YouTube. Written and directed by Swift herself, the short stars actors Sadie Sink and Dylan O’Brien and depicts what is widely assumed to be the short-lived relationship between Taylor Swift and Jake Gyllenhaal from 2010. At the time, the pair would’ve had a nine-year age difference (Swift being 20 and Gyllenhaal 29), which Taylor did not shy away from commenting on in her new lyrics. While age gap relationships are fairly common — 8.5% of all heterosexual married couples in America have an age difference of 10 or more years, according to a 2011 study — they come with their fair share of challenges.

In the updated version, Swift sings “You said if we had been closer in age / Maybe it would’ve been fine” signaling that perhaps the couple’s age difference was a contributing factor to their breakup — or at the very least, something that was top of mind. Although it’s possible for people in age gap relationships to find that they have a lot in common with their partner, certified clinical sexologist Dr. Janet Morrison tells Bustle, “the [fewer] developmental milestones they have in common,” the more issues they’re likely to face. Between social stigma and other challenges, couples with a large age gap can certainly face an uphill battle, but there are also plenty of ways in which they can make the relationship work.

There’s a tendency for people to be automatically suspicious of age gap relationships, and as Dr. Schewitz says, friends and family might not always approve. The older partner’s social network may discount the seriousness of the relationship, writing the younger person off as the “shiny new thing,” rather than someone they should make an effort to get to know, Dr. Coleman says.

It’s also, surprise surprise, a situation that’s typically harder for women to navigate than men. People are quick to label a woman who dates older men as having “daddy issues,” but the reverse situation doesn’t necessarily draw the same stigma. In fact, Dr. Morrison says that when older women date younger men (only about 1.3% of couples with a large age difference, according to the same 2011 study), they’re often slapped with the predatory “cougar” label.

There is also a common belief, often exacerbated in the way the media portrays age gap relationships, that younger women look for older men in order to feel taken care of. While that may be the case in some situations, Coleman says that the stereotypical “daddy issues” thing is “a tremendous oversimplification” of the many, often valid reasons why a young woman might seek out an older partner. According to Coleman, the initial attraction can be that their older partner is “exciting and worldly,” especially as compared to others in their own age group.

In the “All Too Well” short film, an emotionally charged scene is played out between Sink and O’Brien’s characters in which an argument ensues about his character ignoring hers during a dinner party. While washing the dishes post-soiree, she expresses feeling ignored around his friends who, she points out, are all older than her.

“A lot of age gap relationships are like that, where you’re more comfortable alone [just the two of you] than getting out with friends,” Dr. Morrison says. When you and your partner are in different phases of life, your friends probably are too, so being around them together might shine a light on your core differences. Over time, that can take a toll. “You might spend less time with your friends because your partner is not interested in hanging out with them,” says psychologist and founder/CEO of Couples Learn, Dr. Sarah Schewitz, “So it could challenge some of your closer relationships.”

Similarly, psychotherapist and relationship coach Toni Coleman shared that a large age gap can cause anxiety about whether or not the younger person is “fitting in” with their partner’s friends, and can often make them feel out of place. Additionally, an older partner might have children close in age to their younger significant other, which could definitely create some discomfort for all parties involved.

Money can pose another problem area. “There is usually a difference in financial status, and therefore potentially [within the] power dynamic [as well],” Irina Firstein, licensed individual and couples therapist, tells Bustle. This situation could create conditions in which the partner with less expendable income has to rely on their partner often, which can lead to feelings of inadequacy or frustration. A power imbalance can manifest in other ways, too. If one partner has more relationship experience, the younger person might be less equipped to communicate their needs or work through conflict, and end up defaulting to their partner’s agenda instead.

With the cards stacked against them, couples in age gap relationships must become master communicators. For the younger person, feeling out of place with or unaccepted by their partner’s friends or family can affect their self-esteem and make them question their place in the relationship. Older partners might also experience judgment from other people who assume they’re using the relationship for validation. “I think people need to go into these relationships with eyes wide open, and be able to discuss their fears and expectations openly and honestly,” Firstein says.

With any couple, it’s important to remember that “you and your partner have completely different world views because of how you were raised, and in this case when you were raised,” Dr. Schewitz says. “That way, you’re not just assuming ‘I’m right and you’re wrong.’”

Beyond those things, there also needs to be a common understanding of the why behind the relationship — what makes the two of you click? What do you have in common? What are the ways in which you make life easier on each other? If both partners have confidence in their answers to those questions, that’s what counts at the end of the day. “Relationships are hard enough as it is,” Dr. Morrison says, “so if you find something good and worth holding onto, regardless of the age gap, why throw it away?”

More like this
Bumble's "Compliments" Feature Lets You Message Before You Match
By Lexi Inks
How To Deal With A Partner Who Body Shames You
By Lexi Inks
How To Have A Hometown Hookup Without Catching Feelings
By Lexi Inks
Are Capricorn & Capricorn Compatible In A Relationship? Astrologers Weigh In
By Kristine Fellizar
Get Even More From Bustle — Sign Up For The Newsletter