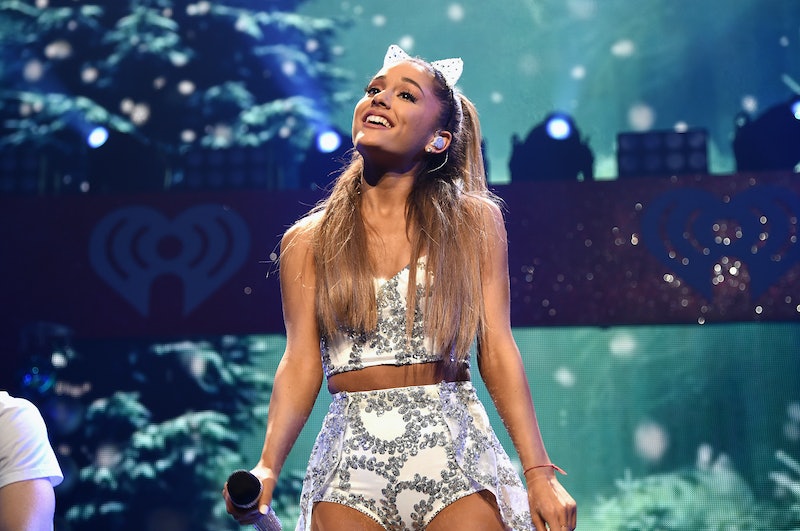 Celebrities are known for many things, including their work, their dating life, their social media usage, and, of course, their friends. At times, celebs become more famous for who they hang out with rather than their talent, whether that might be singing or acting. Take Taylor Swift and her "squad." Oh, and what about Amy Schumer and Jennifer Lawrence's friendship, which is totally uh-mazing? If you didn't know, Jared Padalecki and Stephen Amell are also real-life besties — glorious, right? I mean, who doesn't love a celebrity friendship? With that said, what about another famous young singer who continues to make headlines (some good and some bad, like #DoughnutGate). That's right, I'm talking about Ariana Grande and her celebrity friends.

Well, when she's not busy hanging with her rumored love interest of the day, dancing it out on stage, recording new music for her bazillion fans, and filming scenes for Fox's Scream Queens , Grande makes time for her friends, which include many celebs that you'll definitely recognize.

Here are six celebrities the 22-year-old "Love Me Harder" singer has been know to chill with every now and again, you know, when she gets a day off — if that ever happens.

Grande and Cyrus support each other all the way, especially when they're wearing onesies. You know you have a true friend when you wear animal onesies, all while singing a "Don't Dream It's Over" duet as a way to raise awareness for Cyrus' non-profit organization, The Happy Hippie Foundation, benefitting homeless youth and the LGBT youth community.

Just add Grande to T. Swift's "squad," which is growing by the minute. Ever since they shared this photo from the Victoria's Secret Fashion Show, well, both of their fans have been loving their growing friendship.

It makes sense why Sex&Drugs&Rock&Roll actress Elizabeth Gillies is friends with Grande. If you didn't know, they both starred in Nickelodeon's Victorious. I mean, just look at the above photos. Not only are they adorable, but they make supportive BFFs.

Fithy Harmony loves Ariana Grande, and she loves them too. In a 2014 interview with Lossip, the girl group couldn't help but gush about Grande and how amazing of a friend she is. Do I smell an upcoming collaboration?

Now, I don't how close Sheeran and Grande are, but seeing as they tell dirty jokes to one another on stage, well that definitely shows they have fun together — and can have a good laugh. That's what friends are for, right?

Finally, we have Grande's friendship with Minaj. Ever since they collaborated on "Bang Bang" with Jessie J, it appears these two have one another's backs. So much so, that Grande defended Minaj on Instagram after the rapper was slammed for her body. Way to go, Ariana!

There you have it. Grande is friends with all kinds of familiar faces proving that she can get along with about pretty much anyone.