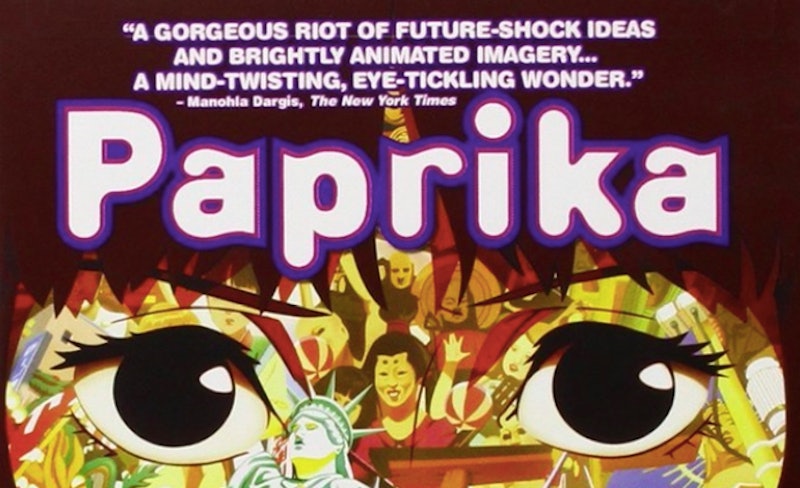 It's Friday night, and you have made no plans except settling into a pillow fort and watching a movie. But you're met with the ever-present dilemma: How do you find something to watch that you haven't seen before? It's a surprisingly difficult task if you're like me and feel like there is never anything new. If you really do some digging around, though, you'll find that there's always something surprising and new to be found. Keep in mind, this only works if you're willing to drag yourself away from rewatching Mad Men for the fifth time and give something new a proper chance.

We've all been there. We've taken a chance on an unfamiliar title with lesser-known actors in it, but turned it off within an hour. The worst times have been when this has happened more than once in the same evening. With all of the streaming services available to us, we've become a little spoiled for choice, and only want to spend our sacred free time on activities that we really enjoy, such as watching an incredible movie.

So get your favorite snacks and beverages in the house and take a chance on a lesser-known (but amazing — trust me, I've watched them all) movie this weekend!

1. The Science of Sleep

Mood: Watch this movie when you're feeling uninspired and you need some creative motivation. There is also a sweet romance in it, so you can watch it when you feel dewy-eyed and nostalgic.

Synopsis: Director Michel Gondry of Eternal Sunshine of the Spotless Mind brings us another whimsical, romantic, and truly creative movie. It follows Stéphane Miroux, an artistic young man who has trouble separating reality from his dreams. The movie contains surreal elements which begin to push their way through into Stéphane's reality, so as the audience, you're sometimes unsure as to what is real and what is a dream. I love the stunning stop-motion animation scenes in The Science of Sleep, and the way Stéphane's relationship with the girl next door is both romanticized and realistic all at once is truly amazing.

Mood: This is a great movie for when you're in the mood for a familiar story, but you fancy a new spin on it.

Synopsis: This twist on the classic fairy tale follows Amanda Seyfried as Valerie (aka Little Red Riding Hood), who lives in a village near a forest that has a truce with a werewolf. Valerie and her childhood sweetheart, the village woodcutter, plan to run away together, but their plans are postponed by an attack from the werewolf. The residents of the village begin to grow suspicious of each other, as they do not know if the werewolf walks among them. I'm a sucker for beautiful sets in movies, and I loved the eerie, dangerous-looking forest with its enormous thorny trees — I would have happily watched the movie for the production design alone. But when you throw in the talented Seyfried and a love triangle involving a rebellious bad boy and a handsome, safe bet of a chap, I'm in it to the end.

Mood: This movie is a magical yet heartwarming tearjerker.

Synopsis: Phoebe is an imaginative little girl who struggles with Tourette's syndrome and a seemingly overactive imagination. She finds it hard to fit into the routine of everyday life, but when a casting call for an Alice in Wonderland play comes up at school, she begins to focus on acting. This helps her Tourette's and gives her a creative outlet. Growing up as a kid who also had a big imagination, I could really relate to Elle Fanning's Phoebe. If you too spent your time as a child creating new worlds for yourself and your friends to play in, this movie will stir up feelings of nostalgia, and remind you to never doubt yourself and always embrace yours and others' differences, which IMO are two lessons we often forget as adults.

Mood: A great movie to watch when you want to put your brain in gear, or when you're in the mood for solving a mystery.

Synopsis: Joseph Gordon–Levitt plays Brendan, a high school student who receives an unnerving call from his ex-girlfriend, Emily, who sounds scared out of her wits and seemingly spouts gibberish or code words at him. Not long after this call, Brendan finds Emily's body, and the mystery begins. This modern noir had me on the edge of my seat. I adore Brick, with its cryptic clues, obscure slang, and the way in which it was filmed – almost as if you are a silent partner to Brendan, seeing fleeting glances and key moments from unusual angles. It makes you feel like you're a part of the action.

Mood: If you're itching to watch a Disney movie that doesn't have a traditional princess plotline, then you'll love this!

Synopsis: Young cartographer and linguist Milo follows in his grandfather's footsteps and goes on an epic adventure to try to discover the lost city of Atlantis. Expect the magic of Disney, but wrapped up in a different package, with powerful women and an adventurous spirit but no singing. I particularly loved the fact that this movie has a Disney princess in it (who plays a huge part), but the star of the show is actually Milo. Atlantis: The Lost Empire is a breath of fresh air among the much-loved but sometimes stagnant-feeling princess movies. There's something much bigger at stake than the life of the Princess of Atlantis, and it's refreshing to see that even the princess herself recognizes this.

Mood: A great movie to watch when you want to try something new.

Synopsis: This beautifully haunting movie is inspired by Sleeping Beauty , but it's definitely no fairy tale! Emily Browning plays student Lucy, who after holding down numerous jobs to pay the bills, finds a high-paying job as a waitress who performs silver service in lingerie. Her new boss sees Lucy's potential, and invites her to be a sleeping beauty of sorts — a girl who is willingly sedated so that men can spend time with her while she is sleeping. I enjoyed the eerie sense of unease I felt when watching this movie. Whenever Lucy went to work, I found myself glued to the screen, wanting to discover what unusual things might happen to her, while also feeling very intrigued about the reasons behind the gentlemen's visits. It was super interesting to see what different people would do for money and/or to feel loved.

Mood: This is a good movie to watch when you need some escapism, as you'll need every ounce of your concentration.

Synopsis: Set in the future, Paprika follows a female scientist and her team, who have created an incredible device which helps deliver therapy to patients via their dreams. Doctor Chiba attempts to aid her patients by going undercover as her alter-ego, Paprika, and helping them decipher the meanings behind their dreams. But when the unfinished devices fall into the wrong hands, disaster ensues. This is a great movie, one that straddles the borders between mystery, adventure, and sci-fi. As a lover of Studio Ghibli movies, I was blown away by the artwork, which is as beautiful as the movies created by that iconic animation house. IMO, Paprika is like a Ghibli movie for adults.