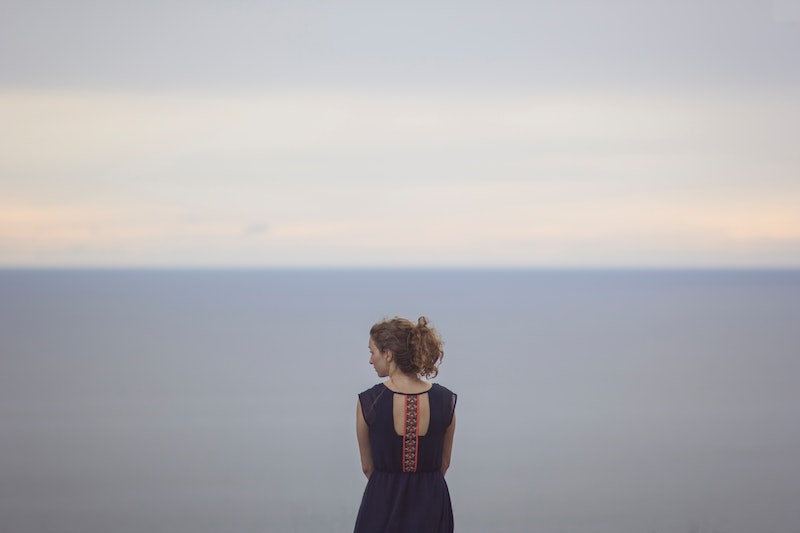 How do you know when your relationship is over? Having relationship burnout is not a fun thing to admit to ourselves, especially if you've invested a lot of time, and energy, into making it work. I'm not saying to be flippant about getting out of long-term relationships. But at the same time, it's important to know when to say die. If you've tried, but your heart isn't in it, you've got to own up for that.

No matter how much pressure there is from your parents or friends, even from your significant other, to make it work, sometimes you know you're just burnt out on your relationship. My first boyfriend and I fought so much and broke up so many times that by the time we actually split for good, I really just did not care— the whole thing just felt like beating a dead horse. I could have saved us both a lot of time if I admitted I was totally check out of it earlier on. So don't be like me. Don't bother with the angst for the sake of staying in relationship that's dead in the water.

Here are seven ways to know that you're totally burnt out on your relationship, and maybe you should just let it go:

Remember how cute it was that she always picked the little bits of bell pepper out of the salad with her fork and put it to one side before starting? Well now it's more like "EAT THE FRICKING SALAD YOU SOCIOPATH! What? You think you're too good for the crunchy, delicious nutritiousness of peppers? WHO EVEN ARE YOU?". Things... things change as you get burnt out.

You know you need to be talking. You know it. It's the only way to fix what's wrong, but you've tried so many times, or your just so sick of it. Well as Rachel DeAlto tells Cosmopolitan "communication is so essential to a relationship that the lack thereof can be a sign that the relationship is on its way out".

When you're at the end of your rope it's easy to pick a fight over everything. Relationship expert Debra Rogers explains you know your done when "your relationship has turned into war games. You're lobbing insults, rude remarks, or are constantly in competition. Little things that used to bother him have now turned into colossal aggravations. It seems that everything you do annoys him.". Not fun.

4. You Come Up With Excuses Not To Spend Time Together

Dr Debbie Herbenick says that "every relationship is a balance of time spent together and time spent alone", which we all sort of know from personal experience. And the alone time is really important. But if spending time together makes you feel annoyed or tired— or if you find yourself just straight up avoiding it— it's a sign something wrong. Maybe some time alone will allow you to recharge, or maybe you're just over it.

Some people may disagree, but I think a wandering eye is totally normal and even healthy. People have different boundaries for what's cheating, but it would just seem ludicrous to me to pretend you don't find other people attractive. But if it's gone beyond what's normal for you— if you're constantly fixating on other people, flirting, and imagining running off with the barista, you may have mentally signed off from you current relationship.

6. The Sex Is Meh... Despite Trying To Spice Things Up

OK, sex lives have their ups and downs. Completely normal, but not an excuse for having bad sex. And you should be aware of a random change, DeAlto says "if your sex life has gone from 60 to 0 it is a bad sign that your relationship is on the fritz". You should absolutely try to get it back on track and mix things up, but sometimes if it's gone, it's gone.

7. Talk About The Future Makes You Queasy

As someone who can get jumpy about future plans, I totally understand a bit of commitment-phobia. But if you've been with someone a long time and suddenly the idea of planning a weekend away in a few months makes you uneasy, it's probably a warning sign. Better to get out than to commit to something you don't want to do.