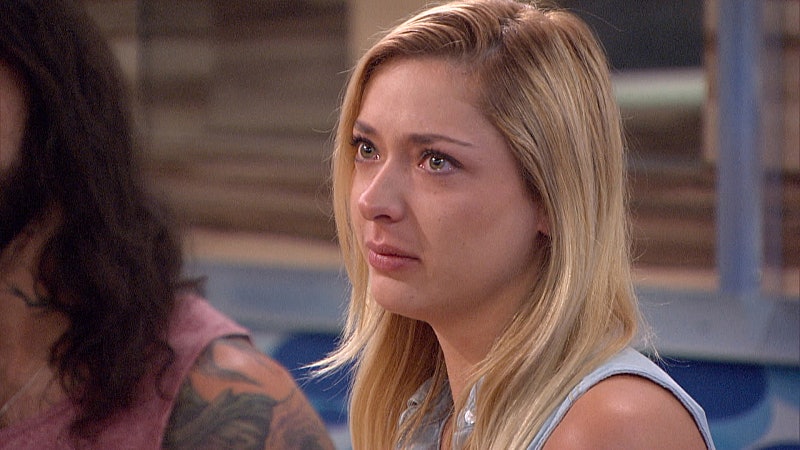 Against a lot of people's expectations, Liz has made it to the final three of Big Brother. She lost her twin and her showmance partner through the game, but she's closer to the $500,000 prize than most people ever get. Her bubbly personality and uncompromising ferocity in competitions (as well as social situations) have shown that Liz can excel in the house, but how will those qualities help her adjust to life post-Big Brother? The houseguest herself and the audience are both asking the same question as the finale approaches, what will Liz do after Big Brother?

When she entered the house, Liz was a fun and flirty marketing coordinator who was ready to have an exciting summer. Since then, the audience has seen her go through heartbreaks and blindsides. Liz went from running the house to being on the bottom of the totem pole, and has managed to make it to the end. When she gets back out into the world, Liz will have hours of video evidence proving that despite hardship (and regrettable romances), she's a strong person who can do whatever she wants to do.

Here are a few ways she could spend her time Post-BB.

Liz and Austin's relationship has been a popular topic of conversation amongst Big Brother fans, with some supporting the romance and some (OK, most) detesting it. Whatever your opinion on the two, it's clear that they formed a strong emotional bond while in the house together, and it's likely they will continue to pursue the relationship outside of it. Whether they're a lasting couple like Brendon and Rachel or Haycole, or more of a McRanda relationship that breaks it up soon after Big Brother is over, Liz and Austin are going to be spending a lot of their first weeks outside the house with each other.

Make Things Work With Anyone But Austin

If there's one thing that audiences have learned over the course of BB17, it's that Austin is the worst. Liz has acknowledged multiple times that there are many flaws to Austin, and although they had a connection in the house, there is no reason she has to commit to that. Instead of being in a relationship with an emotionally manipulative personality ("I ruined my life for you"? Slow it down, Austin.), Liz could enjoy her post-Big Brother life dating anyone she wants to. Liz could probably even land one of the former contestants they've been bringing in to host the competitions that seem similar to her type. (Big Brother asking Jessie "Mr. Pectaclutar" Godderz and Caleb "Beast Mode Cowboy" Reynolds, both heavily-muscled guys with a silly alter ego, to return and host competitions can't be a coincidence.)

Get (Back) Into Modeling

Big Brother seems to always have at least one model every season. Last season there was underwear model Cody, and this season saw the perpetually charming Clay. Clay wasn't the only model in the house during BB17, however, as there were actually three models. Liz and Julia used to model together as "The Nolan Twins" around Miami, as shown in the video above, and some of their modeling photos can be seen online. Being on Big Brother will probably be a big boost to their profile and Liz will be able to continue doing something she loves with her sister, which is a much better way to spend time than doing pretty much anything with Austin.