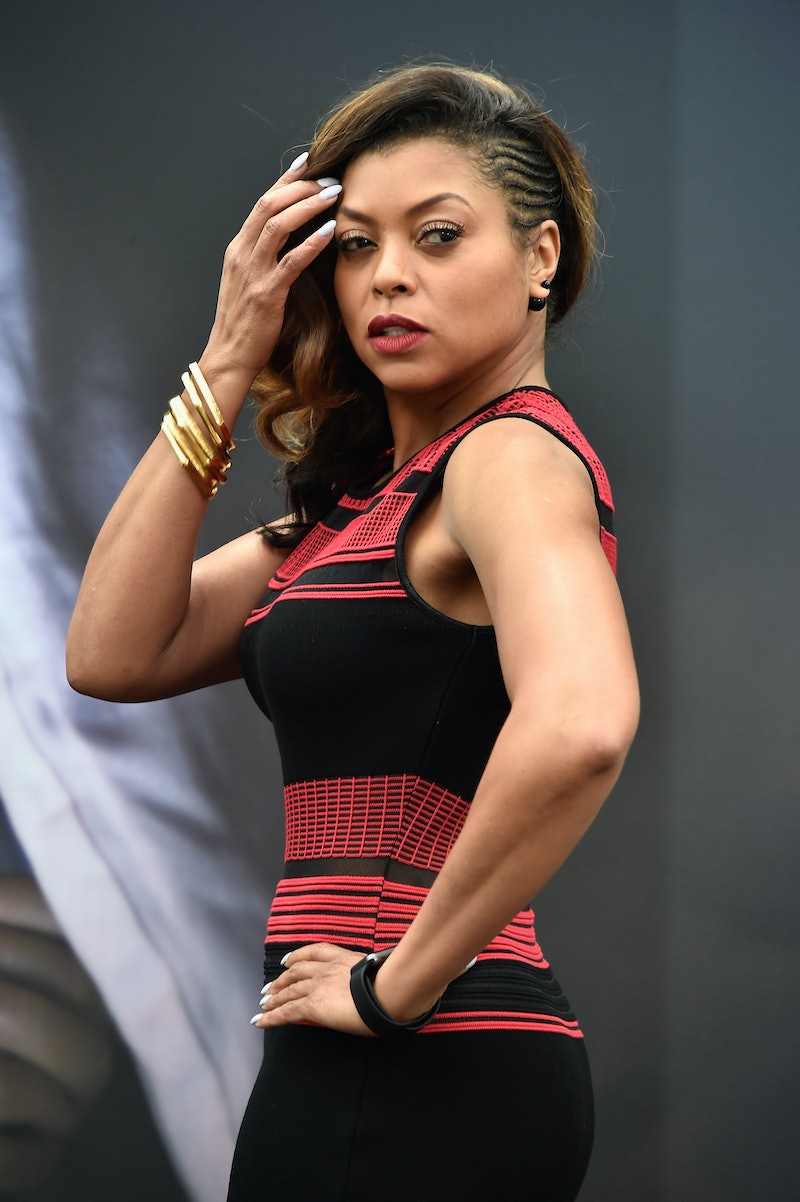 Despite the various strides primetime television has made in diversifying the landscape, there is still a lot of work to be done — particularly when it comes to recognizing women of color. Conversely, many lauds can be given to the 2015 Emmy Awards nominations for being possibly the most diverse in the franchise's history. Viola Davis and Taraji P. Henson have both received nods for Lead Actress in a Drama Series for their outstanding work on How to Get Away with Murder and Empire, respectively. Last year, Kerry Washington was the first woman of color to be nominated in the aforementioned category since Cecil Tyson in 1995. To have two women of color in the same category is both history-making, as well as decidedly overdue.

The nominees for Lead Actress in a Comedy Series are — once again — exclusively Caucasian. Although each nominee has offered performances that are more than worthy of a nomination, the fact that not a single woman of color made the cut this year is completely perplexing to me. Mindy Kaling's razor-sharp wit both onscreen and behind-the-scenes in The Mindy Project definitely deserved a nod, IMHO, regardless of whether it was for acting or writing. Perhaps the most surprising snub was Gina Rodriguez. Rodriguez has received numerous lauds from fans and critics alike for her stellar work as the chaste protagonist on Jane the Virgin, which even earned her a Golden Globe Award for Best Actress in a Musical or Comedy. That sort of recognition almost invariably precedes an Emmy nomination. Yeah, I'm just as confused as you are...

Despite the notably more diverse setlist, the nominees who are women of color are still severely disproportionate to those who aren't. Moreover, history has shown that even when women of color are nominated, they seldom take home a trophy. Although Davis and Henson are both formidable contenders, there has never been a woman of color to win an Emmy for Lead Actress in a Drama Series — and the franchise was incepted all the way back in 1949. Considering that the U.S. entertainment industry has often been known for using its influence as a vehicle for social and cultural progress, this disparity is more than worrisome.

It isn't only women of color who are being underrepresented at this year's Emmys, but women as a whole. In the categories of writing, directing, editing, and producing, the ratio of male to female nominees is downright jarring, with a mere 25 percent of being given nods. Lest we forget, the recent Vanity Fair photo shoot that made it clear late-night television is a [*insert groan here*] boys' club, which gave way to a discussion on how writers' rooms throughout primetime television are also predominately white males.

Clearly, there needs to be a greater recognition of women of color — along with women in general — on-camera and off. Rather than creep slowly toward this representation, I feel that the time has come in the industry for a more diversified landscape to occur in leaps and bounds.