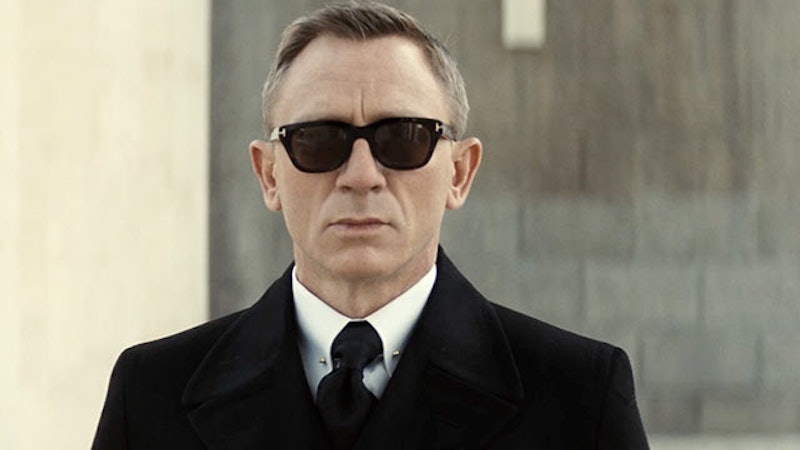 The newest James Bond movie, Spectre , is arriving in theaters this weekend, and with it, the series once again finds itself at a crossroads. Bond actor Daniel Craig isn't sure if he wants to return for another film (though I kind of get the feeling he's leaning toward "no"), so the franchise may be tasked with finding a new actor to fill Bond's shoes once again. And even if Craig does come back for one more outing, (spoilers ahead) the ending of Spectre implies that Bond is hanging up his Walther PPK and (almost literally) riding off into the sunset. So does this mean the next movie, Bond 25 , will be a reboot?

At this point, it seems like some kind of reboot is inevitable. Even if Craig returns, the series is at least looking at a soft transformation. With Spectre, Craig essentially becomes the Bond of old at last, for better or worse. He's cracking more one-liners, jumping into the sack more quickly, and ordering his vodka martinis shaken, not stirred (guess he got sick of drinking those gin and vodka Vespers). He even has his newly-scarred nemesis in the reinvented Blofeld, who becomes the first Bond villain in forever to survive at the end of the film. So with Spectre effectively ending the "serious" portion of Craig's run by tying itself to the actor's previous three films, Bond 25 could end up being a classic Bond adventure even with Craig in the lead, without being beholden to the more somber tone of Skyfall and the like.

If Craig doesn't come back though, then the franchise really has three options as I see it when it comes to continuing the series. The next Bond actor will be the seventh to play the role, and each new star has done one of three things: continue the previous story, pick up as an established Bond at a random point in time, or do a hard reboot.

Option one is what happened with the first few Bonds. The first Bond was Sean Connery, who was replaced by George Lazenby after five films. Lazenby essentially continued Connery's arc while keeping with the series' continuity. He was still battling Blofeld and SPECTRE, and the audience was to take him as the same Bond from before. After Lazenby lasted just one film and Connery returned, he jumped right back in as if he never left by pursuing Blofeld right from the get-go. After this, it was Roger Moore's turn in the tux, and though he was clearly a different Bond who played the character completely differently, he still makes references to his old life. For example, in The Spy Who Loved Me, Bond's deceased wife from Lazenby's film is brought up, and then in For Your Eyes Only, Moore kills a Blofeld lookalike. These are more than the nods to the past films we see in Craig's movies; these are direct references to things that have happened to the character of which he is intimately aware.

The next two Bonds follow the second option. Timothy Dalton begins his run as Bond in the '80s, again putting his own stylistic spin on the character, and the audience joins him mid-tenure. In other words, he's already Bond. However, he isn't tied by continuity to anything that happened before, he's just 007 going on new missions. He's the same Bond, but whether or not he has the same past is up to you. Ditto for Pierce Brosnan when he takes over the role. In fact, in his first film, Goldeneye, the movie makes a point that it's M who's changed, not Bond. He's still the same guy who's been a secret agent for years, he's just not referencing anything that's happened in his past.

Finally, there are the Craig movies. Casino Royale was the first hard reboot the series has done, as it gave Bond a new origin story and shows him on his first mission as a double-o agent. Therefore, it negates everything that had happened to the character previously, and continues to build on that story with the ensuing films by adding in more familiar elements. Which brings us to Spectre and what Bond 25 could look like.

If the series takes option one, then fans could expect to see a new actor in the role continuing what Craig has already established. The movie would take place after the events of Spectre and see James Bond drawn back to MI6 to once again battle Blofeld and SPECTRE. Or, if option two is taken, then the new Bond will simply pick up a random moment in time where he's already been Bond for awhile but doesn't observe what happened to Craig's iteration. Or lastly, the series could do another hard reboot and reestablish the birth of a new Bond. No matter what, it's clear Bond isn't going anywhere; in an interview with Bustle, Spectre star Dave Bautista said, "He’s never going to be outdated... it's a never ending story, that’s just how it is. There’s always going to be new forms, new ways to play Bond."

Personally, I'm a fan of the second option if Craig doesn't return. A new actor continuing Craig's story has the potential to be too confusing, and it would undoubtedly rob both actors of having their own separate legacies as Bond. As far as a hard reboot goes, I'm just not a fan of films rebooting so frequently, especially with a character like James Bond. Another reboot could end up being a disaster like The Amazing Spider-Man, since just like Spidey, everyone knows the character of Bond, and he was just rebooted a decade ago. No one needs to see him earn his stripes again. I think the only option that makes sense is for the new Bond to just be Bond, without complicating things. After all, if your movies' formula has worked for over 50 years, why bother changing it?

Check out the video below to see Bustle's Kelsea Stahler speak with Bautista about the future of the franchise: