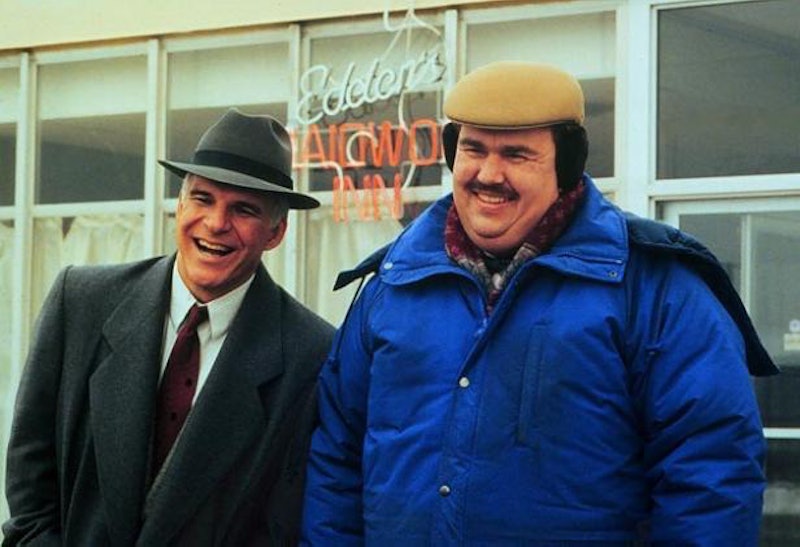 Going to the movies is one of the biggest holiday traditions in America, just ask any Jewish person enjoying Chinese food and good flicks on December 25. Not only are the finale couple months of the year set up to make way for the prestige films that will probably take home the trophies come Awards Season, but with kids out of school, and parents taking off from work, it’s a prime time for people to head to the theater, and studios count on the bankability of the time. But even with those factors I’m still hit with a pressing question every fall: why aren’t there more movies that center on Thanksgiving?

You can always count on Hollywood to churn out a variety of Christmas movies every year. This year alone we’ve already gotten Love the Coopers and The Night Before , with Krampus and Christmas Eve coming up in December. Just from those four alone it’s evident that Christmas movies can come in all packaged, from comedy, to romance, to horror. But what about Thanksgiving?

There are plenty of films that have scenes that take place over the course of the turkey-eating weekend, but very few that focus on the holiday in the same way that they do around Christmas, or even Halloween or Valentine’s Day. There’s Katie Holmes’ 2003 indie Pieces of April, an intriguing family drama that proved she could play more than Joey Potter from Dawson’s Creek. Another goodie is the classic Planes, Trains, and Automobiles, which chronicles the hilarious journey of John Candy and Steve Martin as they try to get home for Thanksgiving dinner. In Christopher Guest’s Hollywood satire, For Your Consideration, the film within a film is funnily enough changed from Home For Purim to Home For Thanksgiving.

So what gives? How come Thanksgiving isn’t a go-to film setting? For one thing, it might not have the same positive spin on it that Christmas can conjure up. While the purpose of many Christmas-set films are to set aside differences, and work towards peace, or to turn from greedy misers into generous givers, the good will that stems from Thanksgiving is difficult to present on film. Sure, we’re supposed to give thanks; Thanksgiving isn’t entirely about stuffing your face and watching football. But how exactly does “giving thanks” play out on screen in a story that needs a beginning, middle, and an end?

As is turns out, timing is also a huge factor, and inhibitor, when it comes to releasing Thanksgiving-set films. As The Huffington Post points out, Thanksgiving time comes between a very small window between Halloween and Christmas where the probability of breaking even is very small. Since the film business is, in fact, a business, it’s unlikely that a film only relevant within a three week time frame would make its money back. That always coveted foreign appeal also comes into play. Christmas takes places around the world, and folks from any country can be in the mood for a good scare from Halloween horror flick. Thanksgiving, on the other hand, can be a tough sell to foreign markets where the holiday isn’t universal, doesn’t translate, and might even conjure up unwanted memories of colonialism.

So what’s Thanksgiving to do? Fret not; the weekend isn’t totally blown off. In fact it’s usually one of the most successful box office weekends of the year. Studios always release some of their biggest films at this time so we can take advantage of a lazy, overstuffed belly of a Friday afternoon at the movie theater. This year the final installment of The Hunger Games has already opened, the next Pixar film The Good Dinosaur and the next Rocky installment, Creed , both hit theaters Nov. 25. If you're still on a Halloween kick, Victor Frankenstein premiers the same day, and the Awards-friendly transgender period piece The Danish Girl will round with a Friday opening. My family always enjoys plopping back on the sofa after dinner to watch Steven Spielberg’s E.T. , which has become a long-time tradition in our house. Whichever you choose to see or watch this weekend, give thanks for good movies.