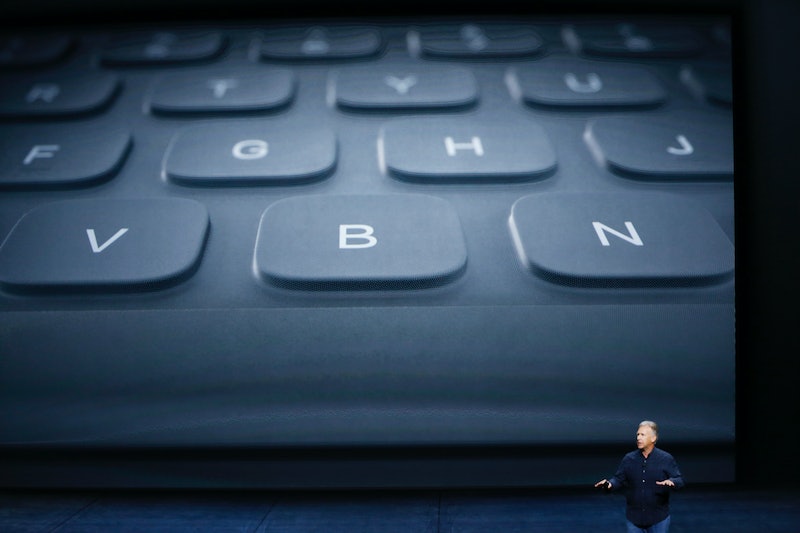 Internet comment sections are universally, notoriously terrible, particularly for women. And as the video "Don't Read The Comments" from Just Between Us makes clear, no good comes from listening to any of the negativity and sexism that gets hurled at women online. Because honestly listening to it just gets in the way of creating something interesting.

Internet hate can range from the benign to the severe. There are, unfortunately, numerous examples of Internet users sending rape and death threats to women who have opinions online, or releasing these women's personal information, or engaging in the terrifying practice called "swatting." Some women, like Anita Sarkeesian or Zoe Quinn have even been subjected to ongoing harassment campaigns from hundreds of angry Internet users, including some very serious threats.

Fortunately, for most women, online harassment never rises to this level, but even the relatively minor sexist nonsense that women have to deal with can get tiring. Men who want to critique a woman's appearance when she's making science videos or make sexist jokes that undermine women's accomplishments just kind of suck, even when their impact isn't as serious.

For instance, I'm not really bothered by the guys that track me down on social media to tell me I'm a "feminazi" or a "bad writer" or an "idiot" (for one thing, "feminazi" is an idiotic term, I have people willing to pay me for my writing so joke's on you, and I don't need your approval to know that I'm freaking brilliant, thanks). But I do sort of wonder why they bother. I mean, what do you think the stranger you found on the Internet is going to do with your anonymous, unsolicited, sexist comments?

Honestly, if we took them seriously, it would look pretty funny. In fact, it might look something like this video. Here's what would happen if, instead of working on a new video, the lovely ladies at Just Between Us focused on the idiotic comments that they get online.

"Do I look pregnant? A lot of commenters have been asking."

And they definitely know what they're talking about.

"Managed to fit these puppies into a B-cup!"

"No one can accuse me of having saggy tits now!"

"People say that my voice is too high pitched."

"I wanted to make it more relatable and less grating."

(Unfortunately, this is a very common, very annoying issue.)

Who cares if that's what the character was supposed to be like, the people of the Internet know best!

"How could I possibly have less tits than a fifth grade boy?!"

Yeah... let's all just ignore the randos, shall we?

And people, if you want to be critical, no one is saying you can be. Just please, please, please try to have some basic respect for your fellow humans while you're doing it. This isn't that hard.