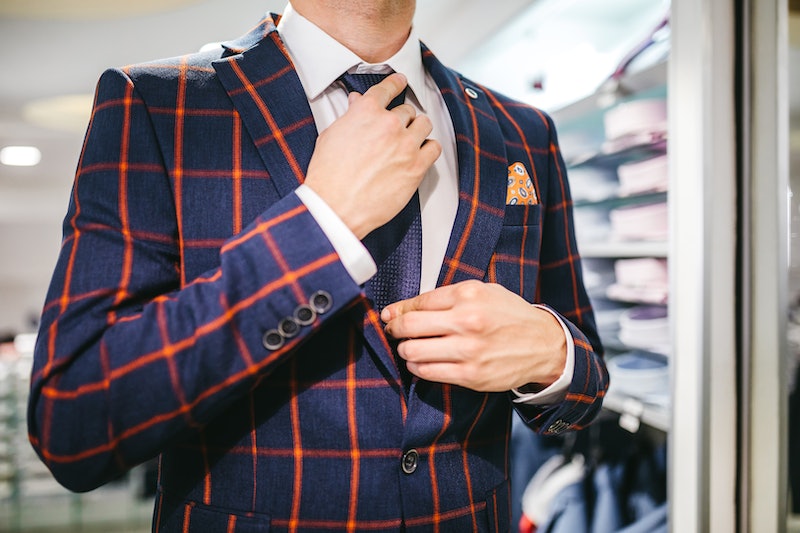 Imagine you walk into a room of 10 random strangers and shout the words "white privilege." It's likely that the room will immediately erupt into a discussion filled with many points of contention over the subject, including whether or not privilege based on the whiteness of a person's skin even exists (spoiler: It does). But while some people might dismiss it entirely, others might start sharing ways to check your white privilege — and those ways are definitely worth listening to.

Discussing white privilege can be a bit of a nightmare to people who resist the idea, especially when you're a person of color and constantly, actively experience what it's like to live without the privileges afforded by having a specific skin tone. So for the sake of refreshing everyone's knowledge on the topic, let's briefly discuss what it means to have privilege in general and white privilege in particular.

Which brings me to my next point about privilege: Not all people within a certain demographic experience disenfranchisement in the same way. For example, it would be accurate to say that both my black friends and I are people of color; however, it would not be accurate to say that we've dealt with the same things in our lives, for the simple reason that not all people of color have the same experience as one another. Despite belonging to a disenfranchised group, for instance, I don't have to fear police brutality in the same way black women might. Though my skin might be brown (which certainly comes with its own problems and racist realities), I don't specifically belong to a group of people who have been oppressed, enslaved, marginalized, institutionally mistreated and murdered, and denied liberty in this country and many others around the world.

Which brings me to white privilege. As Bustle's JR Thorpe puts it, white privlege is "the immunity, safety, access, and protection you attain simply by being white in modern society." But many white privilege deniers argue that they don't have white privilege because they went through a variety of hardships in their lives. As I mentioned before, privilege is intersectional — a low income white woman will have a different set of privileges and disadvantages than I as a middle class brown woman do, and by discussing the reality of white privilege, we're not negating or invalidating other hardships that may come with each individual's circumstances. Rather, we intend to shed light on the reality that white people are granted rights (whether they're subtle or obvious), immunities, and opportunities by their skin color, regardless of whether they asked for that privilege or not.

There are a variety of reasons it's important to check your white privilege if you're a white or white-presenting person, but the number one reason it's crucial to do so is to not become or remain complicit in a racist system that values the lives and experiences of one group over another based on something so arbitrary. So here are five ways to check your white privilege when you experience it or are aware of its impact on your surrounds and peers.

1. During discussions on race, be mindful not to silence people of color.

People of color have been silenced in significant ways throughout the history of this country. Native American narratives have been entirely written out of school textbooks and most historical accounts. People from Mexico, Central America, and South America are culturally lumped together and then stereotyped as "illegal" immigrants. East Asian representation in media is generally boiled down to offensive and problematic images. South Asians and Middle Eastern people are often assumed to be terrorists. Black people and African Americans face significant violence and death by shootings. The list goes on, but white people and colonists throughout human history have regularly written people of color out of history, effectively removing their voices from the equation. Not dominating the conversation, however, goes a long way; all voices need to be heard, both in terms of the big picture and during individual discussions on race, and checking your white privilege in this way helps that happen.

2. Do not assume you worked harder than a person of color to get where you are today.

Not even one percent of Fortune 500 Companies have black CEOs, and as of 2014, only four percent of CEOs were non-white minorities. There are a variety of reasons not to succumb to the mentality that these figures are a "coincidence," including proven biases people have against leaders who are people of color and systemic discrimination that makes it harder for people of color (especially black people) to access resources that will help them exceed. Check your privilege by working to erase or question your implicit bias or talk to people who assume hard work is the only way people get to the top.

3. Don't expect a person of color to educate you on race whenever you feel like it.

White people are not expected to speak on behalf of their entire group because their lives are considered to be the default or the "norm." However, quite often, people of color are called upon to describe their experiences or to educate people on issues or race and prejudice. Don't get me wrong; I'm usually happy to discuss issues of privilege, prejudice, and race with curious ears and open minds — but no one is inherently entitled to that conversation and shouldn't treat me as if I owe them information. I also, as I mentioned before, can't speak for all people of color; hell, I can't speak for all brown women or South Asian women, either! We all have unique experiences and face different oppressions, and you're not necessarily entitled to those stories at any moment if someone doesn't feel comfortable sharing or discussing them.

4. Consume film, television, music, and other media in a mindful way.

One way to do this is to resist racist and problematic depictions of people of color when confronted with them. For example, is the only black character in your favorite TV show an angry black woman? That's a stereotype. Is the Indian character a cab driver? That's a stereotype. Is the Latin American person an undocumented immigrant? Stereotype. Does your favorite music video feature a white person appropriating black culture? Does your favorite movie only feature a handful of total words spoken by the characters of color? We must first be conscious consumers of media to isolate any racial issues in order to make any sort of meaningful change and start demanding more diverse narratives.

5. Don't assume people of color are "pulling the race card."