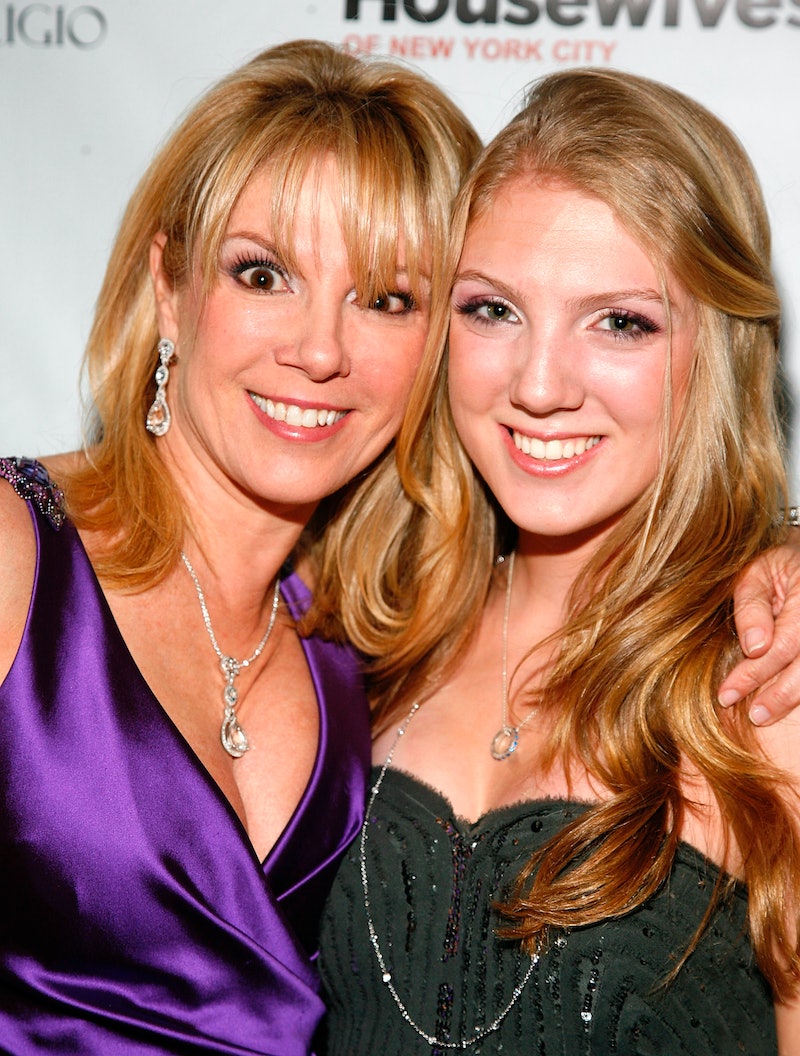 Sure, the show is called Real Housewives, but there are plenty of other entertaining characters involved, as well. In fact, a lot of the time the ones who steal the spotlight and captivate the viewers are the women's children. It makes me wish there was a Real Kids spinoff in some of the cities so we could learn even more about them. They really deserve more camera time! Nevertheless, the Real Housewives shows have been on TV for a long time now, so viewers have actually seen a lot of the kids over the years. If you think about it, they have really grown up before our eyes. But if you aren't up to date on some of your faves, the photos of Real Housewives kids all grown up below show just how far they've come (and just how long these shows have been on). Not all of the Real Kids are adults quite yet, but they've all changed so much since we first met them on the show.

From the kids who are no longer on Bravo to the ones who still have parents on the show, there have been plenty of memorable cast members over the years. And luckily for them, a lot of their most memorable moments and looks have been captured by the Bravo cameras.

Real Housewives of New Jersey fans have really seen Gia grow up in front of the cameras. When the show first started, Gia was slaying every after school activity possible. She was modeling, acting, dancing, cheering, and pretty much everything else possible. She was adorable and provided some quality cuteness for the show.

Nowadays, Gia is still dominating all those activities, but she's just more grown up. She even has her own band called 3KT. Teresa Giudice's oldest daughter has also stepped up a lot during the family's legal drama and has really been there for her parents by helping them look after her three younger sisters. Gia really has it all together!

It's crazy to think that when viewers first saw Briana she was a high school student. She was not really involved in Real Housewives of Orange County and preferred to stay in the background.

Now, Briana is a married mother of two and she has zero qualms about speaking her mind. She will do whatever it takes to protect her mother and help her make the right decisions. Briana is an honorary Real Housewife at this point.

Avery was the precocious and super intelligent young daughter of Ramona Singer when Real Housewives of New York City started out. She had no issue speaking her mind and it kind of seemed like she was raising her mother with her tough love. Avery wasn't in a lot of episodes, but she was definitely a scene stealer whenever she was on camera.

Now, we see even less of Avery on RHONY and that's probably a good thing. She is growing up away from the cameras and just trying to live her own life as a normal college student. If you're looking for a fix of Avery, just check out Ramona's Instagram to see the mother/daughter BFFs hanging out.

At the beginning of RHONJ, Lauren was in the shadow of her two outgoing brothers. She was not sure what she wanted to do and she was hard on herself about her weight and appearance.

Now, Lauren is a married women, who is very happy with her body image and career as a makeup artist and salon owner. She has worked very hard to be the person she wants to be and could not be happier.

The RHOC cameras caught Kara Keough while she was going through her high school years. This meant the viewers got to see her applying to colleges and talking back to her mom. Nevertheless, Kara was just a typical teenager and was far from a handful for her mother Jeana Keough.

Kara is all grown up now and a married woman with a baby on the way, who is so over reality television. She doesn't even live in the O.C. anymore! Kara is currently a Florida resident.

When RHONJ began, Ashley Holmes was Jacqueline Laurita's outspoken, rebellious daughter. She spent as much time fighting with her mom as she spent fighting for her mom. Ashley had no issue getting involved in the Real Housewives drama.

Now, she has legally changed her name from "Ashley" to "Ashlee" and she has a career as a makeup artist. And hopefully, things are going better with her mom Jacqueline!

Christine Staub was Danielle Staub's wise beyond her years daughter. She was pretty quiet, but everything said had value. She was also shown pursuing a career in modeling back in the day.

Now Christine is an honors student in college, who continues to make her mother proud with her accomplishments. This is another reason that we need the Staubs back on television.

Lynne Curtin's daughters were pretty wild back in the day. RHOC showed them as teenagers getting into all sorts of trouble. I would just love to know what juicy footage was left on the cutting room floor because I feel like there' must be a lot.

It can be tough growing up in front of the reality TV cameras, but the Real Housewives children seem to make it work in their unique ways. And I'm still hoping for some sort of spin off Real Kids spin off. *Cough cough* Andy Cohen.