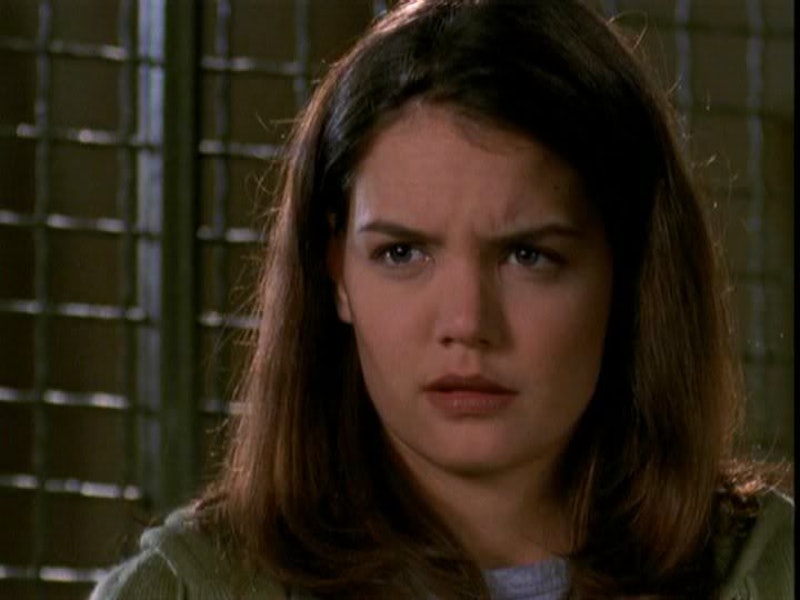 Everyone loves '90s TV, right? I mean, I love '90s TV more than I love food, and that's saying something. While there are shows from that classic era that I can return to again and again, there are others which, on reflection, have some problems. Namely, there are some anti-feminist moments in '90s TV shows, and watching them can be very painful to sit through. Sure, the TV of today isn't completely free from misogyny, but the '90s were a much simpler, perhaps more naive, decade.

While I'm not ready to write-off my favorite '90s shows just yet, alarm bells sound in my head whenever something un-feminist happens onscreen. Whether it's a subtle joke made by a character, or a person being a bit misogynistic in their choices, I've often found myself screaming at my laptop while watching. While TV shows aren't real life (news flash, right?), it's important that the shows we love are a reflection of the world we see around us, something which Shonda Rhimes often talks about. As Rhimes has created so many popular shows with amazing female characters in them, it's no wonder she's pioneering feminism on TV in 2016. But this wasn't always the case. So which '90s shows didn't quite live up to today's much higher standards? Let's take a look.

1. The Feud Between Joey Potter & Jen Lindley In Dawson's Creek

Even when Joey and Jen finally called a truce, their dialogue was often filled with anti-feminist cliches that did women everywhere a total injustice. The gif above is a prime example.

2. The Slut Shaming Of Jen Lindley In Dawson's Creek

While this is definitely not the last injustice against feminism that Dawson's Creek has seen, it's one of the worst. Jen was constantly vilified for having sex. Instead, she should have been celebrated for being a sex-positive feminist steadfast in her own decision making ability. We needed more characters like her in the '90s.

3. Felicity Moving Across The Country And Putting Her Education In Jeopardy For Ben In Felicity

In the Felicity pilot, Felicity Porter decided to change her college plans and follow the object of her affection, Ben Covington, played by Scott Speedman, across the country to New York. Look, I get it, Ben is stupidly hot, but is your future really worth jeopardizing because a cute boy looked at you? You can do better, Felicity!

I love Friends as much as the next person, but Joey Tribbiani was a bit of a creep. Sure, he was lovely, and funny, but his character had little respect for women. He was constantly trying to get women into bed, and find a way to get rid of them in the morning.

5. Rachel Green Giving Up Paris For Ross In Friends

Rachel Green was finally giving the chance of a lifetime. Remember when she was slaving away as a waitress at Central Perk, constantly being hit on by her boss Gunther? Well, at the end of Season 10 of Friends, Rachel was going to Paris to work for Louis Vuitton — talk about turning your life around! But thanks to Ross, she didn't go. Of course, she had every right to make that decision, but it would have been completely empowering to see her follow through with her life long dream of living in Paris. Heck, maybe Ross could have gotten a VISA to come over and live with her later.

6. The Alien Male Hierarchy In Roswell

Nothing riles me more than a raging patriarchy, and Roswell was a show that reinforced gender stereotypes to no end. When it was revealed that Max and co. were aliens, it turned out that he was the King, Katherine Heigl was his sister (though she blatantly should've been Queen of Everything, right?), and the mysterious Tess was his wife. Shiri Appleby's Liz was his girlfriend, meaning that every female character on the show was cast in a role in the shadow of a man — the king — whatever.

7. Ally McBeal's Love Life Being More Important Than Her Career In Ally McBeal.

Much like Felicity, Ally McBeal followed her man friend Billy to college. In fact, she went one further and followed him to law school, despite knowing nothing about the law. Sure, she turned out to be a bad-ass feminist in the end, but I'm pretty sick of this over-used trope being utilized time after time. Women have motivations besides following around the men in their lives.

8. Basically All Of Home Improvement

Two words: Tool Time. Every joke and gag was about how men were the machoist creatures to walk the planet. Women? Not so much.

9. Winnie Cooper's Self Doubt In The Wonder Years

The Wonder Years was never considered a feminist tome by any means, but Winnie Cooper definitely could've done with a serious dose of self-belief. Give this girl some female empowerment!

10. Zack Morris Being A Bit Of A Creep On Saved By The Bell

Zack Morris kept a cardboard cutout of Kelly in his bedroom. This was way before the two were ever a couple. That is blatant stalker behavior, and does not make him boyfriend material. But somehow, Zack managed to make Kelly his girlfriend. In hindsight, I'm not so happy about this one.

11. Sex And The City's Sexism Towards Men

While Sex and the City often encouraged a sex-positive feminist attitude, it also slated men. Certainly not a feminist show by any stretch of the imagination, mainly because its protagonists made so many unfair generalisations about the men that they met.

12. Kelly Kapowski's #LifeGoals In Saved By The Bell

'90s TV all too often relegated women to the role of housewife, which is why it's so refreshing to see more and more house husbands on TV in recent times (like Joel in Parenthood). It's nice to see the gender balance addressed when it comes caregiving. Unfortunately, Saved By The Bell's Kelly did nothing to stop this stereotype.

13. Zack Morris Impregnating Women In His Dreams In Saved By The Bell

Because when you love someone, the most important thing is to spread your seed. Women love that concept.

Will I stop watching '90s TV? Hell no! These are the shows that shaped my childhood, and they're classics for a reason. Still, it's good to be a bit cautious when re-watching them.

More like this
Shonda Rhimes Responded To The Surprise Exit Of A Day 1 'Grey's Anatomy' Figure
By Grace Wehniainen
Twitter Is Identifying With Sally Field & Jane Fonda’s Friendship In New Viral Video
By Jake Viswanath
Courteney Cox & Laura Dern Proved Their BFF Status With Matching Tattoos
By El Hunt
24 History-Making Black Women You Probably Didn't Learn About In School
By Ayana Lage and JR Thorpe
Get Even More From Bustle — Sign Up For The Newsletter
From hair trends to relationship advice, our daily newsletter has everything you need to sound like a person who’s on TikTok, even if you aren’t.