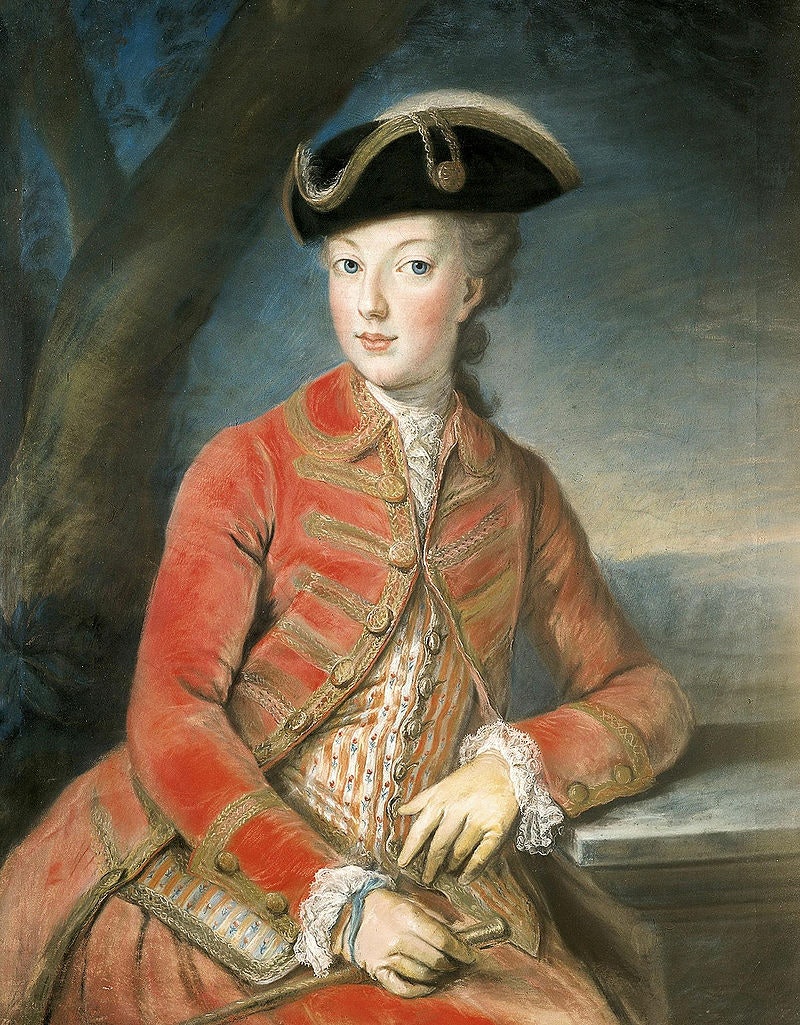 Throughout history, men and women have experimented with wearing each other's clothing. It may seem like a recent trend, but women wearing menswear goes back further than you might realize — way before Julia Roberts wore a suit to the 1990 Grammys, or Madonna dressed in an androgynous ensemble and kissed Britney and Christina at the 2003 MTV VMAs.

Nowadays, the gender binary is becoming less and less relevant, as a spectrum of gender identities has been introduced to society. Arguably more than ever before, folks who place themselves outside of the gender binary or who don't care to put a label on themselves at all are carving out their visibility. It's a great period of time to be alive, since we humans are breaking free from the shackles of society and the boxes into which we have been forced into. But women were doing this way before our time.

Werlin describes fashion history as a chicken and egg scenario. “People love the idea of there being a finite start date to fashion trends and ideas but unfortunately history doesn’t work that way,” she tells me. In short: There isn't an exact start date to women experimenting with menswear. “The first times it ever occurred were also probably the first times men and women had gendered clothing,” she adds. In other words, you could say women have been wearing menswear since the invention of a gendered society.

Werlin tells me that there's a long history of women dressing as men to fight in wars, with Joan of Arc being one of the most famous examples. "I’m sure women were dressing in men's clothes to fight in wars, take on men’s professions, or for whatever reason since ancient times," she explains, adding that Joan of Arc famously adopted male dress when she went off to battle. "I couldn’t say if she was trying to make some sort of political or social statement by wearing men’s clothes. I’m pretty sure she just did it because menswear was more practical for battle."

Werlin explained how, in the Western world, high heels were invented by men for men, to use for horseback riding. "In the 16th Century, women took on this trend and started wearing high heels too," she says. "Catherine de' Medici is often credited with bringing high heels to womenswear [in the 1500s], but I highly doubt she was the first." According to Werlin, women’s riding ensembles have been extremely influenced by menswear since the 17th Century.

During the 18th Century, it was very popular for women to have riding habits and redingotes that were inspired by military uniforms. Werlin says they were derived from (or directly copied from) the military uniforms of their husbands or male relatives, partly to show their patriotic support.

Some individuals used this style of outfit to show strength. "In 1762, right after she overthrew her husband and assumed control of the Russian throne, Catherine the Great reviewed her troops wearing a male officer’s uniform to present an image of power and strength," Werlin says.

She went on to explain how Marie Antoinette used her riding breeches in the early 1770s to cultivate an image of political strength — which was important because she wore them when she had yet to conceive a child. "She caused a huge scandal by dressing in breeches and riding astride a horse, rather than sidesaddle... She even had a portrait painted of herself in this rebellious garb," Werlin adds.

During the mid 19th Century, dress reformers adopted Turkish trousers, which were inspired by the clothing of the East. "They were basically just big, loose trousers. Men were not happy about this," Werlin says. For the dress reformers, wearing trousers was a political and social statement: It was all about women’s rights. "Amelia Bloomer wore Turkish trousers to advocate for women’s rights and her outfits later came to be known as the bloomer costume, although it was originally known as freedom dress."

Werlin tells me that throughout the first half of the 20th Century, there were so-called "style tribes" of women who liked menswear. Today, there are icons who have come to be associated with their rejection of traditionally feminine garments. "Coco Chanel took a great deal of inspiration from menswear in her fashion designs, and often wore menswear herself," she tells me. "Movie stars like Katharine Hepburn ... were often seen in trousers [that] helped to make them more fashionable in the 1920s and 1930s."

Throughout the 21st Century, we have seen many women in the public eye embrace menswear. In 2007, androgynous English model Agyness Deyn showed everyone how to rock menswear-inspired clothing. And since then, other androgynous models have hit the scene, including gender capitalist Rain Dove. Plus, who could forget Lady Gaga's alter ego Jo Calderone, who performed at the 2011 MTV VMAs?

Hopefully this is just the tip of the iceberg of things to come in terms of gender fluidity. Why should anyone limit themselves to only one type of clothing? Perhaps the end of gender-specific clothing is nigh, and that could be a very beautiful thing.

Want more on gender fluidity? Check out the video below, and be sure to subscribe to Bustle’s YouTube page for more inspo!