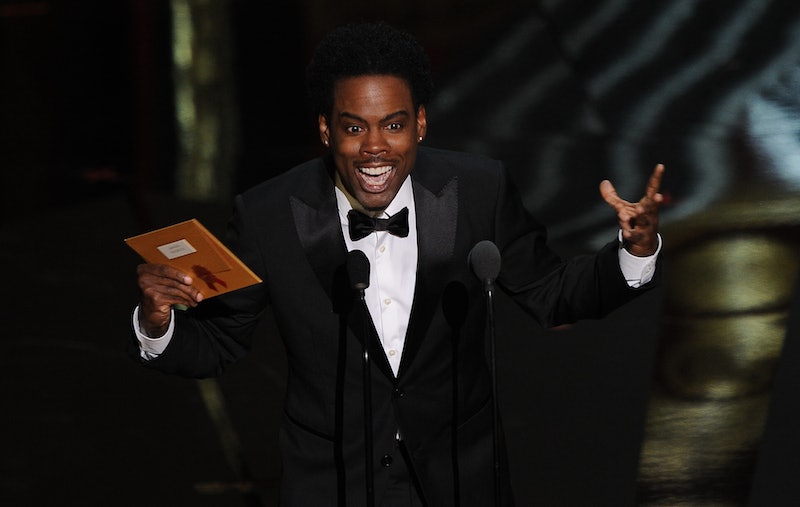 Are the Oscars still culturally relevant? With the 2016 Academy Awards fast approaching on Feb. 28, I can honestly tell you that's the question on my mind. Though the show is entering its 88th year, it still very much is — after all, "culturally relevant" means prompting conversation, and if there's one thing the Oscars has done this year so far, it's prompt conversation. The #OscarsSoWhite conversation, specifically — built off of the fact that the nominees for this year's awards are overwhelmingly white for the second year in a row — has prompted many actors, directors and members of the entertainment industry to announce they will be boycotting the ceremony. That alone proves the relevance of the Academy Awards. As a result, there's a lot at stake when the Oscars air this year. So, if you're watching, what should you be watching for — what's at stake?

Of course, there’s the question of who will win what, which is, after all, a large reason the Oscars exist. As the #OscarsSoWhite conversation pointed out to the world this year, the nominees are overwhelmingly white. To break it down by the numbers of how exactly the Oscars is so white: This year, none of the 20 acting nominations went to any people of color. Straight Outta Compton was basically ignored as a movie that even existed, save for the fact that two screenwriters — who were both white — earned nominations.

Not to discredit the work of anyone who received a nomination, but this is a staggering statistic.

The fact that we're faced with another year of overwhelmingly white nominees might make it seem like not much is at stake, but that would be false. A lot is, it's just outside of the nominees list this year. For instance — we've got Chris Rock hosting, and delivering the show's annual opening monologue. Rock, of course, shoulders a huge responsibility as the black host of a very, very white ceremony, and the fact that when he's hosted in the past (once in 2005, specifically) he's been a controversial and outspoken host makes me consider the possibility that he might use the position to point out the inherent and complex issues Hollywood has with racial and gender diversity. I'm convinced more of this when I recall that, in 2005, he opened the ceremony with a joke about how "great" it was that there was a total of four black nominees.

Rock was announced as host in October 2015 before the nominees were announced in December, and in light of how white the nominees ended up being, there were calls for Rock to join the #OscarsSoWhite boycott. But he's still involved with the show, and as actor Gabrielle Union — who starred in Rock's film Top Five — told Complex News on Monday, "Everyone should watch his speech," especially because Rock has some help from a friend in the know:

"He actually went up with Dave Chappelle a couple weeks ago... If you were lucky enough to be in the room, you might have an idea of where it could be going. [Chris] is not one to be under anyone’s thumb, or to have to kind of function under anyone’s agenda. He is a truth seeker and a truth speaker."

Rock could easily add to the conversation surrounding race and the Oscars with his monologue — it could be historic.

Another thing of note: the presenters this year are much more diverse than the nominees — some of the 2016 presenters are Kevin Hart, Whoopi Goldberg, Benicio Del Toro, and The Weeknd. Though it's unfortunate that the list of presenters is the only place we can see real diversity within the show, there's also opportunity here to incite — or, at least, get people talking — about change. Some of these presenters could take advantage of their introduction speeches to throw some shade, the way that Eva Longoria and America Ferrera did at the Golden Globes. Presenting together, the actors riffed on the fact that they were not, respectively, Eva Mendes and Gina Rodriguez — a joke referencing the snafu that occurred on the Golden Globes' official Twitter in December 2015, when a photo of America Ferrera was identified as a photo of Gina Rodriguez. They even added, for further clarification: "And neither of us are Rosario Dawson." (The HFPA later apologized for the mistake in a statement released to Bustle: "What occurred this morning was an unfortunate error. Our sincerest apologies to both America and Gina.")

That's the kind of cutting stuff Oscars stage presenters could bring to the table, and it's worth watching out for.

There's also President of the Academy Cheryl Boone Isaacs' speech to watch for. Every year, the Academy president takes the stage to acknowledge the audience and say a little somethin' about what an honorable occasion it is. Last year — despite it being the first year of the #OscarsSoWhite conversation following the fact that the nominees were the whitest in 17 years — Isaacs sidestepped the race conversation and instead chose to focus on free speech, in light of the massive Sony hack and the recent Charlie Hebdo attacks in Paris. But Isaacs has since shed that reticence. After the nominees were announced in December, she released a statement in January saying she was "heartbroken and frustrated at the lack of inclusion."

Additionally, Isaacs put her money and power in the Academy where her mouth is and, shortly after the nominations announcement, and announced an initiative to majorly overhaul the Academy's membership policies, as well as a pledge to double the number of women and minorities in the Academy by 2020. This candor could be present in Isaac's speech on Sunday night, and, if it is, it'll undoubtedly shine more light on the issue of diversity.

So to attempt to answer the question, "what's at stake?" in short, it would be just about everything. The nominees may be disappointingly white, but there's a lot of opportunity during the ceremony this year to get a conversation going about how things need to change in the future, and fast. How and if Hollywood takes responsibility during the ceremony for their "inclusion crisis" — a term used by Dr. Stacy Smith in the most recent Hollywood Diversity CARD from UC Annenberg which was released on Monday — is the most important thing at stake. The published study shows that representation is at an all time low, proving not only #OscarsSoWhite but #MostFilmsAndShowsBothNetworkAndStreamingAreAlsoSoWhite. If the Oscars proceeds (or tries to) with business as usual this year, it's not going to look good.

There must be some acknowledgement among all the glitz and glam that this whiteness of awards is unacceptable, and white Hollywood has to take responsibility and action.

More like this
Harry Styles Called For "Backlash" In Powerful Statement On Abortion Rights
By El Hunt
9 Films About Mental Health To Watch On Netflix UK
By L'Oréal Blackett and Sophie McEvoy
Shocked Fans & Former Co-Stars React To Ray Liotta’s Death At 67
By Grace Wehniainen
'Stranger Things' Star Joe Keery Is Dating An "Indie Scream Queen"
By S. Atkinson and Grace Wehniainen
Get Even More From Bustle — Sign Up For The Newsletter