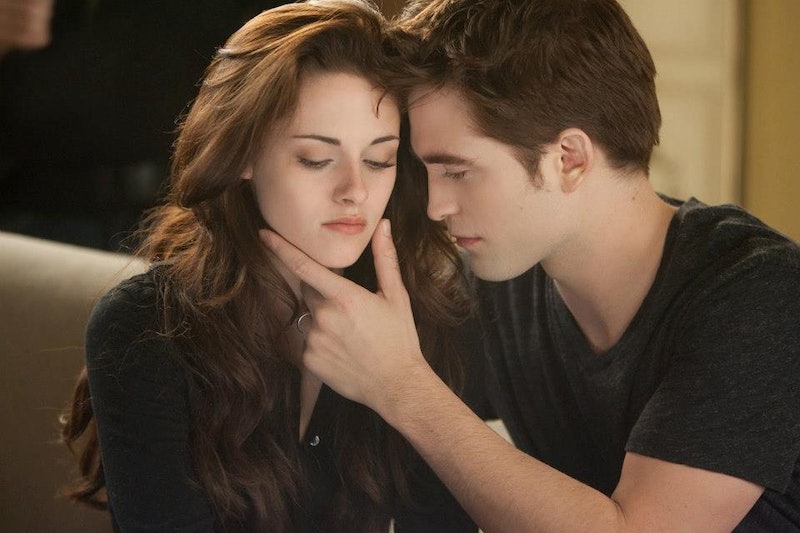 Some couples from literature go down in history as the most swoon-worthy significant others to ever grace a page. Other literary couples are dysfunctional and just plain horrible. No matter how romantic or idealistic their love, somehow the relationship leaves behind a trail of destruction and tragedy.

Maybe that’s part of the appeal. A passionate, romantic relationship couldn’t be easy, right? We don’t want to read about a couple cracking a few jokes, ordering pizza, and happily binge watching The Office together. We want drama! Desire! Fury! Revenge! Pining! And we readers will handle the pizza part.

However, romanticizing the drama can sometimes lead to romanticizing pretty awful relationships. Just because a literary couple’s romance seems passionate, doesn’t mean it’s healthy. On the page, the dramatic hero seems like a great deal, but if you met Edward Cullen in real life you would probably run as far as you could in the other direction. Because you prefer to sleep without an audience. And side note: while Bella always looks perfect while dreaming, some of us have to wear retainers that seriously cut down nighttime glamour, so, yet another unrealistic element.

However, if you know what NOT to do, you're actually halfway there. Because as terrible as some of these book couples are, they can actually teach us a lot about relationships.

1. Give Your SO Space To Be A Person

If Edward and Bella from Twilight taught us anything, it's that a couple needs space. For example, Bella should be able to make choices and not feel controlled by a hundred-year-old vampire. Edward should talk to her before leaving abruptly and forcing us to flip through a bunch of blank pages with months written at the top. There were a lot of things that could have been solved here by a bit of space.

2. Be Honest About How You Feel

Remember Miss Kenton and Stevens, the couple from The Remains of the Day ? NO YOU DON'T, because these two were never actually a couple. Their tension-filled relationship turned into just a memory... and a regret. So, carpe diem with your love life.

"Hey Romeo, I know it's going to LOOK like I'm dead, but I'm actually not. So don't poison yourself after jumping to conclusions."

And they lived happily ever after. That's how it could have ended if these two had been better with communication.

4. Make Sure You're Not Related

Thanks for that lesson, Oedipus and Jocasta. And more recently, Clary and Jace. I know these two characters from The Mortal Instruments weren't actually related, but if you have to ask, that is already an issue.

5. Sometimes You Just Need To Be Patient

So, you've been seeing someone, but you realize you're just not right for each other. Maybe your personalities are a mismatch. Maybe there's someone else that you've never stopped loving. If you're a literary character, what do you do? Apparently you marry the person you're currently dating anyway. Why, Daisy and Tom Buchanan? The Great Gatsby could have had a very different ending if everyone just learned to BE PATIENT.

6. Don't Freak Out Until You Know The Whole Story

As previously established, patience is important in a relationship. So is communication. Sometimes, though, you will think that everything has gone wrong. You'll think your SO is terrible and suddenly it's all aboard the Anxiety Express. If you're Heathcliff from Wuthering Heights , you won't stop to make sure you have the whole story. You'll hope on that train and ride it into the sunset, when you could have just stayed calm and heard Catherine's whole story. Then you'd be living happily ever after with her, instead of just her ghost.

7. Be With Someone Who Brings Out Your Best Self

So, maybe Laurie and Jo weren't destined to be. I still have trouble accepting this, but okay. However, it's clear that with the professor, Jo isn't herself anymore — suddenly she's darning socks and has abandoned the spirited ambition she displayed throughout the rest of Little Women. If Laurie and Jo teach you anything, let them teach you to be with someone who brings out your best and truest self.

Shouldn't someone who loves you support your endeavors, and vice versa? Like Eponine supports Marius. Cosette, on the other hand, doesn't contribute to Marius's endeavors in the same way. Okay, maybe I'm too persuaded by the song On My Own from the musical version of Les Misérables, but still. It's a fair point.

9. Know Your SO's True Self

It's really important to get to know someone for who they really are. Amy and Nick from Gone Girl learned that the hard way.

Emma and Charles Bovary from Madame Bovary had issues. Emma was dissatisfied with the life Charles created for the two of them, and it was clear these two weren't the perfect couple. The takeaway from their relationship? Find someone you love for both the good and the bad. And the retainers. Can't let those years of braces go to waste, people. Not even for the sake of Bella Swan-style nighttime glamour.