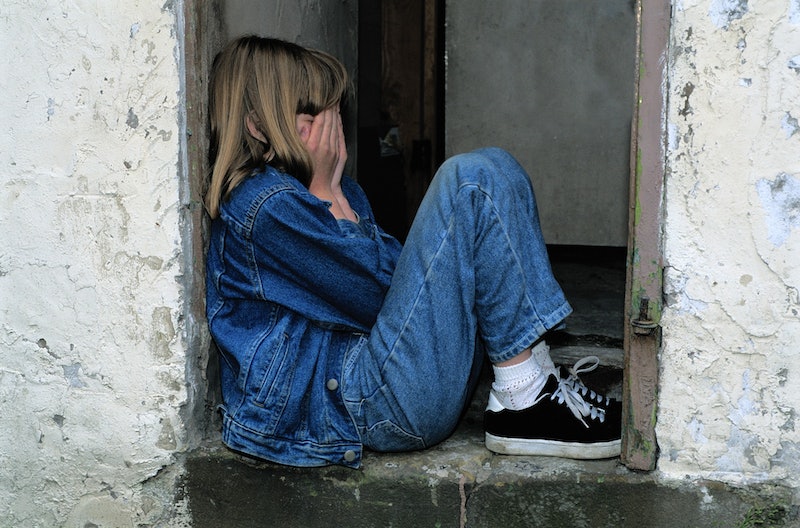 It's very clear that sexual assault victims are not always treated with the most sympathy in our society. Due to this lack of understanding, there are so many things people need to stop telling sexual assault survivors — and yet they continue to say them anyway, often because they either believe it will help or think it's acceptable (sometimes both). But much of the time, they only make matters worse.

Sexual assault is disturbingly common in the United States. According to the Rape, Abuse, and Incest National Network (RAINN), about 15 percent of women are raped during their lifetimes. Studies have found that one in every three to five women is sexually assaulted during college, depending on the study and how it defines sexual assault. For gender-nonconforming people, it's even worse, with 39.1 percent of TGQN (transgender, genderqueer, questioning, or non-conforming) people experiencing sexual misconduct during college, according to one Association of American Universities study. Men aren't exempt either, with 8.6 percent experiencing sexual misconduct during college and three percent experiencing completed or attempted rape at some point, according to RAINN. Due to the stigmatization and blaming of sexual assault victims, these crimes usually go unreported. RAINN estimates that only 32 percent are reported to police.

Victims shouldn't have to live with shame that should actually belong to their perpetrators. Here are some things we need to stop saying to them in order to avoid perpetuating the stigma.

2. "What Were You Doing Beforehand?"

Sexual assault victims are often questioned about a slew of activities prior to the assault: Did they drink? Did they come back to their rapist's room? Did they "lead them on?" Was the whole thing just a misunderstanding? A defense lawyer even once accused an 11-year-old girl of allegedly seducing her gang rapists like a "spider." (The defense's claim that the girl was a "willing participant" was found not to be true, and several of the accused rapists were convicted of the crime and sentenced.) It doesn't matter what someone was doing beforehand because only an enthusiastic "yes" is consent.

Another, subtler form of victim-blaming is asking victims if they fought back, as if not fighting "hard enough" indicates consent. But people may freeze when they're being assaulted, or they may be afraid that fighting back will lead the perpetrator to retaliate. Whatever the reason, it's completely irrelevant whether or not they fought back because the rape still happened in the first place.

Sometimes, the biggest backlash can come from people who want to end sexual violence. They may blame victims for not reporting their crimes, as if it's their responsibility to make sure their rapist ends up in jail. However, there are a lot of considerations survivors have to take into account regarding reporting, such as whether or not they want to be subjected to potential shaming from the police or bullying from their peers. Ultimately, they may have to put their own mental health or physical safety first.

This may be said in less stereotypical instances of sexual assault, such as when someone has started having sex and then stops consenting or when someone has had sex with their rapist before. But only the victim knows whether or not they consented to a particular act or acts, no matter how it might appear to outsiders.

When someone is respected in their community as a top-notch employee, sports star, or overall good person, people are often skeptical that this person could be a rapist. But there's no way to identify a rapist based on surface traits; it could be anyone of any gender, race, orientation, or reputation. Especially if you have a relationship with an accused rapist, the urge may be to protect them, but it's very rare for victims to lie about rape. We can support rape victims by believing them, no matter who their rapists are.