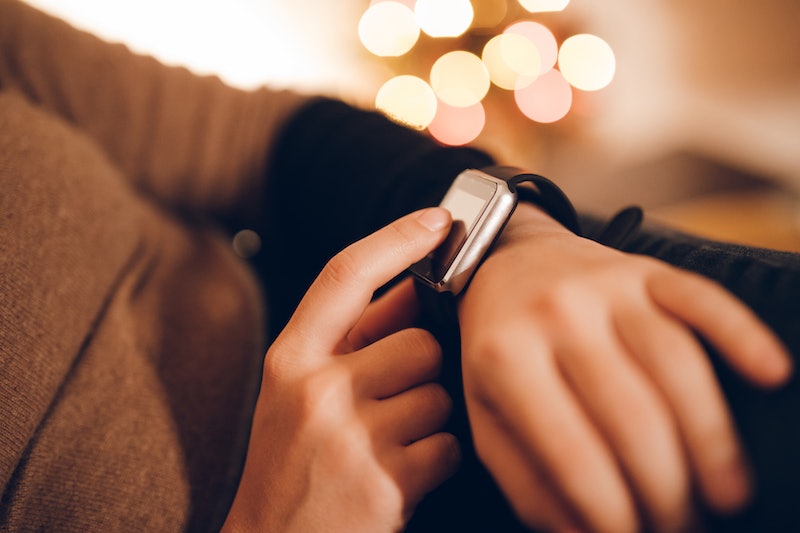 urbazon/E+/Getty Images
By Marissa Higgins
May 2, 2016

If you're anything like me, you are always running late. I know, I know — it's a horrible habit. But it turns out that, for the perptually tardy among us, there actually are science-based reasons you're always late. I'm not sure I'd call them justification, but they do serve as a good way to explain our behavior — and also as a tool of defense when our friends inevitably critique us for making everyone miss the dinner reservation, again.

For me, there is nothing more interesting than examining human behavior, even if that behavior is a trait or habit I have myself that isn't a particularly good one (see also: my coffee addiction). Luckily for us, there's a good bit of research on why people are late that exists, so we have a pretty solid amount of expectations for our tardiness. Don't worry; none of these excuses are "I slept through my alarm... again."

If you're just late for, say, brunch with your friends, they may give you flack about it but ultimately forgive you. However, if you're consistently late for obligations like work or class, it could have a negative impact on your reputation... if not your livelihood. While being dismissed or fired from a position or opportunity is a bummer no matter what the reason, tardiness tends to sting particularly badly because it doesn't necessarily reflect on your capacity to do the rest of your job or your overall potential. It's generally worth it not to get in the habit of making excuses for yourself about why it's OK to be late all the time when your job is at stake.

That said, though, when ir comes to being late, it often isn't because people don't actually want to go somewhere or be with the people they're meeting. Sure, it's normal to feel a sense of dread if you really want to skip class or avoid a work meeting, but hovering in the hallway to avoid awkward small talk isn't really the same as being late for things — and actual lateness might be indicative of something else going on. So with all that in mind, let's take a look at a few science-backed reasons you're always running for the bus:

When you're running late for things, psychologist Julie Jarett Marcuse explains, it might actually be "about a dialogue of push and pull." That's right: Being late can be about subverting the power dynamic between people. Pretty intense, right? In her post for Psychology Today, Mercuse offers the example of a patient who is unhappy at work and feels that her boss micromanages her — so, as a response, she may be (latently) arriving late to work as a way to subvert him and hold onto control. As Marcuse explains, lateness "passively expresses resentment about the expectations of others and anger about submitting to external demands."

I can't really sugarcoat this one, so I'll just go out and say it: If you're chronically late for things, it might be a sign you're bad at planning, period. Now, if you're bad at planning, you aren't alone; studies show, for example, that an average of 40 percent of people drastically underestimate how much time a task will take them to complete. If you find you're late because you're falling behind on your other tasks on a regular basis, though, it might be worth looking into a few strategies to develop better planning skills.

Studies show that if you're chronically late, there's a high likelihood you're also someone who multitasks on projects. Now, multitasking isn't necessarily a bad thing (and I feel like in the modern age of technology, pretty much everyone finds themselves doing it at some point every day) — but research also shows that multitasking can actually slow down your progress on finishing individual tasks. This isn't super surprising, when you think that your brain spends switching from one topic to another in order to get back in the "zone" of each task.

You know those days when you sit back and you're like, "Man, I really don't know where the time went?" If you're someone who is always late, it's possible you really are experiencing time differently than people who are punctual. Studies show that for people with traditional Type A personalities, what they felt as one minute passed in 58 seconds, whereas for Type B personalities, what they felt as one minute passed within 77 seconds. Sure, 18 seconds is a very small amount of time, but if consistently occurs over your life, just think of how much extra time you've taken on completing a task or finding your keys.

Were you one of those people who always waited until the last minute to do a paper or project for class, only to feel a giddy sense of excitement when you turned it in, right on the dot of the deadline? If yes, you're not alone. Studies show that for some people who are chronically late, there's an excitement surrounding pushing the deadlines for things; people see it as a thrill and a challenge to push themselves to the limit while still accomplishing their tasks. Now, one could argue that so long as you're getting it all done, you're all good, but obviously this practice can be risky — if there are any flubs in the plan (unexpected traffic, your computer crashes, your favorite grandmother calls to chat, and etc.), you may end up too late.

More like this
An Honest Review Of The TikTok-Famous WalkingPad
By Kaitlyn Wylde
5 Crystals To Manifest More Money
By Megan McCarty
How To Protect Your Digital Privacy If You Need An Abortion Post Roe v. Wade
By Kaitlyn Wylde
What Dreams About Being Lost Mean, According To Experts
By Carolyn Steber
Get Even More From Bustle — Sign Up For The Newsletter