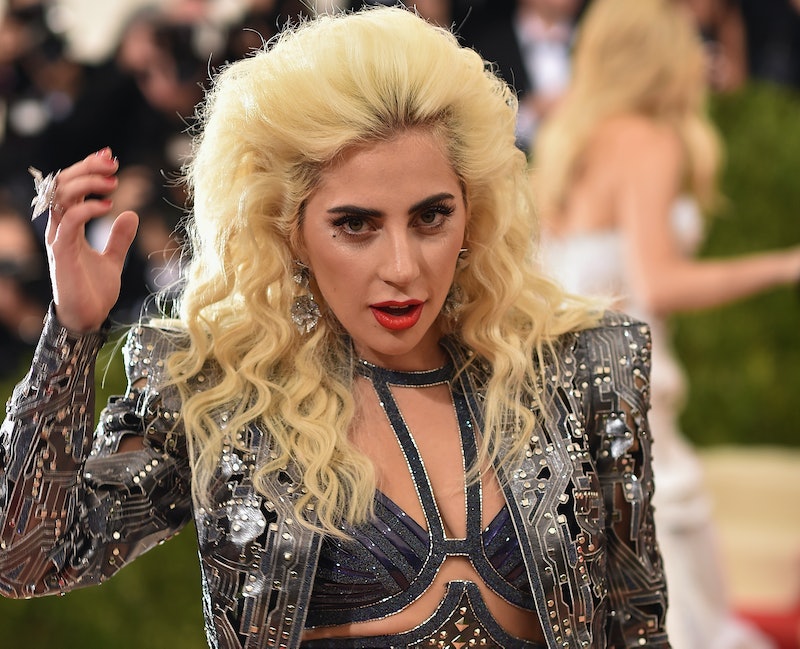 Update: On Friday, Lady Gaga's rep denied the report that Lady Gaga will star as Cilla Black in Dionne, stating that, "Lady Gaga is not attached and will not appear in the project. Reports of Gaga starring in the project are false." A source for Variety also added that, "Lady Gaga had never even heard of the movie." While this is a huge blow to fans who were hoping to see her acting career blossom beyond American Horror Story, at least she has plenty of time left open to star in the upcoming season of the Ryan Murphy show.

Earlier: For anyone who loves the "I Say a Little Prayer" scene in My Best Friend's Wedding, I've got good news since a Dionne Warwick biopic has been announced. Making this announcement even more exciting is the fact that Lady Gaga is to star as Cilla Black — the British singer who Warwick claims was her "musical nemesis," The Hollywood Reporter stated. Although the main star of the film will be original Destiny's Child member LeToya Luckett as Warwick, the casting of Gaga has understandably caused a stir. The movie Dionne was announced at the Cannes Film Festival on Friday, May 13 and though Variety reported that production isn't slated to start until October 2016, get excited knowing that Lady Gaga is continuing to grow her ever-expanding acting career with this film.

Lady Gaga already announced that she's going to release a new album in 2016, so that means the triple threat is adding on to her already epic year. Considering that she performed at the Super Bowl, Grammys, and Oscars all in February 2016 — not to mention that Gaga won a Golden Globe for American Horror Story: Hotel in January — this year can hardly get anymore fulfilling for Lady Gaga or her fans. Dionne won't be released until after 2016 since filming is happening in October, but I can't wait to see Gaga chewing the scenery as Warwick's musical rival come 2017.

Warwick herself helped make the announcement of her biopic at Cannes, where she openly discussed her issues with Black . "She stole my music, and I was not a very happy camper about that," The Guardian reported Warwick said during the press conference. "Over the years, we grew up and understood each other. It all got cleared away." Black, who died in August 2015, topped the U.K. charts in 1964 with her cover of Warwick's song "Anyone Who Had a Heart." With the film taking place between 1962 and 1968, expect Gaga to belt out her own version of the song.

Although Gaga had a small role in Machete Kills in 2013, I'm more than ready to see her take on the big screen — and as a singer — in a larger film role. With her casting in Dionne and Season 6 of American Horror Story, Lady Gaga is truly the entertainment gift that keeps on giving in 2016.