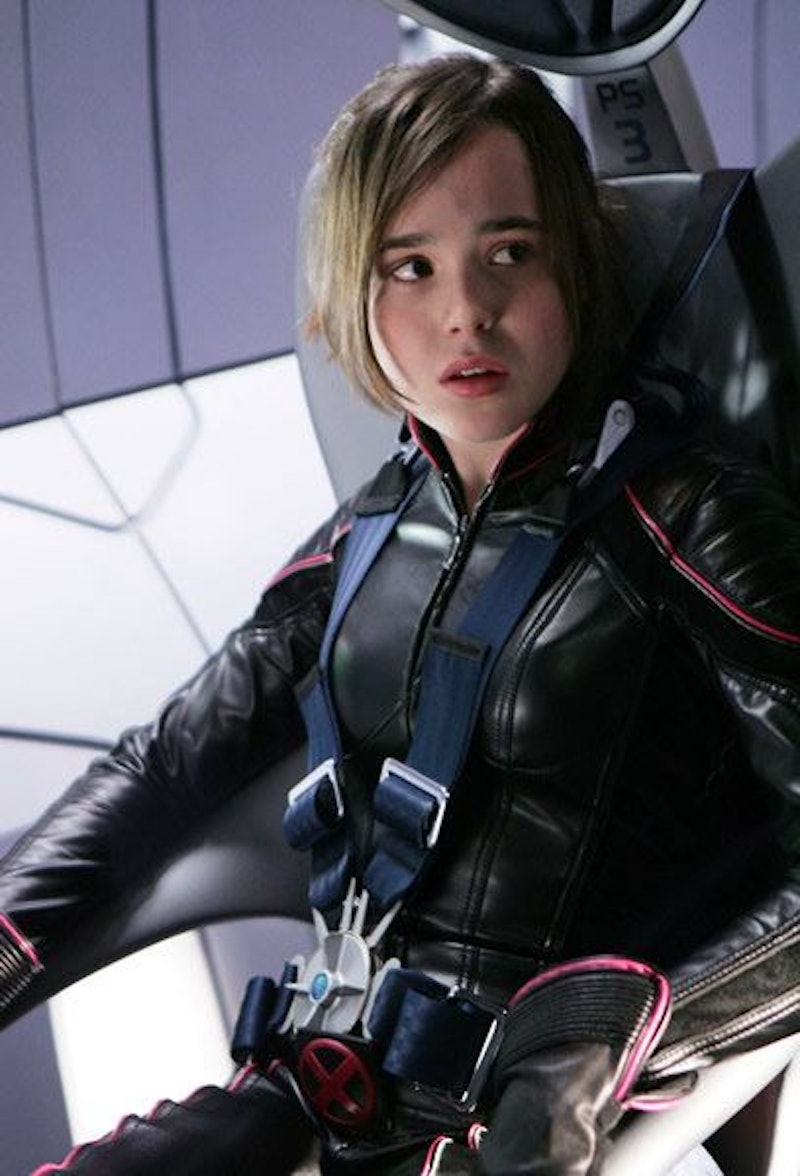 After X-Men: Days of Future Past, the timeline of the X-Men movies is kind of up in the air. While the events of that movie saved the future of the X-Men so they weren't dying at the hands of the Sentinels, they also seemed to erase certain other events that had happened in previous X-Men movies; like a lot of the stuff that went down in X-Men: The Last Stand. So where does that leave the character of Kitty Pryde in X-Men: Apocalypse ? Is she in the movie, or not a part of this newest installment?

Sorry, Kitty fans, but the phasing mutant is not involved in X-Men: Apocalypse. The new film takes place in 1983, with none of Days of Future Past's flash-forwards. And since Kitty is a teenager when she joins the X-Men in the 2000s, she is missing from X-Men: Apocalypse since she would have been very young during the period when the film takes place. This is the same reason ultimately that certain other characters, like Rogue, don't appear in X-Men: Apocalypse , while the X-Men who were older in the 2000s, like Storm, do show up in the new film as teens. Confusing, I know, but where does this leave the future of Kitty in the X-Men franchise moving forward?

It's hard to say. The X-Men movies have historically not been the best when it comes to continuity, but they've done a poor job in handling Kitty's character. Though few will remember, she actually first appears in the original X-Men in 2000, in a cameo portrayed by Sumela Kay. The character then returns again in another cameo in X-2, this time played by Katie Stuart. Then, Ellen Paged debuted as the Kitty with whom most fans are familiar in X-Men: The Last Stand. This version of Kitty appears again in the future timeline in Days of Future Past, now possessing the ability to send a person's consciousness back in time. At the end of that film, when Wolverine returns to his future body, Kitty is seen teaching at Xavier's school, meaning that's presumably where she is now. But according to director Bryan Singer, that doesn't necessarily mean that Kitty's life leading up to that point can't go through some changes.

"[The timeline]'s not leading necessarily toward exactly where we found [the X-Men] at the beginning of X-Men 1," Singer told Adam Chitwood of Collider in January. "There are some things that lead in that general direction, that was part of the philosophy we had at the end of Days of Future Past is that you can’t fully change the course or current of the river, but you can just divert it a little bit, and we diverted it a little bit. So some things will be surprises; people could die that were alive in X-Men 1, 2 and 3, or people could survive that died during 1, 2 and 3."

OK, so basically anything can happen as far as Kitty Pryde is concerned. But what about the actor most associated with the role? Well, it turns out Ellen Page would be interested in reprising her role, but she has no idea if it will happen, as she told Italian outlet Cinefilos last October.

Personally, I would love to see a rebooted Kitty Pryde in the X-Men movies. The character is a beloved member of the X-Men from the comics, but hasn't been treated all that great in the films. After mere cameos in her first two appearances, in her first big role she mainly acts as a romantic foil to Rogue. Then, in Days of Future Past, her role from the classic comic book storyline on which the film is based was given to Wolverine (it's Kitty who goes back in time in the comics). Now, with Apocalypse, some comic fans are upset about the film's inclusion of Jubilee over Kitty. Kitty is very associated with the '80s X-Men, while Jubilee is seen as being representative of the Jim Lee '90s. Both characters set out to do the same thing; they're young teens who join the X-Men and act as the reader's surrogate, but while Kitty is complex and relatable, Jubilee often comes across as an annoying mall rat stereotype (with a silly power to boot). And while Kitty has a devoted and passionate fanbase, Jubilee is more often a favorite target of ire among many fans.

So even though Kitty Pryde doesn't appear in X-Men: Apocalypse, there is still hope that the character will be walking through walls in a future X-Men movie. And hopefully, she'll get the respect she's due.