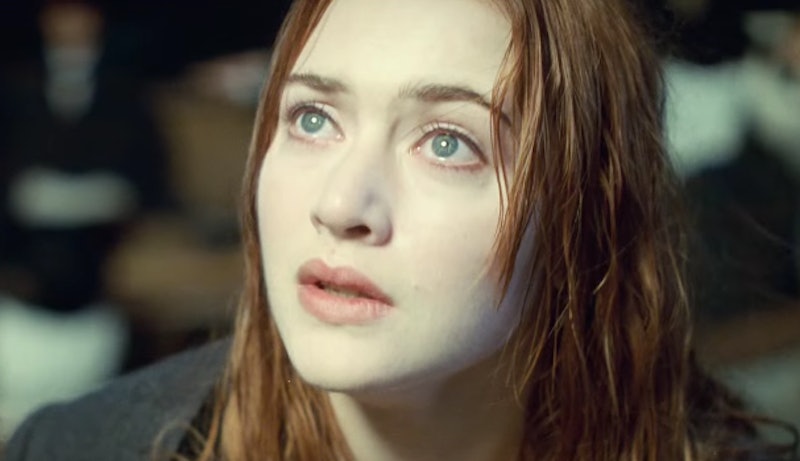 Eyebrows have come a long way since the 1990s. This browvolution can be seen captured in pictures of celebrity eyebrows in the ‘90s versus today. Once upon a time, the aim of the eyebrow game was to get your brows to look as thin as possible, with an added little bobble near the top of your nose. Back then, it was fashionable for your eyebrows to look like cartoon sperm on the move — they often had a sharp bend in the middle — but now the world of eyebrows is very different.

Nowadays, it seems that the rule is the thicker the better when it comes to brows. Cara Delevingne made bushy eyebrows a thing and then Kylie Jenner took it one step further, grooming her seemingly thick brows into almost doll-like perfection. According to Merriam-Webster, the term “fleek” was originally used to describe “perfectly-groomed eyebrows.” There are a myriad of eyebrow tools that I never knew existed — and now I’m acutely aware that I may need an Anastasia Beverly Hills Brow Definer or similar products in my life.

Now, let's look back on a time when we were all plucking as much as possible.

In her Clarissa Explains It All days, Melissa's eyebrows looked fairly au naturel. They were the kind of brows you'd expect a '90s kid to have.

After all these years, Melissa is still rocking her natural colored brows, but they're actually thinner than her '90s brows. This goes against the grain of sporting thin eyebrows in the '90s and thicker eyebrows in recent years. But, so what? Sometimes it's good to do your own thing.

Back in her Hard Core days, Lil' Kim's '90s brows were super slim.

Britney's brows were rather sparse and on trend back in the day.

Now they're much fuller but she still seems to have opted for natural looking eyebrows.

Back in the '90s I would have traded my Tamagotchi for Christina Aguilera's eyebrows.

Her eyebrows are still beautiful, although they appear slightly shorter and a little more arched.

Although Drew's eyebrows are certainly in-keeping with the fashion of the time, they're a little too thin for my personal taste.

Nowadays it appears Ms. Barrymore lets her brows grow free. What a contrast these hairy beauts make to her trendy 1990s brows!

In the '90s, Leo's brows were pretty ordinary; they were nothing to write home about. Sorry Leo!

But now, Leo's eyebrows fit in with the rest of his rugged, manly looks.

There had definitely been some well-manoeuvred tweezering happening on the Olsen twins' eyebrows circa '99.

Even though they've kept similar shaped brows into their adulthood, Mary-Kate and Ashley have definitely let loose a little.

I'm not sure if it's just the expression he's pulling, but it looks like Will Smith rocked some mighty high eyebrow arches back in the '90s.

Nowadays they've not changed too much — they've filled out a little and the ends are less rounded.

How Brandy achieved those impeccable 1990s brows, I will never know!

Brandy's brows are still rolling with the times! They suit her face shape perfectly and the eyebrow shape and thickness is bang on trend.

It could be the fact that they're half covered by her hat and hair, but Kate Moss' brows look barely there.

Slightly thicker and a little darker, although Kate's eyebrows probably wouldn't be classed as trendy, they still suit her down to the ground. Besides, when you're Kate Moss you set trends instead of follow them.

It could be the lighting, but in this photo, Tyra's '90s brows look so thin they appear almost non-existent in places.

Fashion forward Tyra is bang up to date with these beautiful brows.

As per usual, Aniston killed it with wonderful, 1990s girl next door eyebrows.

Perhaps her eyebrow pencil had rubbed off during the shipwreck, but Kate Winslet's eyebrows still looked thicker than the average '90s brow.

It's got to be said: Kate's modern brows do look a little trendier than her 1990s eyebrows. Bravo Kate!

Who knows what crazy eyebrow trends await us in the future? Until then, all we can do is look as on fleek as possible.