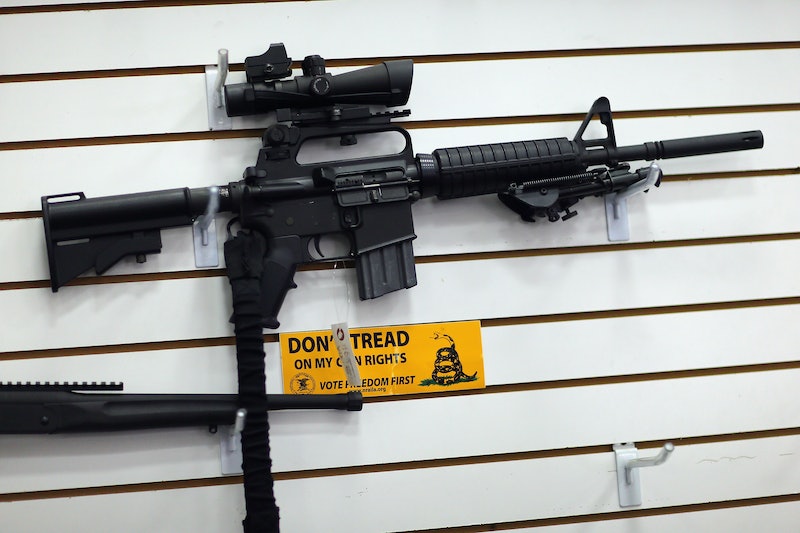 Update: In a press conference Monday morning, Orlando police confirmed that 49 people had been killed and 53 injured early Sunday morning atOrlando's Pulse gay nightclub in the deadliest mass shooting in recent U.S. history. After opening fire on the crowd, an individual named Omar Mateen had taken hostages and was ultimately killed in a stand-off with police; Mateen had called 911 and pledged allegiance to the Islamic State shortly before the massacre. Orlando mayor Buddy Dyer declared a state of emergency, and the massacre is being investigated as an act of terrorism.

The victims' names were released by the city of Orlando on its website as their next of kin were informed. Here are some ways to help the Orlando shooting victims and their loved ones; you can also donate to the victims' fund, as well as express your solidarity with the LGBTQ community byposting a tribute online. You can also attend a vigil near you to honor the victims.

Earlier: Early Sunday morning, a night out turned deadly for the people at Orlando, Florida's Pulse nightclub. In what has now been officially dubbed the worst mass shooting in American history, at least 50 people were killed and another 50 plus were injured when a gunman opened fire. Recovered at the Orlando scene was an AR-15 assault rifle, according to NBC News, the same type of rifle used in the Sandy Hook shooting to kill 20 young children and six adults. It's also the same type of rifle used by a man to reign terror down on a movie theater full of people, the same gun used in the Umpqua Community College shooting, and the same gun used in the San Bernardino, California shooting that left 14 dead.

Over and over again, the AR-15 and other assault rifles have been the weapons of choice for those seeking to wreak havoc on unsuspecting people, and yet some people deem these guns as ideal for home defense. In fact, a 2013 NRA article entitled "The AR-15: The Gun Liberals Love To Hate" reportedly argued that the AR-15 is simply misunderstood, and not something to be feared (it has since been taken down). Slate writer Justin Peters' brilliant rebuttal took down many of the the article's more concerning arguments, including the gun's supposed use as a self-defense weapon. Bustle has reached out to the NRA for comment on the Orlando attacks, but hasn't heard back at this time.

The AR-15 has no business being used for home defense purposes. This has nothing to do with politics, and everything to do with saving lives. Those who wish to break out the old adage, "guns don't kill people, people kill people," need to take a closer look at the type of gun some people are using to inflict mass harm to others. These are assault rifles designed to inflict massive amounts of damage rapidly, weapons that are popular because of how easily they can be modified to become even more destructive, according to Guns and Ammo. The AR-15 is not a gun that belongs in your home or on the street. This is a gun meant for military use, that has found advocacy for civilian use not because it is useful, but because it is profitable.

Many people might never be convinced that the AR-15 is not meant for home defense, but here are five reasons that prove why it is anything but a standard weapon used for protection and hunting.

1. The AR-15 Was Designed For Military Use

In 1957, the United States Army asked Armalite to produce a lighter-weight rifle capable of piercing "both sides of a standard Army helmet at 500 meters," according to the AR-15 website. After extensive research on the effectiveness of weapons in war and how those weapons injured soldiers, the AR-15 was created to be an efficient rifle that could cause mass amounts of damage quickly. In the 1960s, the AR-15 became known as the M-16.

If you are going to use a gun as your first line of defense, do you want a gun that sprays bullets everywhere in rapid succession? The "assault" part of assault rifle describes the deadliness of the AR-15. In his piece for Slate, Peters noted the AR-15 can fire up to 45 rounds per minute. If you are attempting to use this gun for self-defense if someone is attacking you and your family, it's not the best move; bullets are going to be flying everywhere, and the potential to hit a family member, a neighbor, a pet, or even yourself seems dangerously high.

One of the reasons that the AR-15 is popular is because it can be endlessly customized — never mind that the ease of customization can lead to owners unwittingly violating state laws. Holding a rifle that can fire 45 rounds per minute is certainly going to make a person feel powerful, but is it actually making them safer? No. The AR-15 is a weapon that gun owners can brag about owning, but its usefulness in self-protection is questionable at best.

4. The Odds Of An AR-15 Or Any Gun Being Used For Home Defense Are Low

The idea that if good people have guns then everyone will be safe is simply ridiculous. Whether you have an AR-15 or a pistol in your home, the chances of you ever using it for home defense are minuscule. In 2012, the Violence Policy Center released data that revealed only 259 justified homicide cases (i.e. when people killed others in self-defense) were confirmed in the United States. In contrast there were 1.2 million violent crimes in 2012.

Even more alarming? The LA Times reported there was just "one justifiable killing for every 32 murders, suicides or accidental deaths (the ratio increases to 38-1 over the five-year period ending in 2012)." With that data in mind, would having an assault rifle in your home honestly make you feel any safer?

5. The AR-15 Is Powerful Enough To Pierce Body Armor

Mark and Jackie Barden, the parents of David Barden, one of the children who was murdered in Sandy Hook, are among the plaintiffs trying to hold the gun manufacturers accountable for selling AR-15s to civilians in the Soto et. al v. Bushmaster case. The Bardens penned an op-ed for the Washington Post in early 2016, in which they wrote, "The last thing our sweet little Daniel would have seen in his short, beautiful life was the long barrel of a ferocious rifle designed to kill the enemy in war. The last thing Daniel’s tender little body would have felt were bullets expelled from that AR-15 traveling at greater than 3,000 feet per second — a speed designed to pierce body armor in the war zones of Fallujah."

To bring a weapon into your home — or anywhere — that is powerful enough to be used on a battlefield is not a rational response to self defense, but a highly dangerous move.