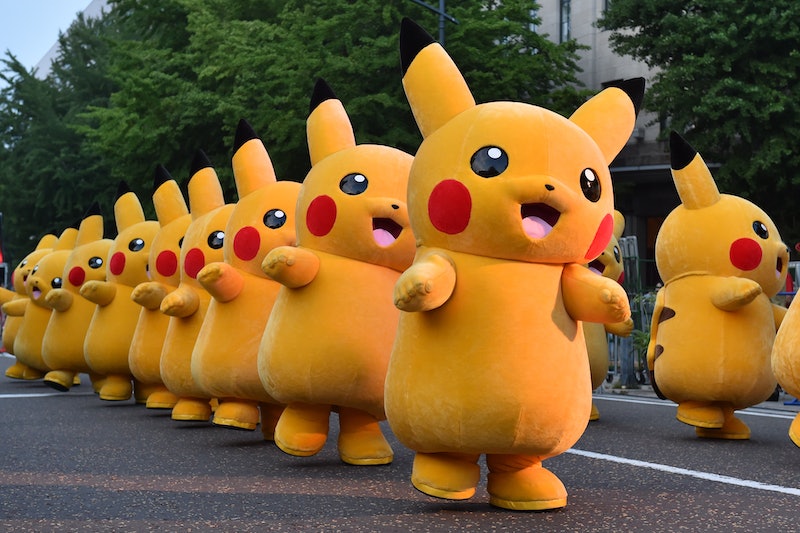 If you're a fan of Pokemon based in the United States, Australia, or New Zealand you likely spent the weekend exploring your neighborhood in search of virtual creatures to collect in the newly released "Pokemon Go" app. But if you're not currently in any of those three countries or are planning on traveling soon, you might be wondering, is "Pokemon Go" international? Well, I have some good news and some bad news for you if you were hoping to capture a few Pokemon while, say, checking out the Eiffel Tower. The good news is that it's going to be possible eventually... but the bad news is that it might be a little while first.

Here's the deal: As of right now, the release of "Pokemon Go" in Europe, the UK, and elsewhere outside of the United States is pretty much on pause, according to Business Insider. What gives? Basically, too many people want to play it. From the looks of social media and initial reviews, it appears that many users are experiencing the game slowing down or crashing entirely, likely due to the sheer volume of players. Indeed, though there are plans to expand "Pokemon Go" internationally, Niantic, the app developer which teamed up with Nintendo for "Pokemon Go," explained to Business Insider that international release is on hold until they can fix the issues and bugs and get the servers working reliably for everyone. Said Niantic CEO John Hanke, the international rollout is "paused until we're comfortable" — although when that will be, we don't yet know.

While "Pokemon Go" is a free app — as well as a game, and therefore meant to be, you know, fun — it's easy to see why users might be frustrated with the server problems. After all, us '90s kids have been waiting basically a decade to be able to go outside and catch Pokemon in the wild, right? Most of us would just love to be able to do so without the app experiencing server issues the moment we finally manage to catch a Squirtle.

But despite the lags in service, users are still pretty obsessed with "Pokemon Go." In fact, people are reporting that they're getting more exercise and spending more time outside because of the app, which is pretty awesome in itself. Additionally, "Pokemon GO" may be leading people to make new friends and reconnect with old ones. Given how busy everyone is between all of their personal obligations, like work and school, it's always a good thing when an app can help bring people together and make spending time together easier.

I have a feeling that once the bugs are worked out and Nintendo and Niantic can release the app internationally, "Pokemon Go" will be a hit abroad as well as in the United States, Australia, and New Zealand. Go forth and live your dream of being a master Pokemon trainer, fellow '90s kids!