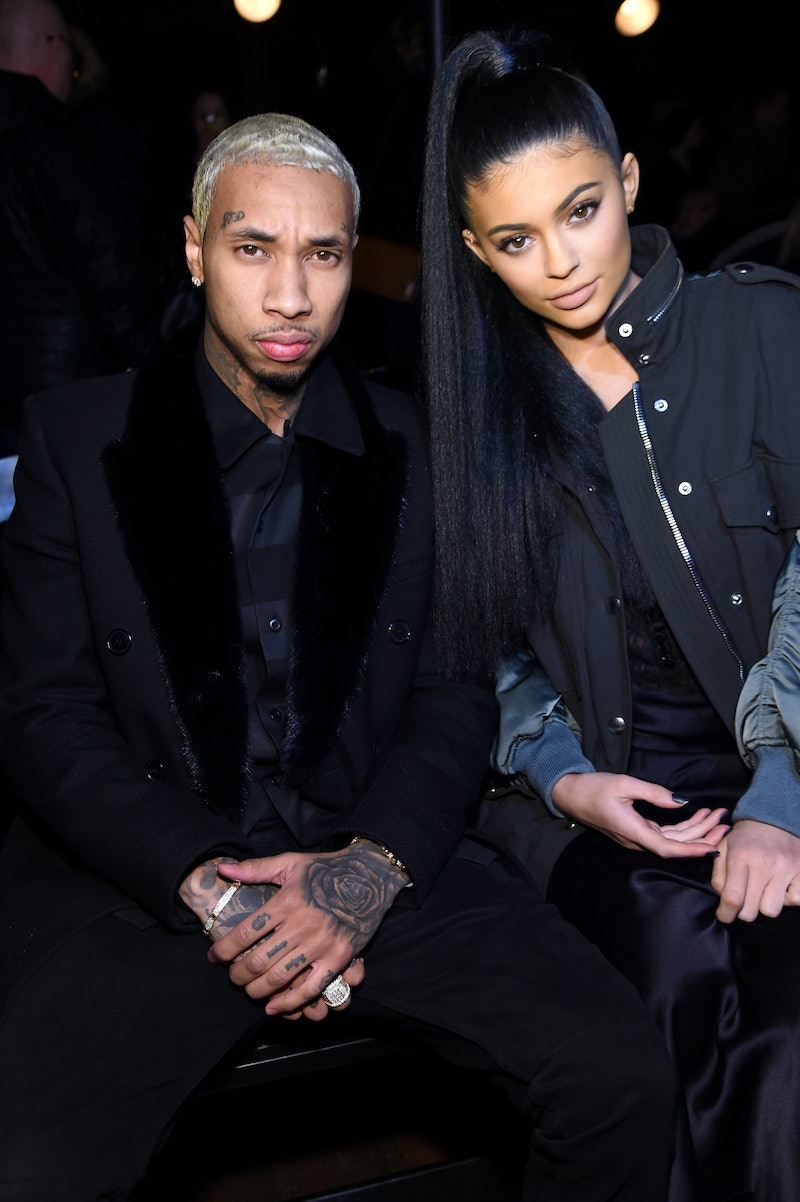 In case anyone had any lingering doubts, Kylie Jenner and Tyga are definitely back together. After a month-long hiatus (where it seemed like they were actually donezo), the pair reunited as if nothing had even happened. Continuing their love affair, Jenner and Tyga went to Six Flags Splash Mountain on Sunday — and they weren't alone. Tyga's 3-year-old son King Cairo joined in on the fun. How sweet is that? It's also a great move, considering their lives are about to be more intertwined than ever when Jenner's big brother Rob Kardashian marries King's mom Blac Chyna. This is especially true, since another baby (aka King's half-sibling and Jenner's nephew) is on the way.

Although the Kardashian-Jenner family tree is about to get quite complicated, that's not the most important thing here. What's more valuable is that the family stays close and nothing comes between them — even if there was drama in the past. For example, Kim Kardashian recently shared her excitement about Chyna and her brother's baby. So I think the more friendliness among all of them, the better. Plus, since Jenner and Tyga have been together for awhile now (even if it's been on-and-off), it'd make sense for her to spend quality time with his son. What better way to bond than spending the day at an amusement park and going on rides?

While at Six Flags, the father-son duo sported matching backwards caps as they rode on a rollercoaster together. Footage can be found on Tyga's Snapchat, but I took screenshots anyway. Although King looks excited at first, he looks scared at the end, which pretty much captures most people's reaction on a scary ride.

Here are their pre-ride faces:

And then here's the look of doom.

How precious is that? I would've loved to see more shots of Jenner and King, but then again, if they spent the whole day documenting things via Snapchat, they wouldn't actually be taking the time to enjoy themselves.

Here's hoping there are more family excursions in the future and that Jenner is along for the fun. It's just so sweet to see them all getting along.