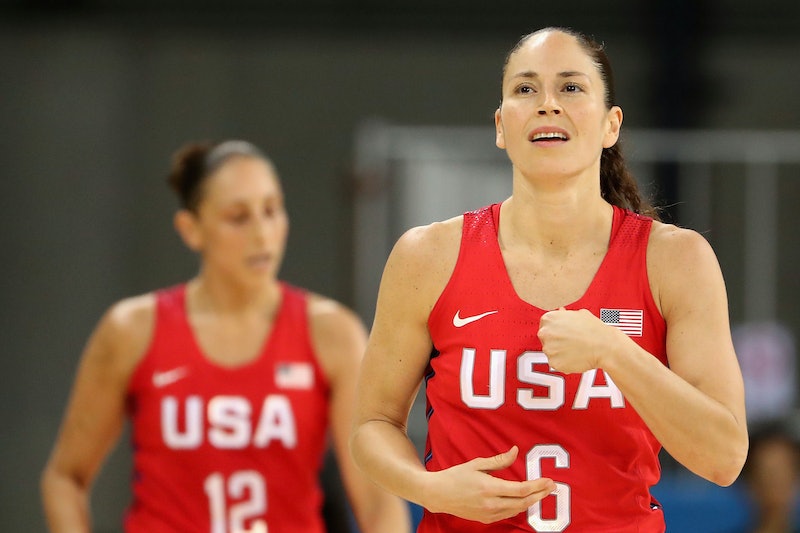 It’s a pretty common mistake to make: You hear about Sue Bird’s amazing success as a player in the WNBA and you think, “Man, that amazing athlete must be some distant relative of Larry Bird with a name and a similar career like that.” But are Sue Bird and Larry Bird related? If you’ve asked yourself this question after seeing Sue Bird win either two WNBA championships with the Seattle Storm or two gold medals with the U.S.A basketball team, you might be thinking that she is. But it turns out that pretty much all that Sue Bird shares with Larry Bird is her height, her amazing basketball skills, and her last name.

No, Sue Bird and Larry Bird are not related. But you wouldn’t be the first person to ask if they were. In an interview with WNBA.com, an interviewer asked Bird she if she got asked that question a lot. She responded with the following: “Since I've been five, people asked me if we're related. It is usually the third question in the line of questions. What's your name? Sue Bird. Oh, what do you do? I play basketball. Are you related to Larry Bird? That's how it goes. I guess it could be worse, though, since he is a legend and all."

And it definitely could be worse. She could share a last name with some legendary serial killer or something, or some horrible character from literature. Her last name could be Voldemort, which would definitely make for a far more uncomfortable comparison. But, instead, Bird has to deal with the constant assumption that, because of her height and her talent in the sport of basketball, she is somehow distantly related to Larry Bird. She’s not.

Still, as annoying as it must be, it sounds like Bird — Sue Bird, that is — has a pretty good attitude about it. Even though everyone and their uncle probably either asks her if she related to Larry Bird or assumes that she is related to the Boston Celtics great, she clearly doesn’t mind the comparison. If it means that she gets to rub shoulders with one of the most legendary players in NBA history, then so be it. And that definitely seems like the right attitude to have.