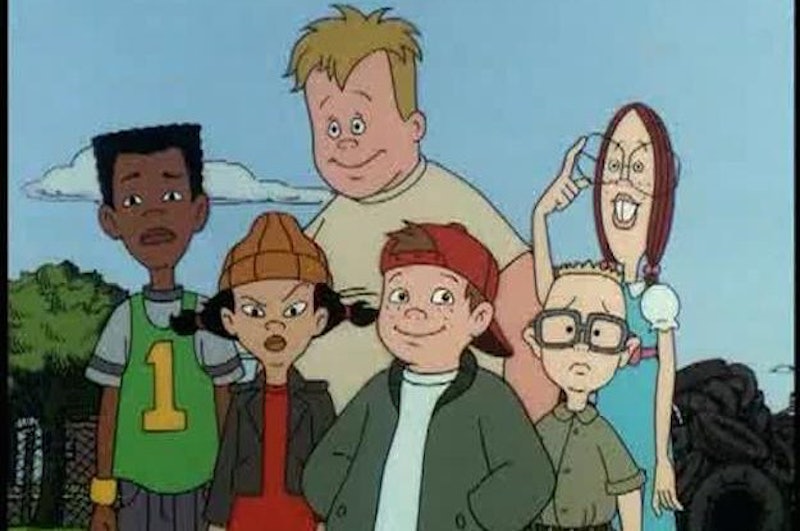 Of the many experiences those of us who grew up in the '90s shared, undoubtedly one of the most fondly remembered is recess. There are so many things that many of us genuinely miss about recess in the '90s; when you think about it, it's really amazing that running around on the pavement and screaming for about 15 minutes every day meant so much to us. But on second thought, maybe that's to be expected: After all, recess is basically a break from the order and focus of the day to let kids be kids.

When we feel nostalgic for the '90s, it's often because we crave being young and not having quite so many responsibilities. Adulthood is different for everybody, and we all handle stress and obstacles differently; still, there probably aren't many of us who wouldn't trade a day of adult life for a day of being a kid again. After all, who doesn't miss the time when your biggest concern was whether or not your parents packed your favorite snack in your lunch?

Recess basically embodies a lot of what we mean when we say we miss the '90s: We got to spend time with our friends, make silly decisions, and just enjoy being young and carefree. While everyone's experiences were likely a little different, I'm willing to bet many of us can relate to the same things we genuinely miss about recess in the '90s.

What better way was there to let go of all your frustration from second period than by getting to run through a massive group of all of your friends while they screamed at the top of their lungs?

2. Turning The Ground Into Lava For Fun

Ah, pretending the ground is lava while you hang from the monkey bars. Classic.

Trading stickers during recess was the best activity right when the school year started, because you obviously needed to make your notebook and book covers look swanky. Bonus points for scratch-and-sniff options.

4. Playing M.A.S.H With Our Friends

How else would you decide who you were going to marry and where you were going to live? Here's hoping none us actually ended up living on a deserted island with just our annoying neighbor from the third grade, though.

Whether you were actively reading or using the time to have a book swap with your friends, recess was a '90s bookworm's dream. Plus, it was the perfect opportunity to administer advice based on what fictional characters did.

6. Gossiping With Our BFFs

Gossiping can lead to some not-so-nice things being said about your peers, but gossiping can also be pretty lighthearted and harmless. Either way, gossiping with your friends is definitely something everyone did during recess. (Maybe it's why water cooler gossip at work is such a habit for many of us as adults.)

What do you need to consume right after eating a healthy lunch your parents made for you? Gushers and Fruit Roll-Ups, of course. If you managed to trade for something that didn't normally have a place in your kitchen at home, that's even better.

8. Getting Some Alone Time In The Library

If you needed a little "me time" in elementary or middle school, you basically had two options: Go to the nurse's office and pretend to be sick, or hide in the library and read in the stacks. And let's be real, when else were you going to catch up on the latest Harry Potter book?

9. Finding Notes From Your Parents In Your Cubby

If your parents dropped off your lunch, homework, or an extra jacket, you were likely to find a sweet note from them in your cubby. And if it made you cry, it was basically understood that no one could make fun of you because it would happen to everyone eventually.

10. Drawing Those "S" Shapes On All Of Your Notebooks

You know those weird designs we all drew on the covers of our notebooks and folders during elementary school? Goodness knows where they originated from, but they were everywhere. It was almost as if they had imprinted themselves on our brains.

11. Doing Your Friends' Hair In The Bathroom

Whether you were friends with mostly boys or girls, there was nothing quite like huddling together and turning someone's hair into an elaborate style during recess. If you were lucky, you could all gather in a bathroom and use the mirror to help you, but hey, if not, plenty of hair gel and some scrunchies did the trick while you were on the playground, am I right?