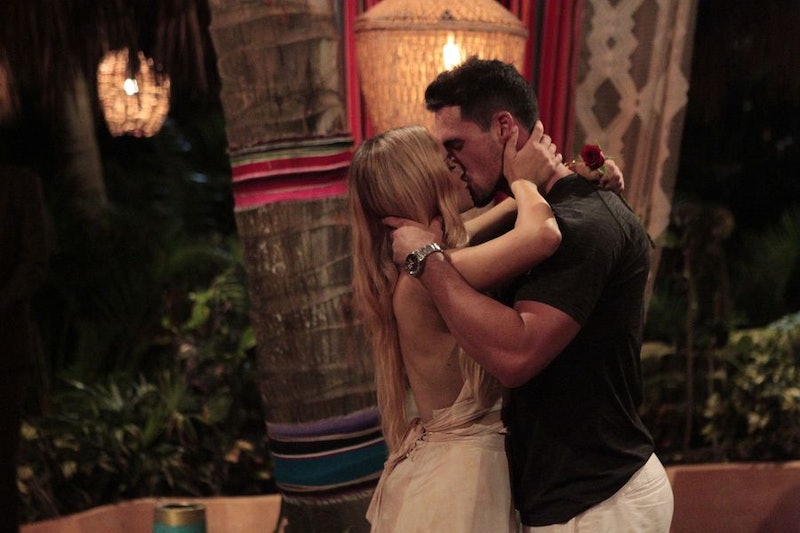 Amanda Stanton was sent home by Ben Higgins on The Bachelor after their hometown date, but her search for love has led to one of the most successful relationships on Bachelor in Paradise. Josh Murray and Amanda have been together since he showed up to Paradise, so will Amanda and Josh get married on TV after Bachelor in Paradise? Yes, beyond their constant making out, there is actually a legitimate and secure relationship. Since this pair is most certainly getting engaged during the season finale of Bachelor in Paradise on Sept. 6, there is a strong chance they could agree to a Bachelor wedding on TV.

Out of the couples on Bachelor in Paradise, Amanda and Josh seem to have the best chance of being the next Jade and Tanner, who got married for a TV special on Valentine's Day 2016. Yet, since the couple isn't officially engaged (at least to TV viewers), there is no news if they would take the plunge to do a TV wedding. And that's cool because Bachelor Nation needs to see the engagement first before we can get to a wedding.

As for what Amanda and Josh think about having a TV wedding, the pair has stayed mostly quiet on the subject. When she gave an interview to Glamour before she filmed the finale of Bachelor in Paradise, Amanda was already confident in her relationship with Josh and how they would continue to be together after Paradise no matter if they got engaged or not. When asked if she would leave the show engaged, Amanda said, "If he were to propose, I would say yes — but at the same time, I'm not in a rush. If he didn't, I wouldn't be disappointed. Regardless, 100 percent we're going to continue our relationship outside of Paradise."

Since it's pretty much a known fact that they will leave engaged and that they are living together now (with Amanda's two children from a previous marriage), there's a significant chance that her stance on when she wants to get married to Josh may have changed. And there is no way that ABC isn't going to try to get these two lovebirds on a wedding TV special. Glamour noted that Chris Harrison had said that Josh and Amanda are like the cake toppers of a wedding cake (uh, totally accurate per usual, Chris) and Amanda admitted, "We've talked about getting married, and he wants a bunch of kids. He wants like three more kids [aside from mine]. He wants a basketball team. So, yeah, it's something that we both want." Josh and Amanda talked about kids during the Sept. 5 episode of Bachelor in Paradise and he definitely seemed sure that he wants a family with Amanda.

When Glamour directly stated that Amanda and Josh could have a double wedding with Ben and Lauren B., Amanda said with a laugh, "Yeah, or at least a double date!" While you would think that could be awkward considering Amanda's past with Ben, Lauren and Amanda are friends, so a double, televised wedding could truly be a thing of Bachelor beauty.

However, Ben and Lauren haven't even officially said if they will have a televised wedding, but they will be on TV again soon with their new Freeform show Ben and Lauren: Happily Ever After . The show will document their relationship leading up to their marriage, so a TV wedding seems pretty inevitable for Lauren and Ben. Plus, when Bachelor creator Mike Fleiss was teasing Season 3 of Bachelor in Paradise on Twitter, he even mentioned that the franchise wants a double wedding, so just saying — a Ben/Lauren and a Amanda/Josh wedding would be pretty good.

Regardless if Josh and Amanda decide to go the Jade and Tanner route of getting engaged on Bachelor in Paradise and then having a TV wedding, there is no doubt that this couple is ready to start their life together post-Paradise. As Amanda told Glamour, "Yeah, I think this is it, for me. He's the most perfect guy for me I could have ever imagined." Sounds like she's ready to marry Josh — televised or not.