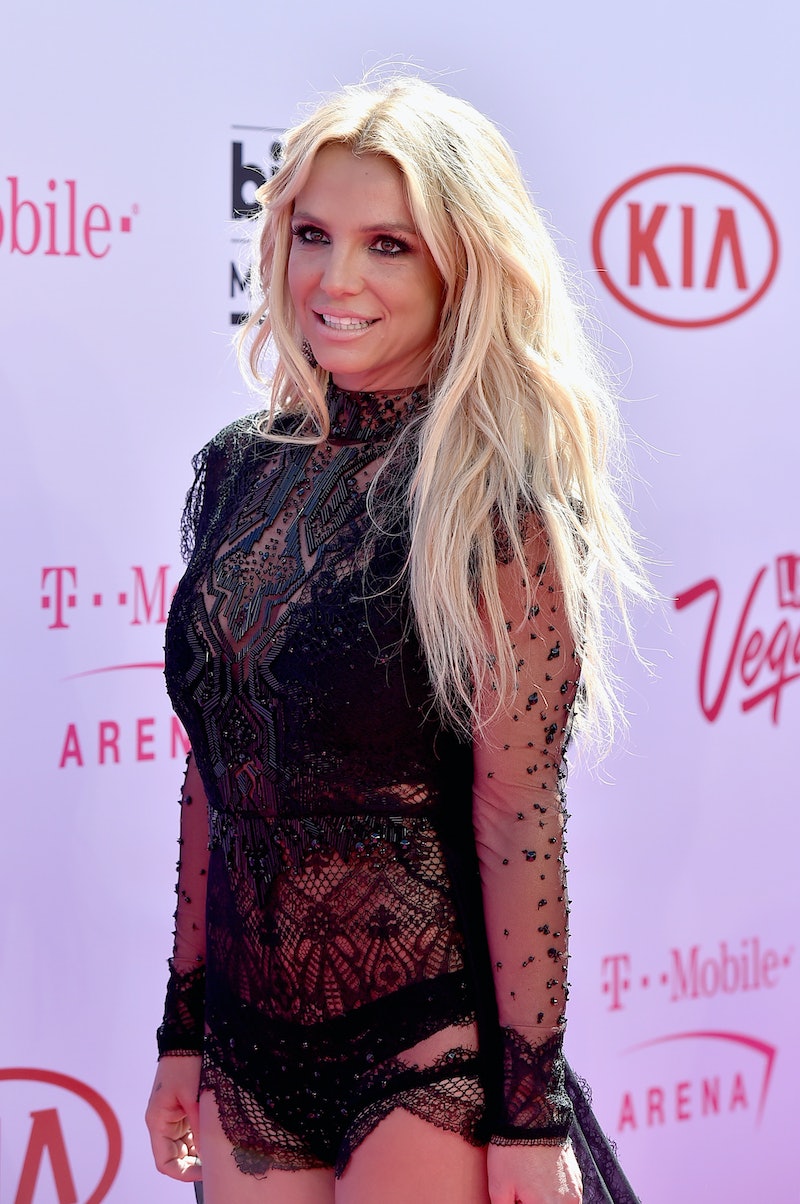 It's been four months since Britney Spears's mobile game Britney Spears: American Dream rolled into the App Store on a Toxic Airlines bar cart, and I am as dedicated to my avatar Lucy Wagner's pop career as ever. (Translation: I'm still playing.) And this week, my commitment paid off in a big way: On Tuesday, a new Britney Spears music video appeared on her mobile game. Er, I should say it's a new-ish music video. A remix of a video that we all know and love. A remix and a gift.

On Wednesday morning, I did the thing I do every morning: I fired up Britney Spears: American Dream while I waited for my coffee to cool down. (Nothing quite like checking pigeons and lamp posts for energy bolts to start the day off on the right foot, eh? Who needs multivitamins?) When the game loaded, I was greeted by a message about a new Britney Spears music video. I repeat: the game surprised me with a new Britney Spears music video. “ONLY AVAILABLE HERE!” the popup read. “Exclusive, special version of Britney’s new music video, Make Me!”

The popup gave me the option to close the window entirely, but I knew that wasn’t a real choice. There was only one actual move to make in this scenario: click the “Watch Now!” button in the lower righthand corner of my phone’s screen. And click the "Watch Now!" button is exactly what I did.

As I waited for the video to load, I wondered what this “special version” could be. What if it’s a shot-for-shot remake of the Randee St. Nicholas video, but with characters from the Britney Spears: American Dream game? Or what if it is the lost David LaChapelle version? Or what if she and Kim Kardashian recorded an entire music video on Snapchat?

Spearsonite! I was way off.

The answer: d) None of the above. The “special version” is an alternate cut of the St. Nicholas video that dropped on Aug. 5. In this iteration, there are a few G-Eazy scenes, but it's mostly Spears dancing in that tunnel made out of Sims wallpaper and lens flares; the “Britney-and-her-backup-dancers-audition-hot-dudes” plot line is no where to be found.

As much as I miss Asaf Goren and Co., I am never mad at an all-Danceney music video.