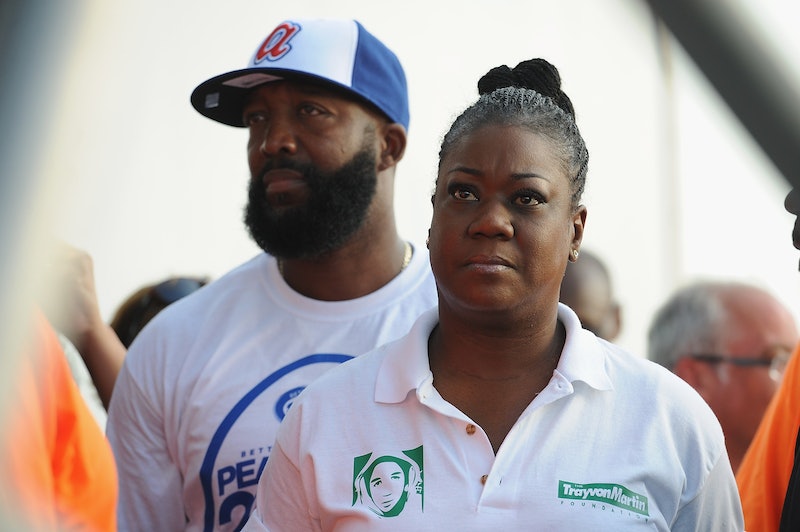 Just under five years since their son's tragic death, Trayvon Martin's parents' memoir of his life, Rest in Power: The Enduring Life of Trayvon Martin, is slated for release in January 2017. The book will appear on store shelves just a few days before what would have been Trayvon's 22nd birthday, and mere weeks before the fifth anniversary of his death at the hands of George Zimmerman.

The story of Trayvon Martin's death has become well-known over the years. Walking through his father's affluent neighborhood after a trip to the store, 17-year-old Trayvon was targeted by neighborhood watchman George Zimmerman for his appearance: a black teenager wearing a hoodie. Zimmerman defied a 911 operator's suggestion not to follow Trayvon, and later killed the unarmed teen with a close-range gunshot.

The state of Florida initially declined to prosecute Zimmerman, but acquiesced after public outcry, which, incidentally, led to the birth of the #BlackLivesMatter hashtag. Zimmerman was acquitted of both second degree murder and manslaughter, with his defense counsel claiming he acted in self-defense and within the confines of Florida's "Stand Your Ground" law. As The Hollywood Reporter notes, Zimmerman's "acquittal sparked national protests and led to the creation of the Black Lives Matter movement."

Chris Jackson acquired Trayvon Martin's parents' memoir for his Random House imprint, One World. Jackson will revive the 25-year-old, multicultural imprint in 2017, with new offerings from Ta-Nehisi Coates, Eric Holder, and Trevor Noah. Jackson was also part of Prince's memoir deal, but our chances of seeing that book on store shelves appear slim.

Jackson says Sybrina Fulton and Tracy Martin's memoir of their son's life is "amazing." He tells The Hollywood Reporter that "[e]veryone who's been reading the manuscript is in tears by the second chapter. It's not just about the mournful story about losing a child, but it's also how that moment ignited this global movement."

Rest in Power: The Enduring Life of Trayvon Martin is slated for release on Jan. 31, 2017 from One World. It is available for pre-order from your favorite retailer today.