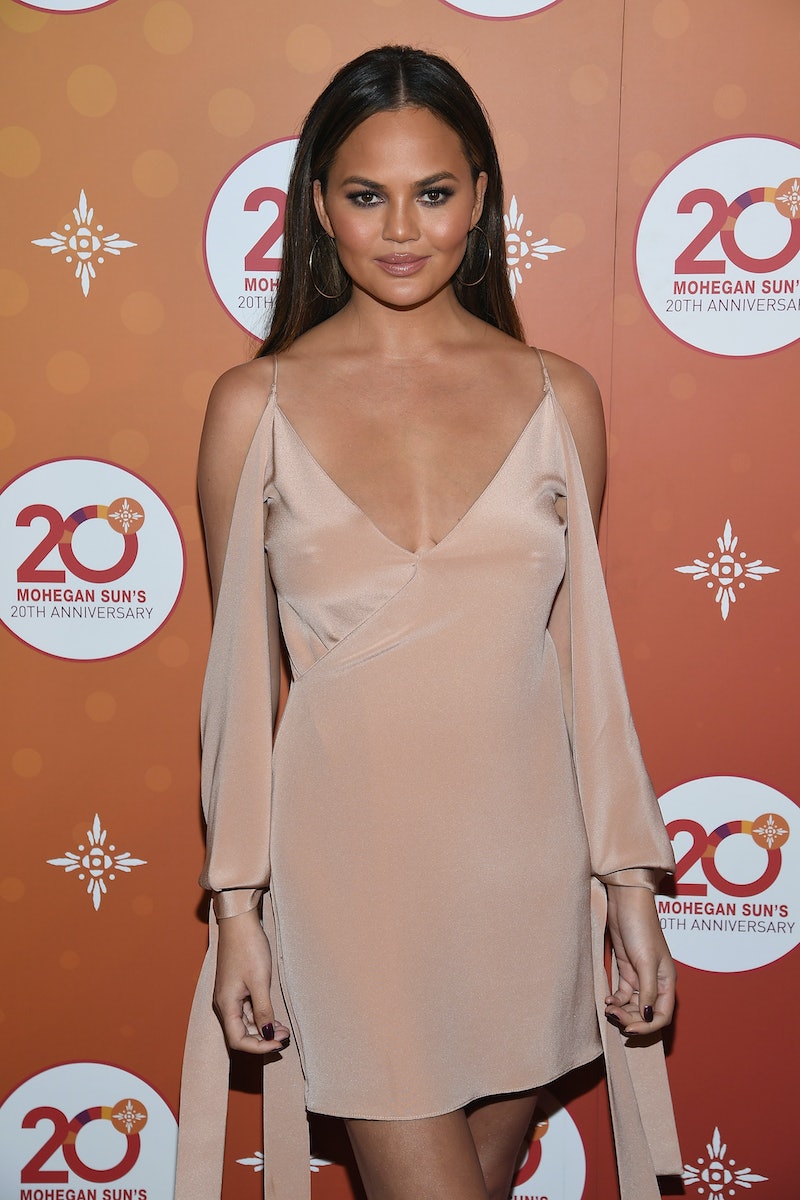 After Kim Kardashian was robbed at gunpoint in Paris two weeks ago, plenty of people have weighed in on the situation. For the most part, the reactions have been disappointing — whether making jokes or victim-blaming. But luckily, there are family members, friends, and fellow celebrities on Kim K's side. When the news first broke, Chrissy Teigen tweeted her support. So it shouldn't be all that surprising that Teigen stood up for Kardashian yet again on Saturday night, proving she always has the reality star's back. During the Mohegan Sun's 20th Anniversary Celebration, the 30-year-old said,

"To actually hear the whole story was really scary, because it could happen to anybody... Hearing all the details, knowing that she has these babies at home. She’s so sweet and open and honest, and you just don’t think that something like that could happen to you. We live our lives like an open book and we’re happy to share everything."

She also explained her immediate worry after seeing the footage of Kanye West run offstage during The Meadows music festival. The Sports Illustrated Swimsuit model said, "I was definitely really scared… You just knew that something happened." Instead of being quick to blame Kardashian, as others have disappointingly done, she sympathized. Her comments also serve as a reminder that this could happen to anyone and that doesn't mean that Kardashian did anything wrong.

In the past, Teigen and Kardashian have made their friendship known by bonding over a love of churros. But in this case, Teigen showed they have way more in common. They both open up about their lives for the sake of their fans, not expecting anyone to commit such a horrific crime. Earlier this month, Teigen made her Twitter private to block out the negativity consuming her feed. I would have to guess that this Kim K situation may have factored into that decision too.

At the Mohegan Sun event, Teigen said of Kardashian,

She also added that it's "definitely weird" to think about how someone could "take advantage of that and use it against you." But Teigen is right — the most important thing is that Kardashian is OK. Following the incident, her rep told Bustle, "She is badly shaken but physically unharmed." As a refresher, Kardashian was robbed at gunpoint in her Paris hotel room by two men posing as police officers, who reportedly stole millions of dollars worth of jewelry. The investigation reportedly remains ongoing.

Despite offensive jokes — and even Halloween costumes — popping up, it's commentary like Teigen's that outweighs the negativity. Being open and honest with their fans is a great trait these two share and it's a shame that anyone would take advantage of that.