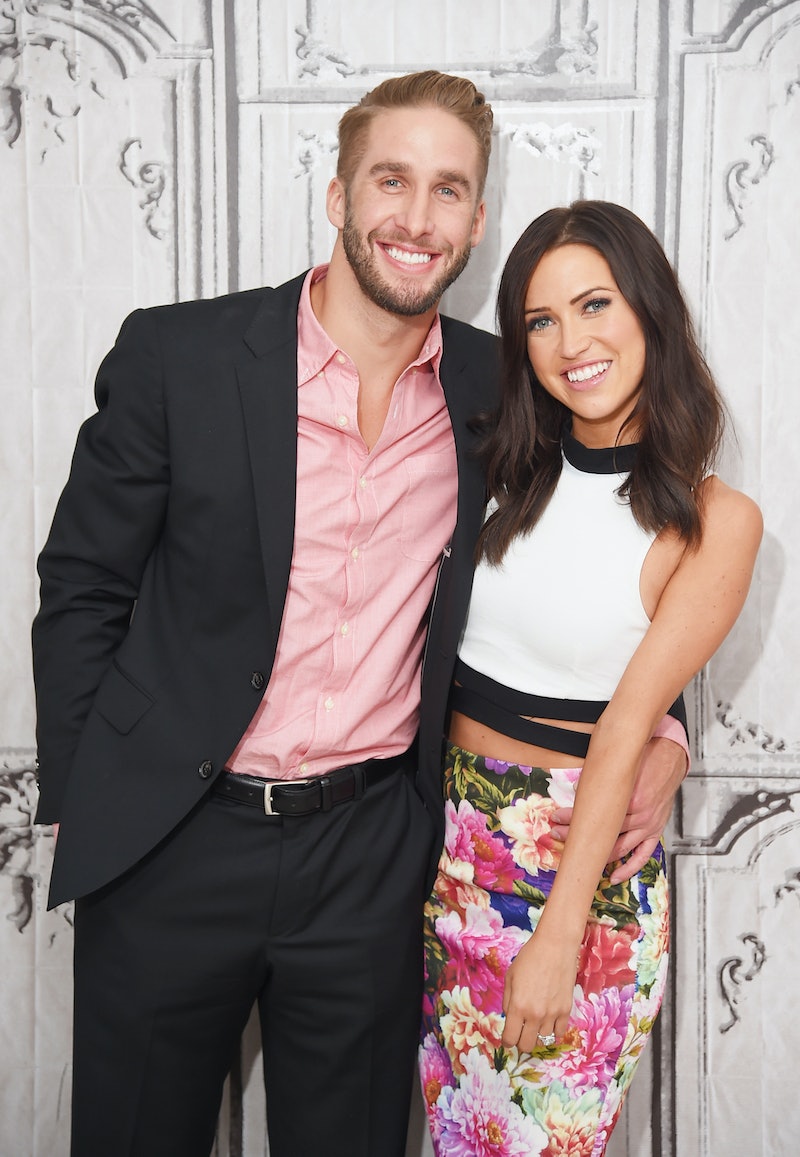 The "typical" couple that has come out of The Bachelor or The Bachelorette got engaged during the finale episode and ended up breaking up after a few months together. However, there have been a few couples in the Bachelor franchise that have broken the mold of what fans have come to expect from these shows. We may even be in a new era of Bachelor couples that go outside of the old standards and are able to make it work. Based on the most recent couples, it sure seems like it.

Unlike some of the other duos in the franchise, the pairs below have overcome social media scandals, seeming more like friends at first, and the pressure to get married immediately after the final rose is given out. These Bachelor couples are living on their own terms and killing it as the embodiment of #RelationshipGoals.

Kaitlyn and Shawn break the mold because they are not letting themselves be confined to the usually quick timeline of Bachelor relationships. Yes, they did get engaged during the finale of Kaitlyn's Bachelorette season, but they did not rush into a TV wedding or end up splitting a couple months later. A whole cycle of Bachelor shows has aired since they got together and they are still not married, but are happily engaged. They are taking the time to be a couple without TV cameras and that's very refreshing. There's really no need to rush and get married immediately just to be in a televised wedding. Props to them.

At the beginning of their time on Bachelor in Paradise, Carly definitely saw Evan as more of a friend. She really wanted nothing to do with him romantically and made fun of him constantly. Then he faked an injury to spend extra time with her and she realized how much she cared about him and he slowly made his way out of the friend zone. As strange as that sounds, the two of them ended up being the most endearing couple of that season (if not of the whole franchise). Their unconventional love story made them way more entertaining to watch than the reality TV duos who were all lovey dovey from the start. These two are definitely the real deal and they want Nick Viall to marry them, which would also very much break the mold.

I was really feeling for my girl JoJo after Ben Higgins declared his love for her and chose Lauren Bushnell during his Bachelor finale. I really wanted her to find love when she signed on to be the Bachelorette. Right away she had a connection with Jordan and pretty much immediately the social media haters really came out against Jordan for his past relationship, his relationship with his brother Aaron Rodgers, and with claims that he was using the show to become famous. On top of that, JoJo and Jordan couldn't even defend their relationship while the show aired because they had to keep the ending a secret. Not only are these two still together, but they are Snapchat darlings who refuse to let the rumors get to them all while outdoing us all with their cuteness.

The Fantasy Suite dates are a pretty infamous part of the Bachelor franchise. It is strongly implied that the contestants end up having sex during the non-televised part of that date. Sometimes this is admitted by contestants and other times we just have to guess what really happened based on our knowledge as viewers. The one time we knew for sure that there was no sexual activity going on in the fantasy suite was when Sean Lowe was the Bachelor because he was very adamant about not having sex before marriage. Good for them doing things differently and sticking to their convictions with this one all while feeling comfortable being so open and honest about it all.

It might be a little surprising that I put Ben and Lauren on this list since it seems like their romance is pretty perfect in terms of Bachelor expectations. But these two are capitalizing on their reality TV romance beyond the sponsored Instagram posts and wedding special that everyone else does. They are the first couple in the franchise to have their own spinoff series. They really are making the most out of their love together and I really don't blame them.

Yes, the shows in the Bachelor franchise can be very formulaic, but these couples are really breaking the mold and making romance work on their own terms, and as a fan it is really sweet to see.