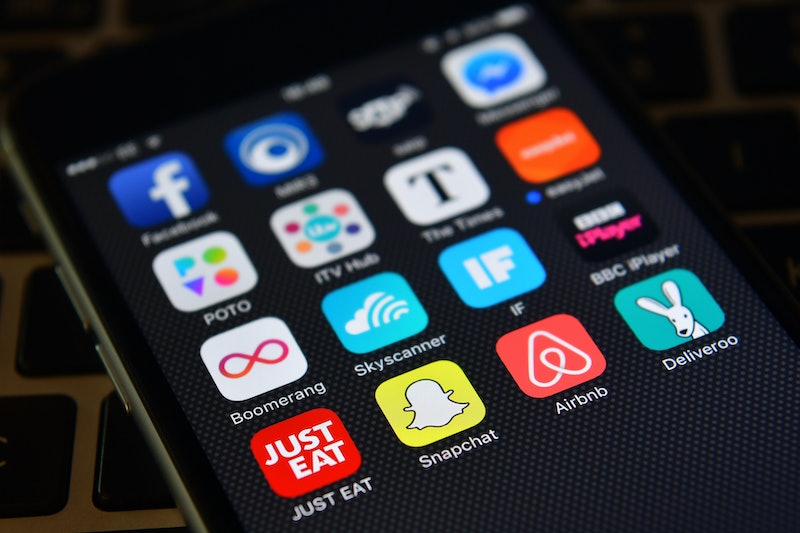 We all know that new apps like Slingshot, Yo, Loveflutter, and Tinder have been getting a lot of press lately because of the way they're trying to change communication, relationships, and dating. However, some of the connections forged by these apps can lead to, uh, unexpected outcomes. Like STDs. But you needn't fear, because there's a technological solution for that too: First Derm app lets you get your junk checked out by a doctor, for $40 a pop.

Users can send pictures — one closeup, one shot of the entire area — to a dermatologist, who will diagnose them within 24 hours. It's a pretty convenient way to find out whether you've got cause to worry, since you don't have to go into a doctor's office and play the waiting game for hours (or even days, depending on how soon a given doctor gets your test results back to you). First Derm's website says that 70 percent of cases can be treated with over-the-counter medications, so chances are that users won't have to pay for a single trip to a doctor. But in case they do recommend a visit to a professional, the app will also find nearby dermatologists.

First Derm has responded to 4,798 cases so far, which means they must be doing something right. They also include names and pictures of the six doctors on call, lessening the potential shadiness of such an app. And, although the app can detect more than STDs, 70 percent of their business is in below-the-waist ailments.

The success of First Derm mirrors the rise of other medical apps, which can perform a wild variety of tasks: help patients with psoriasis, monitor cancer patients, and provide medical reference information, just to name a few. It also capitalizes on the anonymity of apps like Whisper and Secret, which allow people to say whatever they want with little fear of retribution. This is something of a trend reversal, since many popular apps and social media sites are all about individuality and reputation (such as Facebook, Twitter, Instagram, et cetera). It makes me wonder if there will be a wave of medical diagnosis apps hitting the market, and whether an app can truly substitute for a doctor.

In the meantime, I do fully support any service that helps people know their STD status, because that is good common sense, dear readers.