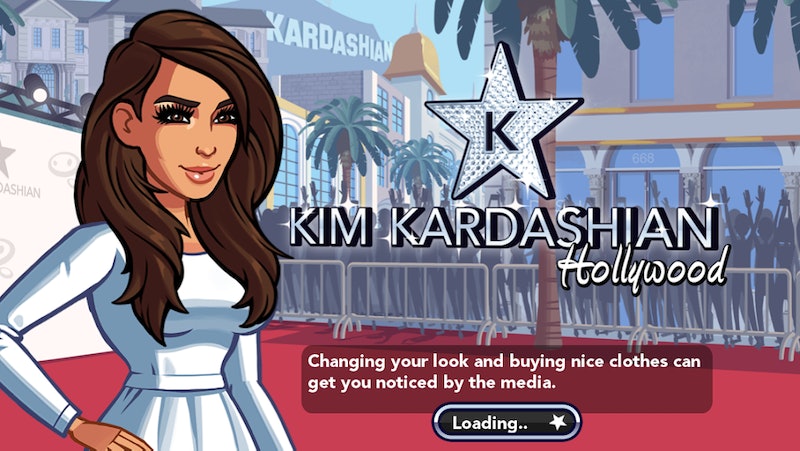 No matter how great your sense of direction is in real life, Kim Kardashian: Hollywood will make you feel geographically inept. As your avatar ascends the treacherous ladder to fame, poised to be sabotaged by Willow Pape at every turn, keeping track of the locations for your various photo shoots, appearances, and networking events is just another variable to complicate your climb. Most of the task locations are in different parts of LA, and some are in different cities. However, they all basically look the same, and it's a real pain in the butt to keep them straight. Obviously, there should be a map for the Kim Kardashian game. I mean, as a D-list celebrity, who has the bus fare for getting lost all the time?

That friends, is where I come in. I've compiled a friendly guide for what is where in the Kim Kardashian game. Never again will you have to waste ten valuable imaginary dollars mistaking Metropolitan Magazine's Studio for being in Hollywood. You can proceed en route with confidence each time your manager calls to alert you of an appearance at Panino. With all this money saved, your avatar will be flush with cash and finally able to purchase that luxury apartment that you totally don't need.

Nothing but this super nice lady...

Now that you have the full guide, sally forth and do what really matters in life: get famous!