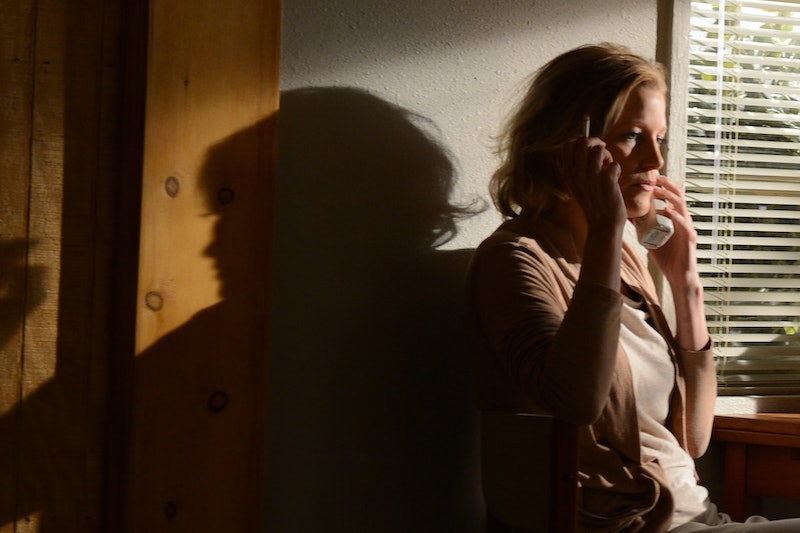 If you've been feeling like there's a lack of a strong, fiery she-beast of a woman in your life that knows how to lay down the law and take charge, then it's probably because Breaking Bad 's Skyler White is no more. When we were unkindly forced to say goodbye to Walter White's intensely morally-ambiguous world, we also had to say goodbye to Skyler, but that doesn't mean Anna Gunn is going anywhere. From the way she poured her wine to the way she protected her family, Gunn was able to use every ounce of badass she had in her to make us either love her or hate her. And thanks to all of the haters, it just makes the remaining love that much stronger. (As Taylor Swift would say, "Cause the players gonna play, play, play, play, play/And the haters gonna hate, hate, hate, hate, hate.")

Although Skyler has (hopefully) moved on to a better place in her life sans her meth lord of a husband, Gunn is definitely doing more than okay post-Breaking Bad. Proving with her 2013 Emmy win for Outstanding Supporting Actress in a Drama that she can basically do anything she wants to, Gunn took no time at all after the finale of Breaking Bad to jump on a handful of other roles, both on and off the screen. Check out where you can catch Gunn being the fierce woman you've come to know and love:

As Detective Ellie Miller in Gracepoint

The upcoming murder-mystery miniseries is about a small beach town who's citizens works with each other and against each other while two detectives — Anna Gunn and David Tennant — attempt to solve an unexpected murder. (Side Note: this is an adaptation of BBC's Broadchurch, and it's absolutely riveting. You should most definitely set a repeat recording on your DVR for this show when it premieres in October. I'm not joking. You should really do that.)

On stage as Olivia in Sex With Strangers

Because Gunn is obviously way more than just a master of TV, she took to the stage to show us that she can do it all. In Laura Eason's two-person play directed by David Schwimmer (yup), she portrays a novelist who begins a heated affair with a writer who's 10 years younger than she is. Hot.

As Dr. Sheila Hamilton in The Mindy Project

If you're able to catch a repeat of the comedy's Season 2 episode aptly titled "Girl Crush," then you'll get to experience the ultimate girl crush that is Gunn. In the episode, she plays an OB/GYN who caters to the stars and who, most importantly, wants to recruit Mindy to her ranks.

While we all watch repeats of Gunn's best Breaking Bad scenes and anxiously wait for her sure-to-be-amazing performance in Gracepoint, let's all pray to the meth lords that the actress will be able to bring home her second golden statue at the 2014 Primetime Emmy Awards. You can do it, Skyler!