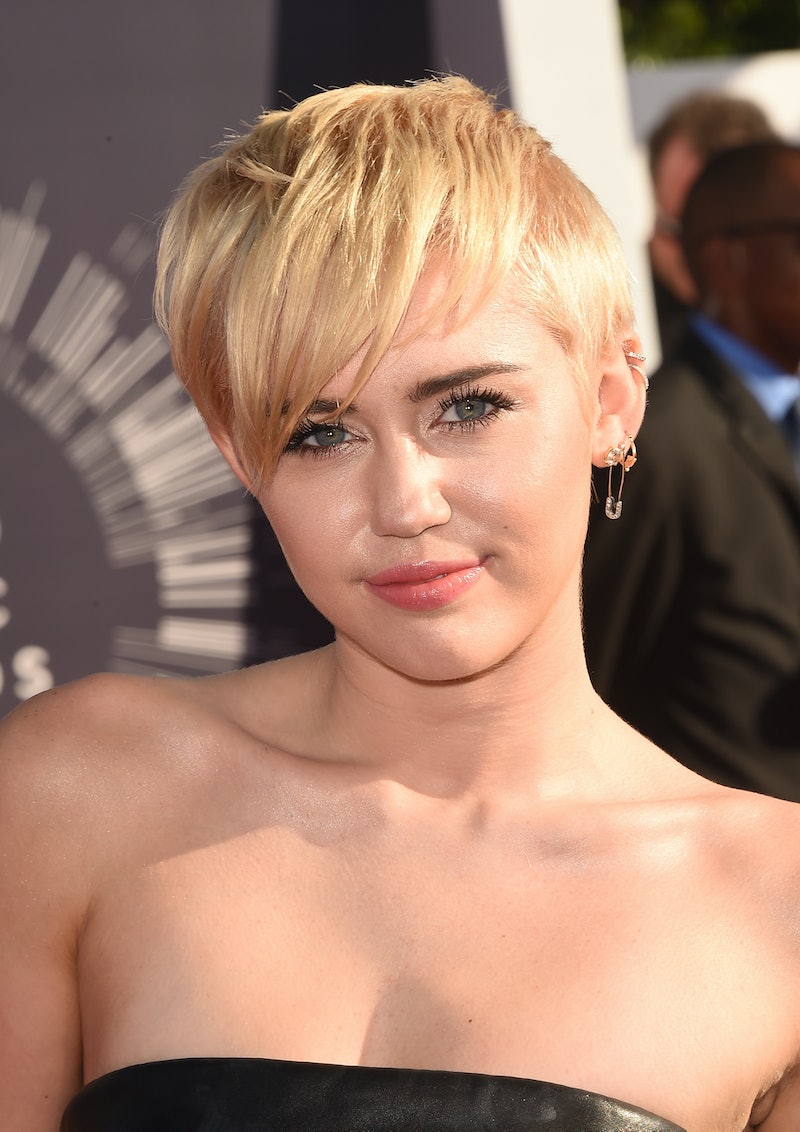 Back in June, Miley Cyrus' home was robbed. During this burglary, two teens took a bunch of Cyrus' material possessions, including her Maserati. According to reports, these teens — a guy and girl, described as a "good looking 'Bonnie and Clyde' couple" — even had a stolen gun with them. Now it's months later and according to TMZ, Miley Cyrus' burglars have been sentenced. TMZ has also gotten ahold of legal docs regarding this incident, and it turns out that the teens credit the Bling Ring group for inspiring the burglary. Is this surprising? Maybe not, since the incidents are similar. But it is a sign this trend of stealing from celebs needs to stop — and the glamorization of these crimes in The Bling Ring movie definitely didn't help the situation. Just because it happened in a Hollywood film doesn't make it a "cool" thing to do.

Invasions of celebrity privacy are all over the news lately. The biggest example is definitely the seemingly never-ending nude photo leaks. Another major invasion of privacy? Making celebrities feel unsafe in their own homes by A.) breaking in without permission, and B.) stealing their personal possessions. In fact, this wasn't even the first time Cyrus was robbed. Back in November 2013, over $100,000 in jewelry, purses, and more was taken from Cyrus's home. She isn't the only one — numerous celebrities have experienced break-ins, or attempted break-ins, at their private homes.

Is the Bling Ring really responsible for these robberies, or is it just a flimsy excuse? Well, Sofia Coppola's movie came out in June 2013 and the first Miley Cyrus robbery did happen only a few months later... Plus, the actual Bling Ring group that the movie is based on — the ones who robbed Lindsay Lohan, Paris Hilton, and more — made headlines in 2009. So basically, it could make sense that those incidents in the spotlight sparked this movement. Maybe the idea of infamy is appealing? After all, the teens who recently robbed Cyrus did admit they were inspired by it.

Adding further evidence, there are even more examples of celeb robberies happening since that time period. Back in August, TMZ reported various burglaries at the Kardashian sisters' homes — including $50K stolen from Kourtney's house and $250K of jewelry from Khloe's home. In October 2013, Rihanna experienced a series of break-ins. Then earlier this summer, Selena Gomez suspected burglars broke into her home too. Sounds like a trend to me.

Whether or not the movie is responsible for this surge in celeb break-ins, one thing is for sure: Everybody should stop stealing things from celebrities — be it their material possessions or private photos. Here's an even better idea: instead of emulating Emma Watson's Bling Ring character, can we just all follow her latest U.N. speech instead? The world would be a much better place.