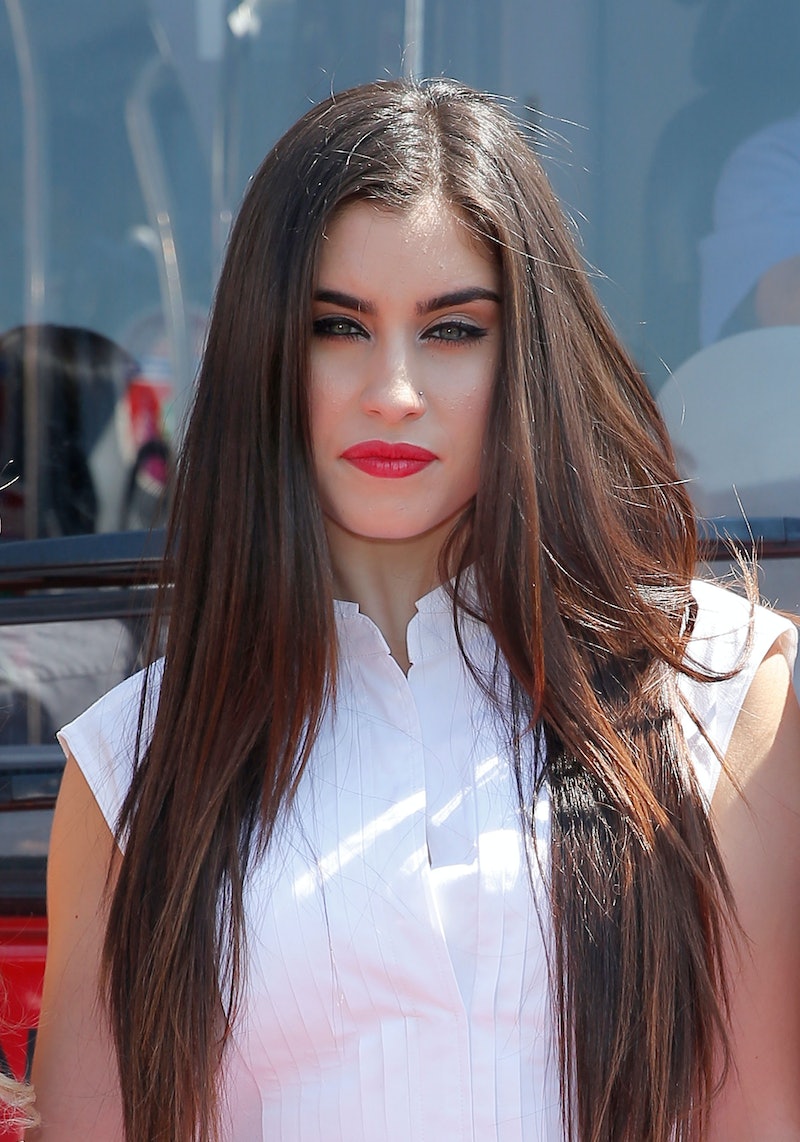 It's hard keepin' up with the romantic drama of all the youngin's these days. Is Jelena on or off? Did Ariana Grande and Big Sean make it official yet? And WHO was that girl spotted with Harry Styles' man bun the other night?! It never ends, especially now that the pop music world has a few new love lives to keep track of thanks to girl group and "Bo$$" superstars Fifth Harmony. While most of them haven't made any big waves with their relationship statuses so far, Lauren Jauregui caused quite the stir in the Fifth Harmony fandom earlier this summer. So what's up now? Is Lauren Jauregui single? Let's go back to the beginning and figure this one out.

When Jauregui first started out with her bandmates on X Factor, she was linked to one of her fellow 2012 finalists Keaton Stromberg, a member of boy band Emblem3. Shacked up in a house together during the competition, their love blossomed like a beautiful, precious, made-for-reality-TV flower, but unfortunately it turned out to be just that, and once the show ended, their "relationship" sputtered out. Sigh.

The Fifth Harmony diva clearly didn't let that phase her though, because she was soon dating a guy named Luis Felipe Santos. The pair seemed super cute — well, until Twitter exploded with pictures of him allegedly cheating on her. Yikes

Everyone picked apart the photo above, including fellow Fifth Harmony member Dinah Jane Hansen, who had some choice words (and LOL-worthy emojis) for Santos.

Fans also tweeted the pictures at Jauregui's mom, who quickly responded to the social media insanity on behalf of her daughter.

Welp! Shut down. Now the world needs to know — has Jauregui moved on from Santos? All signs point to yes, so can there be a glorious Fifth Harmony/5 Seconds of Summer crossover pretty please? Personally, I think she and Calum Hood would make a kinda, maybe, possibly PERFECT couple. They could easily be the next Selena Gomez and Justin Bieber, with less DUIs and threats of deportation.

Plus his goofy sense of humor...

...equals MATCH MADE IN HEAVEN! Let's do this.