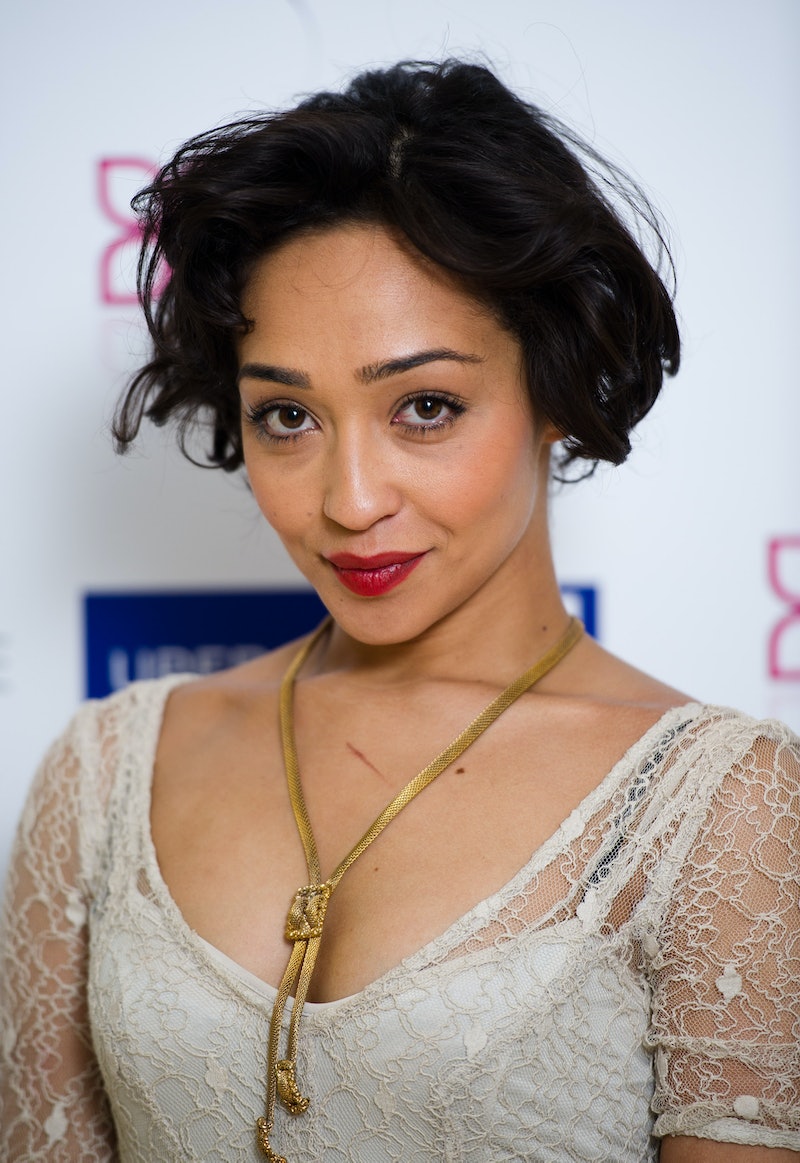 Of all the fleeting antagonists on Marvel's Agents of S.H.I.E.L.D., Raina has to be the most interesting. You may know her better as "The Girl in the Flower Dress." We've seen so many floral dresses and still don't know her deal. It's such an odd character detail for science fiction and/or action. However, Irish actress Ruth Negga is no stranger to the genre, having appeared in both World War Z and the E4 series Misfits. What I like about Raina is that she always seems one step ahead. We've only seen her stumble once, when Agent Garrett revealed to her that he's not actually clairvoyant. She's interested in both biology and superpowers, especially when it comes to the limitations of human ability and our fate. She's looking for answers about herself.

Raina had her hands in the Centipede Group, which toyed with the Extremis technology from Iron Man 3. She also wasn't afraid to mess with Hydra in order to get the information she wants. At the end of last season, Raina approached a man being held somewhere and addressed him as Skye's father, who was until then presumed to be dead. This season, that man will be played by Kyle McLachlan and is known simply as "The Doctor." What is her connection to Skye's family, besides the fact that they both have single, atmospheric names? More importantly, does Raina's mission suggest the Inhumans are coming?

Bustle's Samantha Rullo has already proposed that Skye is an Inhuman, a genetically enhanced human being created by Kree aliens and further enhanced using what is called "Terrigen Mist." The Mist gives, or reveals, superpowers. I wonder if the GH-325 drug is the Marvel Cinematic Universe's version of Terrigen Mist, or a type of synthesized Mist like True Blood on True Blood. Here's how I think Raina figures in. Maybe, if Raina isn't an Inhuman herself, she wants to make them. Perhaps she is Kree, or working with the Kree. Perhaps Skye's "Doctor" father was also involved in this. Raina's obsession with evolution fits this theory perfectly. If Raina gets her hands on Terrigen Mist, what will she become? We do know Raina will return this season, as evidenced by this preview clip.

In the clip, Raina reactivates an old Hydra frequency to give Director Coulson a call. However, she seems to be working independently from any organization. Raina does not want the mysterious and deadly obelisk to fall into the wrong hands, and also claims that Carl Creel stole something from her. I believe, based on her syntax, that this object is not the obelisk that's been locked away since the 1940s. What else does Creel have? Raina also starts talking about fate and "what we become" again. She reminds Coulson of his connection with Agent Garrett, formerly known as The Clairvoyant. She adds, innocently as always, "you read my mind, Agent Coulson." Suspicious.

Look carefully at the obelisk the moment Isabelle Hartley (Lucy Lawless) touches it in the season premiere. For a flash, the 0-8-4 reveals the same code that Coulson asked Skye to analyze.

Spooky. It reminds me of the One Ring, or Harry Potter's snitch in Deathly Hallows. Anyway. Focus on one nerdy thing at a time. What does this have to do with Raina? If the obelisk is connected to the Kree somehow (also, it's totally an infinity stone, right?), and Kree blood made the GH-325 that caused both Coulson and Garrett to doodle those symbols — and Skye is not showing any symptoms and is connected to Raina somehow — it all fits! I feel like I'm making a daisy chain. Raina would approve.

I also just like Ruth Negga as an actress. She elevates every scene that she's in on Agents of S.H.I.E.L.D., which helped get me through the uneven first season. Frankly, I think Raina should ditch television, head to New York, and visit Dr. Bruce Banner at Stark Tower in the movie-verse. He may not be an alien, but I think they could learn a lot from each other. What do I know? Maybe that's too mainstream for our Flowers. Final fun fact: Ruth Negga's sometimes rumored boyfriend Dominic Cooper played Howard Stark in Captain America and should hopefully be making appearances on Agent Carter. It really is all connected!