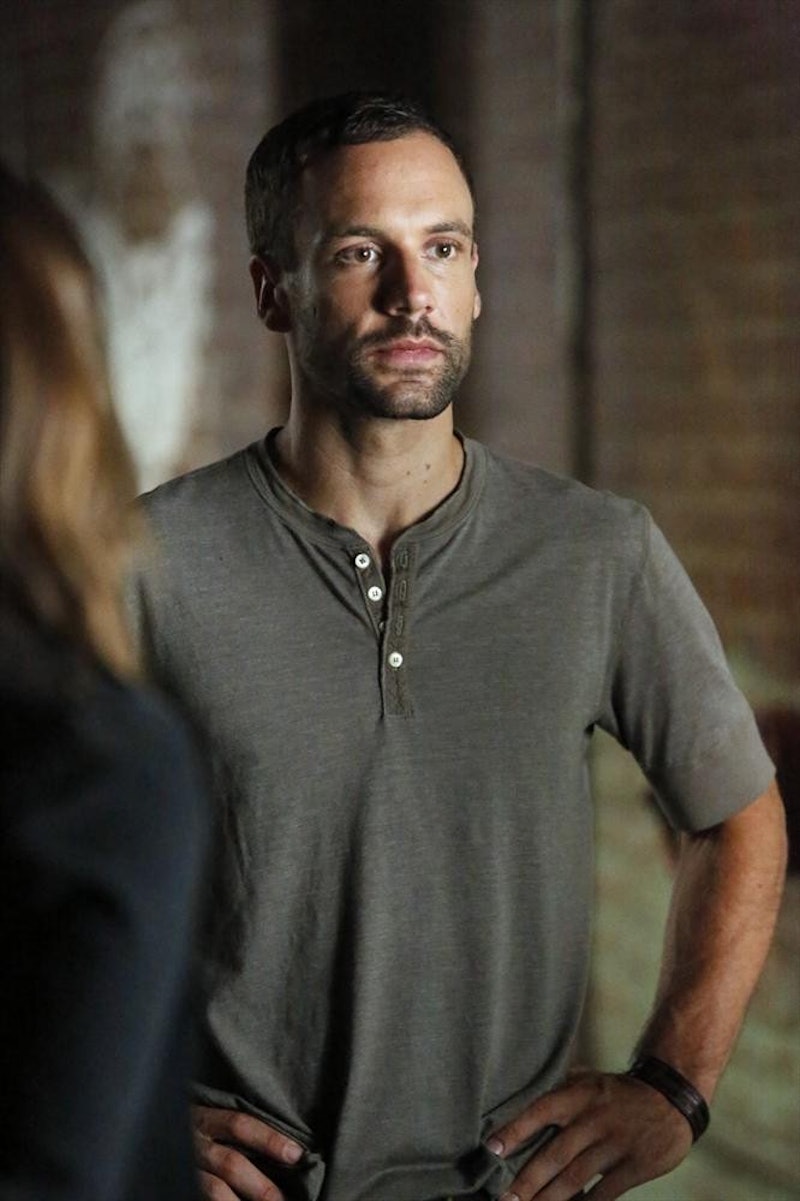 ABC's small screen Avengers tie-in Marvel's Agents Of S.H.I.E.L.D. got decidedly darker in Season 2, with the agency having collapsed due to the machinations of the evil organization Hydra, one of its agents turned traitor, one brain-damaged, and the rest just trying to pick up the pieces. The show is undoubtedly stronger and more cohesive in its second year than it was before the Marvel Cinematic Universe-altering events of Captain America: The Winter Soldier, but thankfully it's not all doom and gloom all the time. The show may be dealing with bigger threats and darker themes, but there's one person working overtime to maintain the fast-paced, light-hearted tone of the show — new addition to the team, Lance Hunter (played by Nick Blood).

The sarcastic Brit has managed to keep things fun inside the dreary S.H.I.E.L.D. base (ironically named The Playground). His quick wit and sharp tongue often provide a much-needed comic relief, although Hunter is no mere joke-spouting sidekick. He's also a deadly mercenary who's proven himself to be a valuable asset, taking down Carl Creel (a.k.a. The Absorbing Man), executing covert missions, and helping an addled Fitz save The Bus from self-destructing.

Hunter has been Season 2's most exciting addition, but how much of his character was culled from Marvel comics, and how much was invented for the show? It's an interesting question, since S.H.I.E.L.D. tends to blur the line between adaptation and original story, and Hunter firmly straddles that line.

He's got a promising future

On the show: Hunter is S.H.I.E.L.D.'s newest member, after working for years as a mercenary under the command of Director Coulson's friend Isabelle Hartley (Lucy Lawless). After Hartley was killed in the Season 2 premiere, Hunter transferred his allegiance to Coulson.

In the comics: Commodore Hunter was first introduced in the 1977 series Captain Britain. This version of the character was much older than he's portrayed on the show, and had a much loftier position: he was the Director of S.T.R.I.K.E. (Special Tactical Reserve for International Key Emergencies), which is basically the British version of S.H.I.E.L.D. This meant he was Nick Fury's equal; in fact, the two men teamed up to take down the Captain America villain Red Skull.

It's a long road from arrogant commando to head of a top-secret world-saving organization. Will Hunter's arc on the show find him slowly proving himself and ascending the ranks of S.H.I.E.L.D. until he's powerful enough to start his own agency? It's unclear if the show ever intends to introduce S.T.R.I.K.E., but Hunter certainly seems like he has a bright future ahead of him.

On the show: At the end of the most recent episode, "A Hen In The Wolf House," it was revealed that the ex-wife Hunter was always complaining about is, in fact, Bobbi Morse, aka. Mockingbird. She emerged from an undercover stint as Hydra's Chief of Security to save Agent Simmons, and now the two former spouses will be forced to co-exist on the same team.

In the comics: On the page, Agent Morse was indeed married to a S.H.I.E.L.D. agent, although it wasn't Hunter. Clint Barton, aka. Hawkeye (the archer portrayed by Jeremy Renner in the MCU), was actually Mockingbird's spouse: they eloped after the villain Crossfire kidnapped them both and tried to make them kill each other using hypnotic ultrasounds. (Ah, love...)

This is sad news for Renner, whose role is often considered one of the most underdeveloped in the entire MCU. (He spent the majority of The Avengers as a mindless zombie and was written out of a planned appearance in The Winter Soldier .) If they had kept Morse and Barton as spouses, perhaps Renner's Hawkeye could have cameoed on S.H.I.E.L.D. in much the same way that other big screen players like Samuel L. Jackson's Nick Fury and Cobie Smulders' Maria Hill have.

In the comics: After his arc with Captain Britain in 1977, the character of Lance Hunter wasn't used again until 2007, during the now-famous Civil War plot line. If Civil War sounds familiar, that's because it's the just-announced subtitle for the third Captain America film, in which Cap and Iron Man will face off over the proposed Superhuman Registration Act. So, how exactly did Lance Hunter play into that story? He was working with S.H.I.E.L.D. to formulate the British version of that controversial law.

In the MCU: With his direct ties to the Civil War plot, Lance Hunter seems perfectly situated to make the leap from Marvel's television universe to the multiplex. The way Blood's portrayal of the character has quickly become a favorite this season, he would be the perfect choice to make a cameo as an Easter Egg for S.H.I.E.L.D. fans. While it's unlikely that Hunter would have a huge role in Captain America 3, it would be nice to see Marvel acknowledge the success of its small screen sibling this season by promoting one of its characters to the big screen.