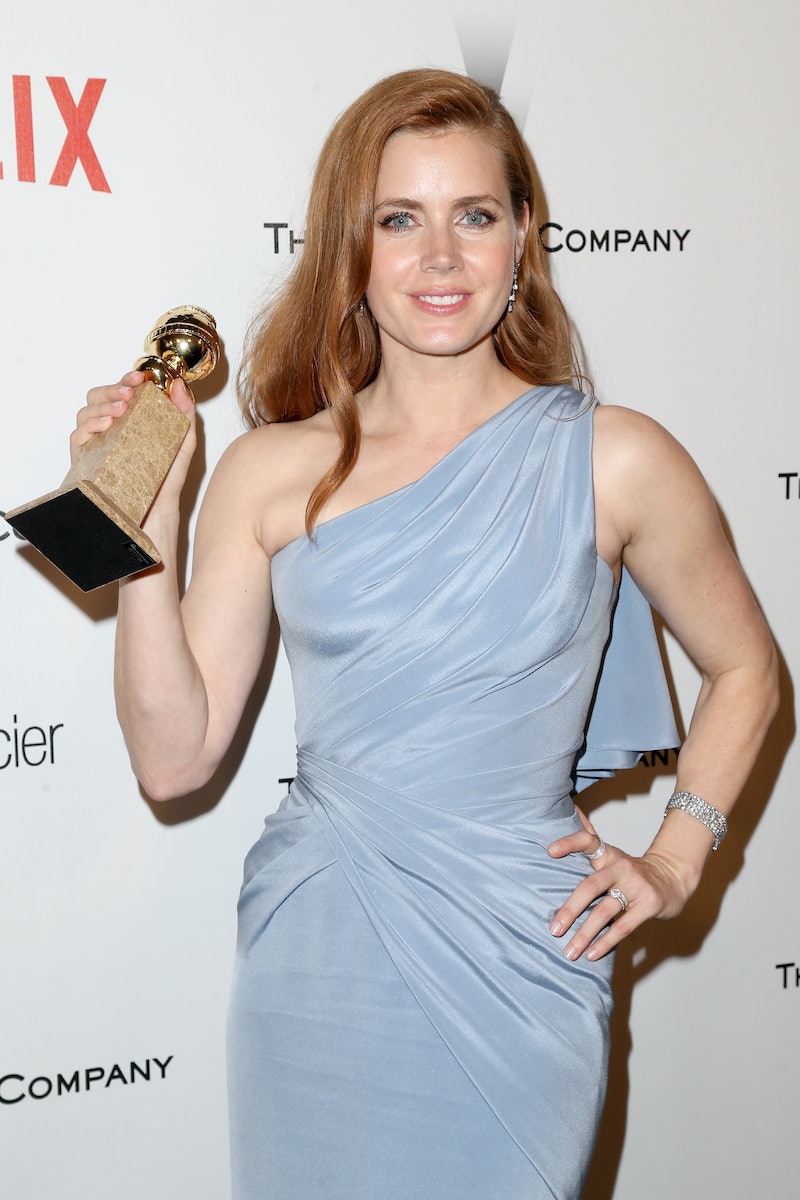 The progressive-minded entertainment consumer had a lot to celebrate during the 2015 Golden Globes ceremony. Viewers were treated to a thoroughfare of feminist ideology in the form of awards victories, acceptance speeches, and a few of hosts Tina Fey and Amy Poehler’s funniest jokes. But even in the ceremony’s active embrace of positive ideas on gender, it stood fairly weak in its prediction of a likewise progressive Oscars.

Just about every win and speech that might suggest a demolition of the industry’s longstanding barricade on strong female roles and stories came from the realm of television: Maggie Gyllenhaal’s The Honourable Woman triumph and Transparent wins for creator Jill Soloway and star Jeffrey Tambor topping the lot. In fact, the only big screen victor to broadcast inspiration in regard to the plight of a woman’s voice would be Amy Adams, touching boldly on these themes in the acceptance speech for her Best Actress in a Motion Picture – Comedy win for Big Eyes.

As such, we can’t exactly look forward to the Academy Awards with a full stock of optimism… at least not at first glance.

Adams isn’t likely to win again come February; her chances in the Best Actress Oscar category are slim in comparison to those of Julianne Moore, who also won a Globe for Best Actress in a Motion Picture – Drama on Sunday. Her role as the titular Alzheimer’s disease-afflicted professor and family woman in Still Alice makes her the favorite to take home the trophy next month).

While Moore’s own acceptance speech took traditional form — a long, scrambling list of names to thank, the occasional maxim about doing what you love — you might recall a brief aside referencing Still Alice novelist Lisa Genova’s fears that no one would want to see her book “about a middle-aged woman” turned into a movie. Moore didn’t expand on this thought, but clearly it’s one that lives with her. Perhaps she’s just saving the moving words for the real show? (And, yes, it’s okay if you’re a little cocky about this year’s Oscar, Julianne… you’ve more than paid your dues, and Still Alice is next level acting.)

The Globes’ cinematic realm boasted another big winning lady who stands as a favorite to take home the Academy Award: Patricia Arquette, playing Texan mother and teacher Olivia in Richard Linklater’s monumental Boyhood. Once more, Arquette didn’t use the Globes to spout much in the way of progressive ideals, but it isn’t as though the platform wasn't present. Fey and Poehler, in fact, used Arquette’s 12-years-in-the-making Boyhood role to offer a crack about Hollywood’s aversion to older women: “Boyhood proves that there are still great roles for women over 40 as long as you get hired when you’re under 40.” Perhaps the quip might inspire an upping of the ante in Arquette’s Oscar night points of discussion? (And yeah, Patricia, you can be confident there, too).

But as for the rest of the ceremony? With fewer categories devoted specifically to female artists, and the absence of opportunity to celebrate modernity in gender ideals and sexual orientation via the likes of Transparent, The Honourable Woman, and The Normal Heart, are we relegated to yet another boys’ night? A celebration of movies about bravado-stricken self-sabotaging males, like Birdman and Whiplash?

And what about the Best Screenplay category? The Globes recognized just one women among the bunch: Gillian Flynn, who adapted her own novel Gone Girl to script for David Fincher’s film — but with the Oscars splitting its screenplay awards into Adapted and Original categories, Flynn has more of a chance to thrive.

Could we, perhaps, see a win for one of the most important female voices in cinema in 2014: Ava DuVernay, director of Selma ? Not only could her victory be an important element in the conversation about race that our country so desperately needs to have, but likewise in the propagation of a more woman-friendly Hollywood. As it stands, only one woman has ever won the Best Director Oscar: Kathryn Bigelow, for her 2009 film The Hurt Locker (which also won Best Picture — the only female-directed film to hold this honor).

So while we don’t have a guaranteed banquet of feminist progression come this year’s Oscars, we at least have some hope. Hope to hear some words of empowerment from Moore and Arquette, to see a win for DuVernay, and to get the message out: there are movies being made by and about woman. They’re good. And there need to be more.

More like this
Sandra Bullock, Girlboss Extraordinaire
By Matt Harkins & Viviana Olen
Jake Daniels Just Became The UK’s First Active Football Player To Come Out As Gay Since 1990
By Sam Ramsden
Simply Sayo Doesn’t Consider Kpoetry Hard Work
By Jessica Morgan
The 'Hocus Pocus' Sequel Finally Has A Release Date & It Makes Total Sense
By Shannon Barbour and Radhika Menon
Get Even More From Bustle — Sign Up For The Newsletter