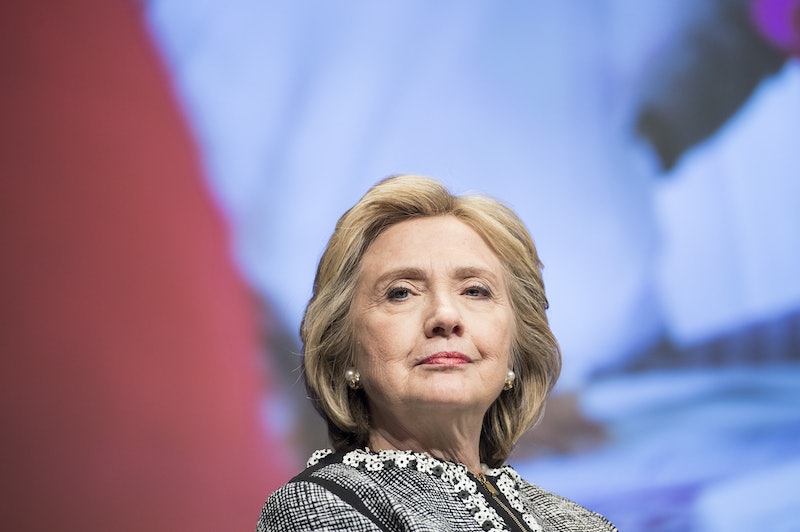 If you are woman who has acted assertively or outside the bounds of traditionally "ladylike" behavior, you have probably been called a bitch. The "ban bossy" movement tried to bring this problem to light, pointing out that we punish girls who take charge while we encourage boys to do the same, but "ban bitchy" has yet to take shape. A recent article in Fast Company discusses the "bitchy" stereotype that women face in the workplace and how to combat (or just become immune to) the problem. The author suggests remaining cool in the face of those b-word blows as opposed to responding with anger. If someone is pissed off, perhaps it's because you are doing something right.

Like those who have attempted to reclaim "slut," there are those behind "bitch," too. (It is the name of a very incisive feminist magazine, after all.) However, these efforts have had little impact on the word at large, and "bitch" still has bite. While some women question if they should speak their mind or aggressively pursue a goal for fear of being labeled the b-word, others embrace their personal power and go for it. From business to politics to entertainment, the women who could care less about societal judgements or seeming too tough to be desirable will always remain my heroes. If you google any of their names along with the word "bitch," you'll see just how much backlash they've received for merely acting like a man is supposed to. The following "bitchy" icons are really just women who get stuff done.

We want our politicians to come equipped with nerves of steel and to aggressively advocate for our individual interests, and yet, when a woman fulfills these requirements, she's a "ball buster" and a "bitch." There are too many horrible names former Senator, Secretary of State, and FLOTUS Hillary Clinton has endured, but the b-word is a mainstay. What's even worse is when male politicians fail to correct those who lob the word at such a credentialed woman.

Whether you love, hate, or are indifferent to her music, Madonna remains a major force in pop culture. She gets endless criticism for acting like the megastar that she is, when most male stars in her position rarely get questioned for their over-the-top bravado. She's taken matters into her own hands on her upcoming record by spinning the b-word to her liking with a response to her haters featuring Nicki Minaj called, "Bitch, I'm Madonna."

One of the six original supermodels who took the 1990's runways by storm, Naomi Campbell is known for her flawless physical form, take-no-prisoners attitude, and activist efforts. An outspoken advocate for women of color in the modeling industry, she spoke up about salary discrimination and broke ground by being the first black woman on the cover of French Vogue. Granted, her storied history of assaults and run-in's with the law (some warranted and some not) have added to her "bitchy" reputation, but perhaps she wouldn't be such a target for those allegations if she wasn't an imposing female figure?

As the second woman to ever hold a seat on the Supreme Court, Ruth Bader Ginsburg has been dedicated to gender equality throughout her storied legal career. She wouldn't dare sugarcoat her words to make anyone more comfortable, and is no stranger to backlash from the men around her for it. In fact, her nickname in law school was "bitch," and upon discovering this fact she quipped, "better bitch than mouse." If that doesn't exemplify an unshakable constitution and make her a badass bitch, what does?

If you google the words "diva" or "bitch" with Jennifer Lopez's name, it would take you a year to sift through the results. However you feel about J.Lo, her success and take-no-prisoners attitude that helped her climb from backup dancer to superstar is impressive. She is a woman who knows exactly what she wants and does everything in her power to get it. If that makes you a bitch, then most of us could only dream to live our lives with such magnificent bitchiness.

People absolutely love to hate on Martha Stewart. Sure, her whole shady financial dealings and jail stint didn't help, but she did manage to build a multi-million dollar empire out of sheer will and domestic prowess. Her recent feud with Gwyneth Paltrow, another high profile bitch, is only evidence that both women have strong opinions. We are allowed to disagree and even argue, you know. When men do it it's business as usual, but when women do it, it's a cat fight.

When the press isn't lauding Oprah's impact on network television or discussing her latest charitable contribution, they are uncovering dirt on how much of a difficult bitch she is. It makes sense that anyone who could would try to cut the Queen of All Media down to size. And what do people love to call Winfrey more than a bitch? A "fat bitch." However, these insults only seem to roll off her back (if she even acknowledges them at all). She's too busy being a billionaire.

Jill Abramson was the first female Executive Editor of The New York Times, and she was supposedly fired for being a "bitch." While we will never know whether it was actually gender bias or whether she just wasn't great at her job — or both — the word has been attached to her name ever since. A man has to go far beyond firm convictions to outright abuse to gain a similar title, and even then, he only gets the moniker "son of a bitch." However he acts, we still end up criticizing his mother instead. Go figure.